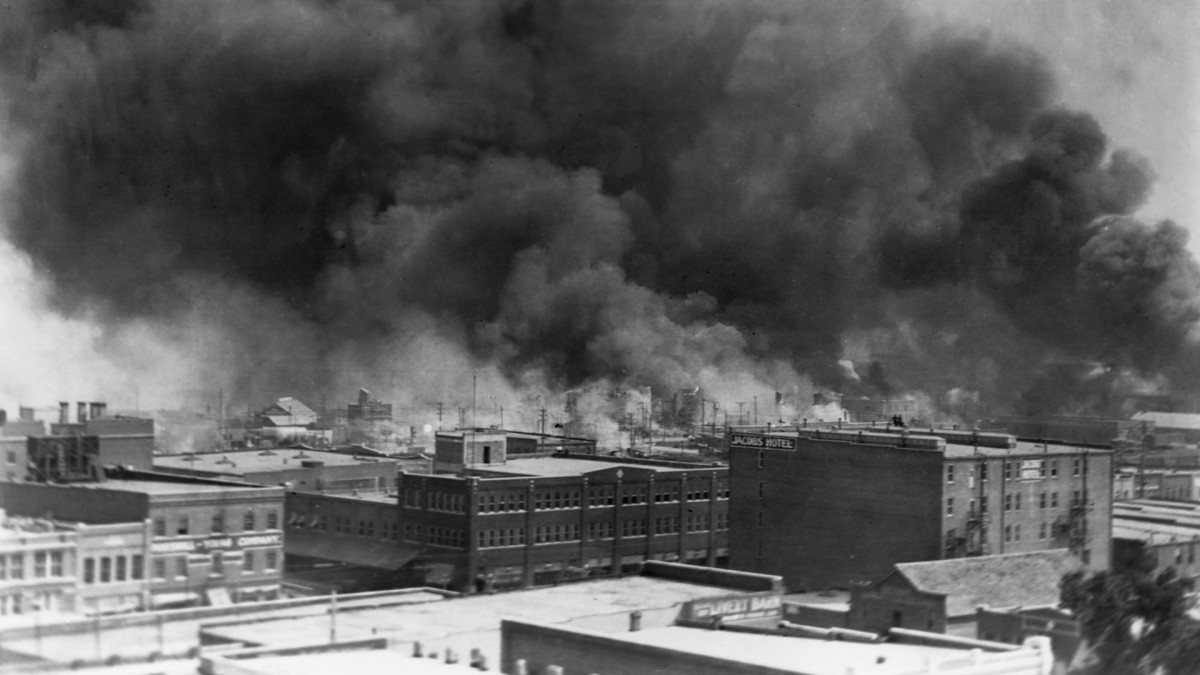 This week on CounterSpin: The word is a number of proposed documentaries about the 1921 murderous assault on Tulsa, Oklahoma’s, prosperous Black community, and how the story was not just little-known but actively erased, were meeting general disinterest. Then the TV show Watchmen, adapted from Alan Moore’s graphic novel, proved that—not to put too fine a point on it—white people could handle hearing the history. A false accusation against a young Black man led to a lynch mob and the descent of hundreds of “deputized” white people on the part of town known as Black Wall Street. The assault left this area, which represented the success and the hopes of Tulsa’s Black community, a blasted ruin, with hundreds dead and hundreds more wounded and scattered.

It’s no criticism of the show, generally credited with handling the harrowing events respectfully, to acknowledge that “what white people are comfortable with” can’t be the criterion for what history is allowed to enter public discourse and to shape it. So while the present reflection on the Tulsa nightmare is welcome and overdue, we might still think about who decides what lessons we take away, given that journalism has been central to public reckoning with Tulsa ever since that late May night 100 years ago.

We’ll talk about journalism and the Tulsa massacre with Joseph Torres, co-author of News for All the People: The Epic Story of Race and the American Media, and senior director of strategy and engagement at the group Free Press.

Plus Janine Jackson takes a quick look at Amazon‘s “native” advertising and the US’s non-support for public media.