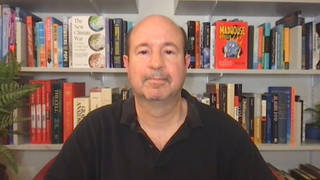 We speak with leading climate scientist Michael Mann about the catastrophic impact of the climate crisis around the world. He says he and other scientists predicted the extreme weather events now wreaking havoc. “We said that if we don’t stop burning fossil fuels and elevating the levels of carbon pollution in the atmosphere and we continue to warm up the planet, we will see unprecedented heat waves and wildfires and floods and droughts and superstorms,” says Mann. His new book is titled  “The New Climate War: The Fight to Take Back Our Planet.”