When civilians in Austin, Texas, have called the police in recent months, some have gotten an unusual response: Members of the Austin Police Department are telling residents that they can’t respond to requests for help because reform-focused district attorneys at the city and county levels won’t prosecute crime. While neither district attorneys’ policies forbid police from intervening in crimes or even making arrests, some officers are telling residents that their hands are tied. The push comes as the local police union and allied political leaders are ramping up a campaign for a November ballot measure that would require the city to hire hundreds of new officers next year.

The district and county attorneys in Travis County, where Austin is located, sent letters on Wednesday to the Austin city manager requesting an update on the “increasing incidents of some Austin Police Department Officers declining to investigate suspected criminal activity and suggesting to community members it is because our office will not prosecute the cases,” as Travis County District Attorney José Garza put it in his August 3 letter, noting that he first raised the issue in June. The same day, Travis County Attorney Delia Garza wrote a similar letter describing the reports as “disturbing” and calling on officials to “set aside political agendas and remain focused on the jobs we have been entrusted.”

In Austin, where the Travis County district attorney handles felonies and the county attorney handles misdemeanors, both Garzas won their elections last year on criminal justice reform platforms. They both vowed to move away from the “tough-on-crime” strategies that have historically harmed poor, Black, and brown communities and seek to end the criminalization of poverty by eliminating cash bail, expanding diversion programs, and treating substance abuse as a public health issue. Delia Garza’s office started an early case review process in March to identify cases that will ultimately be rejected or dismissed, many of which seek prosecution of criminal trespassing.

At a virtual meeting of a local neighborhood association in June, an Austin police commander and two officers told the audience that they could no longer make arrests for certain crimes, Windsor Hills Neighborhood Association Secretary Jeremy Hendricks told The Intercept. Hendricks, who voted for José Garza and works for a local labor union that endorsed him, said he was “dumbfounded” as police described what they saw as futility in responding to crime with the knowledge that low-level offenders would soon be released. In response to attendees’ complaints that calls weren’t being answered in a timely manner, the police said they didn’t have enough officers because the city council had defunded them. 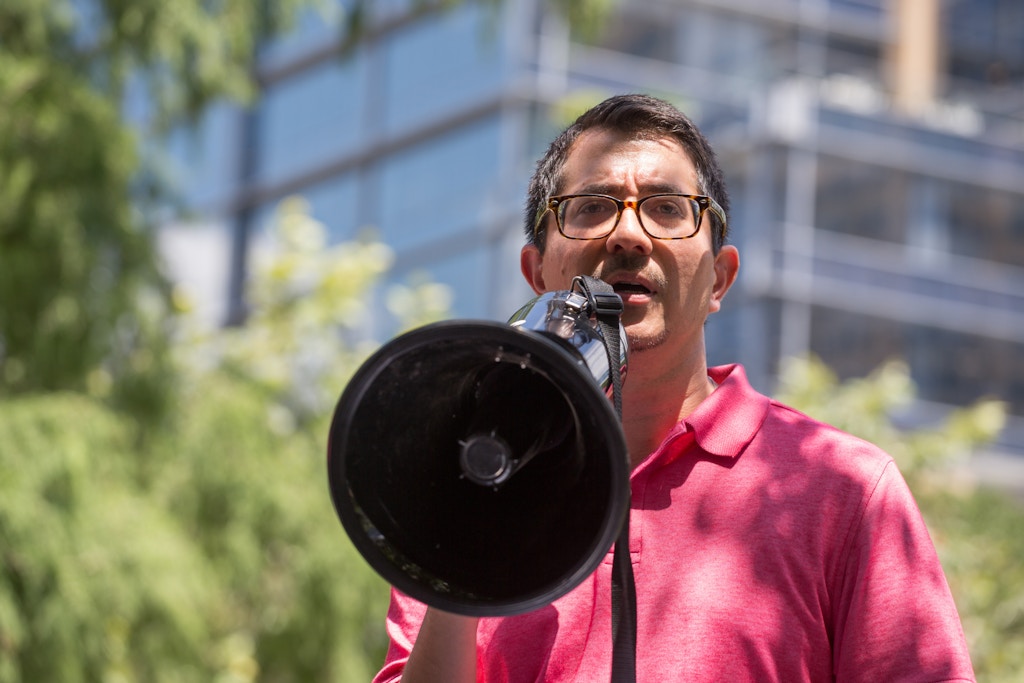 What the cops didn’t say at the time, according to Hendricks, was that local law enforcement interests were preparing to launch a campaign for a ballot measure that would require Austin to hire between 300 and 500 new police officers next year. (The precise number of officers has not been determined yet and would be proportional to the city population per U.S. Census data.) The campaign comes after Austin City Council voted last year to cut or reallocate $150 million from the $434 million police department budget following worldwide protests against police brutality.

“They’re basically trying to bypass the budget process by putting that on the ballot this fall,” Hendricks said. A political action committee called Save Austin Now successfully submitted more than 25,000 signatures last month to add the measure to the ballot in the state’s upcoming elections. Austin voters will decide on the measure in November. The same PAC was behind a May ballot measure that reinstated a previous ban on homeless encampments, resting in public spaces downtown and near the University of Texas, and panhandling. Camping is still allowed in designated parts of the city.

As has been the case with many progressive district attorneys elected in recent years, the backlash to the Texas DAs’ approach has come in large part from law enforcement and right-wing media. District attorneys with similar decarceral approaches in California, Pennsylvania, and Virginia have faced recall efforts and campaign challenges funded by tech investors, Republicans, and law enforcement agencies. This June in Baltimore, business owners in the Fells Point neighborhood threatened to withhold taxes and other fees until city officials enforced laws against open-air alcohol and drug sales, parking and traffic violations, and empowered police to fight “a culture of lawlessness.”

At least four similar cases have been brought to the attention of the attorneys’ offices, and some business owners have directed complaints to the offices themselves. In July, an individual reported repeated vandalism at a small business, alleging that the assailant was at the scene, but APD officers refused to take action on the grounds that the DA’s office would not prosecute. According to the civilian’s complaint, which a local reporter shared with the Travis County DA, the officers said the DA had undermined local patrols in their ability to pursue arrests or convictions. The officers also said that they had been ordered to stand down and ignore reports of vandalism by people experiencing homelessness.

Another Austin resident who lives across the street from a homeless encampment reported that in response to his concerns about drug dealers operating in the camp, officers said they were under-resourced and unwilling to invest in the issue, and did not think it was worth bringing evidence to a DA who won’t prosecute. The resident said they didn’t think drug users should be prosecuted, but thought that dealers should, and reached out to the Travis County DA’s Office to clarify its policy on prosecuting cases of drug distribution.

One business owner wrote to the Travis County attorney to say that APD was refusing to enforce laws because the office had stopped filing charges. Another business owner located near a homeless encampment told the office that they had called APD at least five times to respond to trespassing cases, and police had told them they weren’t arresting people anymore because the county attorney’s office would not prosecute cases of criminal trespass or drug charges for people without housing. “Your office cannot make an arbitrary decision to stop enforcing our laws,” they wrote in an email.

The Austin Police Department did not respond to a request for comment.

“I have a great deal of respect for the work that our police officers do and the sacrifices they and their families make to keep us safe. Unfortunately, some are misinforming the public and it’s important to set the record straight,” Delia Garza said in a statement to The Intercept. “The public looks to law enforcement as an authority figure in our community and ensuring we all receive accurate information is something we should all take incredibly seriously.”

Austin voters elected officials “who we believe are gonna change our criminal justice system and make it more fair and equitable,” Hendricks said. “We want the police to work hand in hand with our elected officials to do that. And when they’re working in concert against them, and to undermine them, that’s what’s alarming.” When both attorneys first took office, Hendricks pointed out, police sent some signals that they wanted to work with prosecutors to do things differently, such as by making changes to their cadet training academy. “But this is absolutely contrary to that.”