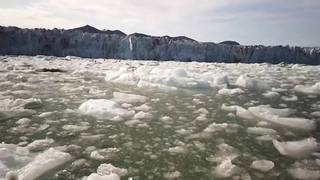 We continue to discuss the latest Intergovernmental Panel on Climate Change report, which details the damage of climate change already underway around the world and warns that much worse is yet to come unless governments drastically reduce their greenhouse gas emissions. The report tallies the losses from human-induced climate change “in an absolutely scientifically verifiable and attributable manner,” says climate scientist Saleemul Huq, director of the International Center for Climate Change and Development in Bangladesh. “The path to keeping it below 1.5 degrees is diminishing by the hour.” We also continue with Kim Cobb and Bob Kopp, two lead authors of the new IPCC report.