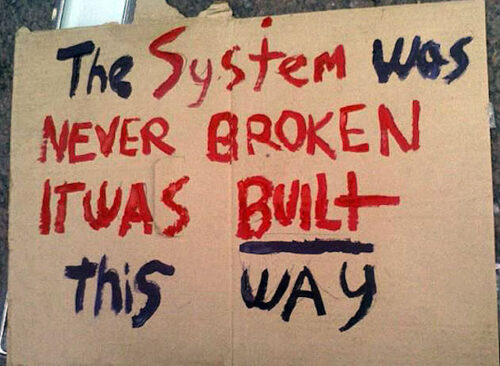 Both chronic stress and manipulative abuse can lead to an impairment of cognitive functioning. Whenever humans experience ongoing anxiety, their prefrontal cortex will generate increasingly higher levels of cortisol. Cortisol is a stress hormone that helps us deal with threats and danger. If stress — real or perceived — becomes chronic, we can get stuck in this state of high alert. The brain cannot differentiate between real and fake news. It initiates and sustains the body’s stress response for as long as you feel anxious, tense, worried, or scared.

According to the American Psychological Association:

Fifty-six percent said that the mere act of staying informed by following the news causes them intense stress. Three out of four Americans reported experiencing at least one stress symptom in the last month — and this survey was taken BEFORE the pandemic and ensuing lockdowns.

Prices go up. Rents go up. The number of billionaires goes up. Everything goes up… except wages and quality of life. I could go on but you get the idea. Everyday life in the Home of the Brave

— by definition — keeps the vast majority of its residents in a state of deep distress and high anxiety. 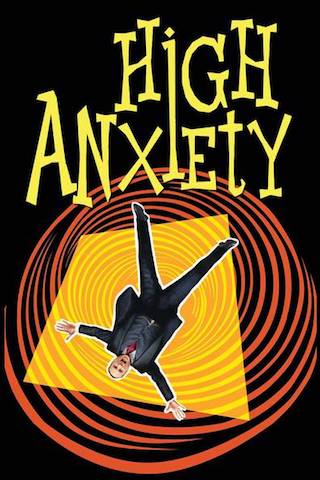 This explains why so many of us jammed into supermarkets to fight each other for the right to hoard inordinate amounts of toilet paper when the dangerous and unnecessary pandemic lockdowns were implemented.

When stress is chronic and cortisol is raging, we make exponentially more mistakes. We struggle to complete tasks, we lose concentration, we forget basic information, and we repeat ourselves in conversation. Since life itself in this corrupt culture is a source of relentless anxiety, most of us live in an altered state of inefficiency and confusion. However, this reality is so normalized that it’s become invisible and we often think we’ve got it good. After all, look at all these neat gadgets we own and get to stare at all day, every day.

Think about it: We’re alive because our ancestors were the ones who used anxiety and hyper-vigilance to survive. The more casual or reckless early humans weren’t around long enough to pass on their genes. So, here we are — hard-wired with a hair-trigger fight-or-flight response — and we’re stuck in a world in which simple acts like breathing air or visiting a doctor are unhealthy or possibly lethal. Translation: We are the ideal subjects for a grand social experiment. 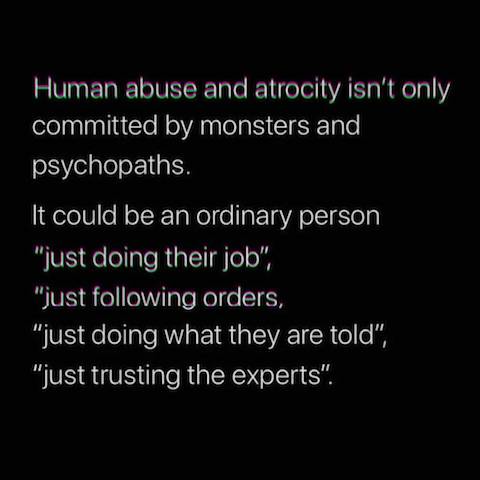 If you were a member of the elite class — or the proverbial 1% — wouldn’t you prefer that the masses were pliable, easily controlled, and happy to settle for crumbs? Why wouldn’t you rig circumstances in such a way as to keep billions of potential challengers off-balance, frightened, and divided? What better way to maintain power and control than to implement an insidious form of group manipulation? It’s what cult leaders do. It’s what domestic abusers do. It’s what dictators do. And what are those in power if not abusive and narcissistic sociopaths?

I know, the easiest and most alluring path for you right now is to dismiss this as a “conspiracy.” I get it. Life seems far more palatable if you choose denial. It feels so much simpler if you choose to believe those on top are not abusing you. You may even tell yourself that people never do things like create an oppressive, unfair system just to keep their fellow humans subdued and passive. If that’s your premise, let’s explore it for a few minutes.

Would the folks who run things in God’s Country

ever coerce people through abusive behaviors? You might want to ask the detainees at the U.S. prison in Guantanamo Bay. As reported by the New York Times, the U.S. hired “two C.I.A. contract psychologists” to create a program that used “violence, isolation and sleep deprivation on more than 100 men in secret sites, some described as dungeons.” Tactics included waterboarding and cramming men into small confinement boxes. The idea here was to induce so much chronic stress, it would break their resistance.

Human Rights Watch has documented other devious and abusive red-white-and-blue techniques paid for by your hard-earned tax dollars; e.g., mock execution by asphyxiation, stress positions, hooding during questioning, deprivation of light and auditory stimuli, and use of detainees’ individual phobias (such as fear of dogs) to induce debilitating stress.

The Land of the Free

incarcerates more people than any other nation in the world. The Center for Constitutional Rights reports that such prisoners are “repeatedly abused by their guards, fellow prisoners, and an ineffective and apathetic system. They suffer beatings, rape, prolonged solitary confinement, meager food rations, and frequently-denied medical care.” All in the name of punishment and pacification.

Abusers, says the UN, use actions or threats of action to influence others. This includes any behaviors that frighten, intimidate, terrorize, manipulate, hurt, humiliate, blame, injure, or wound someone. Are you frightened by the lack of financial stability? Are you terrorized by the threat of sexual assault or injury by medical error? Does the possibility of eviction, homelessness, and poverty manipulate you into making choices you abhor, choices that violate your deepest values and individual freedoms? 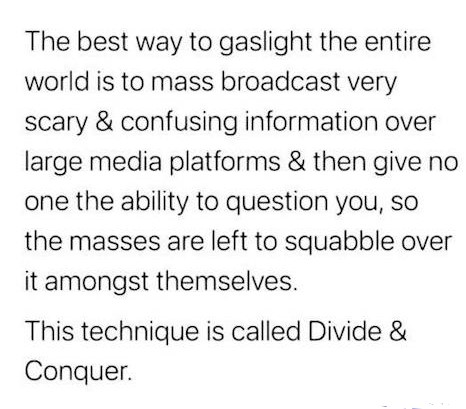 If you declare “the system is broken,” just about everyone will agree with you for one reason or another. But what if it’s not broken? What if it’s running exactly as it’s designed to run? A minuscule percentage of humans make the rules and thus reap virtually all the material rewards. The rest of us suppress our desires, our individuality, and our dreams in the name of survival — in its most meager sense. We’re wounded and intimidated into submission, too programmed and fearful to even think about rebellion… let alone solidarity with all the other victims.

Pro tip: All it takes to flip the script is for each of you to change your mind. Demand more pleasure instead of less pain. It doesn’t have to be like this. In fact, it can’t be like this if we take off the blinders and see the ugliness of reality.

“To ask serious questions about the nature and behavior of one’s own society is often difficult and unpleasant,” writes Noam Chomsky. “Difficult because the answers are generally concealed, and unpleasant because the answers are often not only ugly but also painful. To understand the truth about these matters is to be led to action that may not be easy to undertake and that may even carry a significant personal cost.”

Truths like those discussed in this article are ugly and painful but that’s why the big lies are invented in the first place. On that note, I leave you with this from the English Romantic poet, Percy Bysshe Shelley:

Rise like Lions after slumber
In unvanquishable number –
Shake your chains to earth like dew
Which in sleep had fallen on you
Ye are many – they are few.