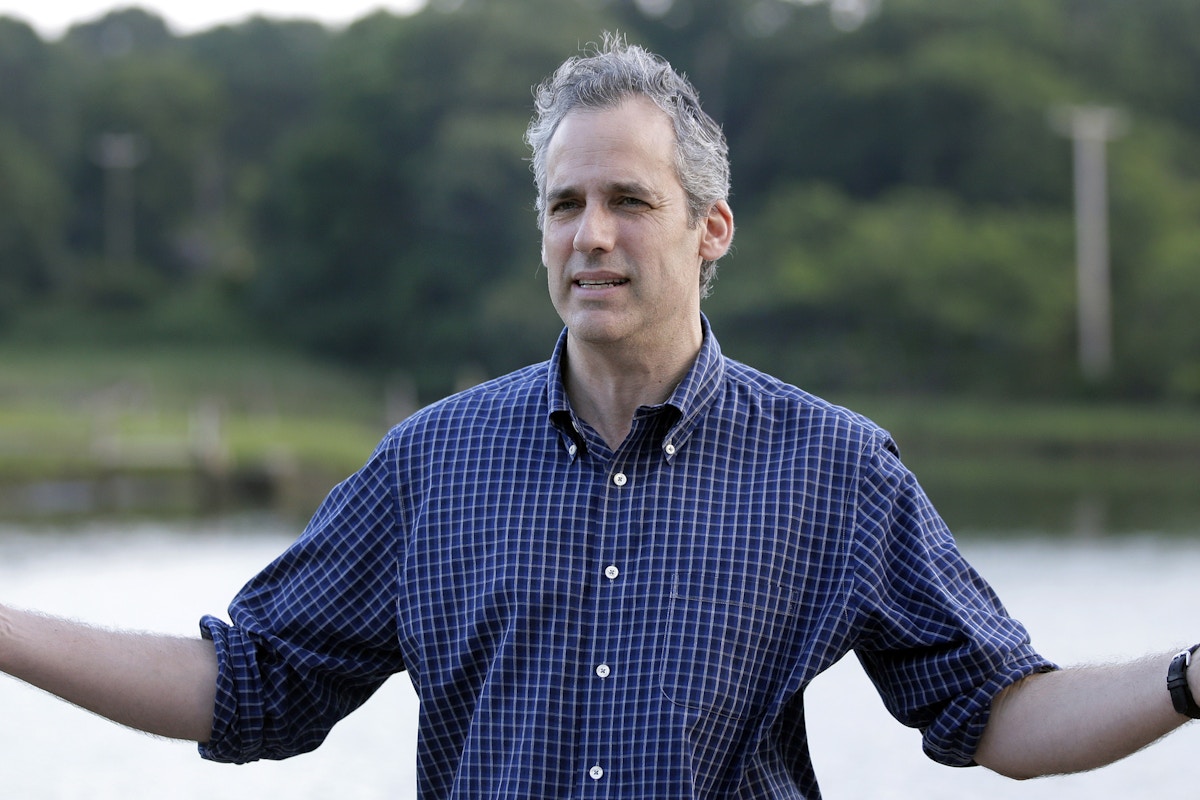 An unprecedented slate of 50 insurgent candidates is teaming with a viable gubernatorial ticket in an effort to throw out the Democratic political establishment in Rhode Island.

The 50 candidates will all be part of the Rhode Island Political Cooperative, a novel formation that seeks to give insurgents the benefits of scale and coordination that the party establishment has long relied on. Candidates paid dues into the co-op, and the co-op helped candidates manage their races and execute the mechanics of a campaign that are often daunting to first-time challengers. They join Matt Brown, a former Rhode Island secretary of state, who’ll be running for governor; and Cynthia Mendes, the recently elected state senator now running for lieutenant governor.

“We have looked at and talked to a bunch of progressive partners around the country — West Virginia did West Virginia Can’t Wait,” said Brown, referencing the 2020 grassroots movement to bring a pro-labor electoral infrastructure to Charleston. “The co-op model is, we think, kind of a breakthrough in progressive political organizing because the candidates pay dues and that means that the co-op can provide direct services to them, everything A to Z: campaign manager, recruitment, candidate training, writing campaign plans. So it’s really like running a statewide, coordinated campaign for 50 candidates.”

The Sunrise Movement, the youth-led climate organization, has already endorsed the slate and is out with an ad promoting the bloc of candidates.

After Gov. Gina Raimondo, a Wall Street-friendly venture capitalist, resigned to become President Joe Biden’s commerce secretary in March, Lt. Gov Dan McKee, a moderate Democrat, was sworn in as governor. McKee and a handful of other Democrats are also vying for governor in 2022.

Brown challenged Raimondo in 2018 but did so without a statewide network, losing in the primary 57-34 percent, or roughly 28,000 votes.

But this time, Brown has a stronger progressive network to tap. The Rhode Island Political Cooperative won 10 of its 24 races in the 2020 election cycle: two for city council, five for state Senate, and three in the House.

Those victories shook up the state legislature. The General Assembly, which had balked at a minimum wage increase for years, quickly passed a bill lifting the minimum to $15 an hour, while making additional nods in a progressive direction.

But for the insurgents, it quickly became clear that a more wholesale sweep was needed. Mendes, who had knocked off the finance chair, said that she was taken aback at the apathy and callousness on display from her Democratic colleagues. “As a state Senator, I witnessed really up close and personal the apathy and negligence of our government and just how they just refuse to work on behalf of the people even in the moments of our greatest need,” she said. It was one thing to intellectually understand the corruption of the state government, but it was another thing altogether to see it up close.

It was difficult, Mendes said, “to deal with the ache of being in that space and realizing how much they didn’t care.” Mendes, a single mom and a nurse, said that the gap between her everyday life at home and her life in the statehouse was monumental. “To live in a community where there’s a sense of urgency that there are deep needs around us, and that we need to address them, and then go into a chamber where people are interested in going to fundraisers, and getting a headline, and getting in front of a camera — it’s actually surreal,” she said.