Radio Free never takes money from corporate interests, which ensures our publications are in the interest of people, not profits. Radio Free provides free and open-source tools and resources for anyone to use to help better inform their communities. Learn more and get involved at radiofree.org
CounterSpin210924Guestname.mp3 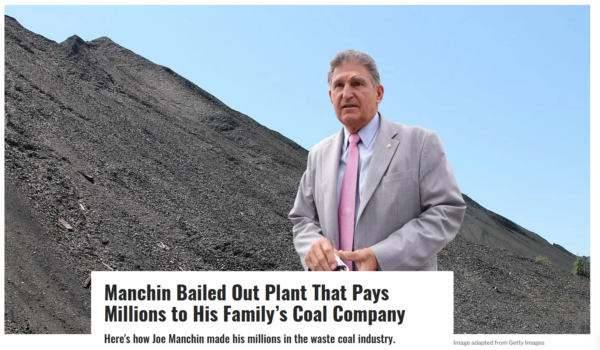 This week on CounterSpin: A recent New York Times story about Senate Energy Committee chair Joe Manchin’s conflicts of interest quoted a source saying, “It says something fascinating about our politics that we’re going to have a representative of fossil fuel interests crafting the policy that reduces our emissions from fossil fuels.” A lot of people would say that’s less fascinating than horrific, particularly in the context of a new global survey of people between 16 and 25 that found that more than half of them believe “humanity is doomed”—and that 58% of young people said their governments are betraying them. You can’t talk about why we can’t get to realistic climate policy without talking about that betrayal, and its roots. Which is why we talk about Joe Manchin with David Moore, co-founder of investigative news outlet Sludge.

Also on the show: We get an update on media coverage of Covid with FAIR’s editor, Jim Naureckas.