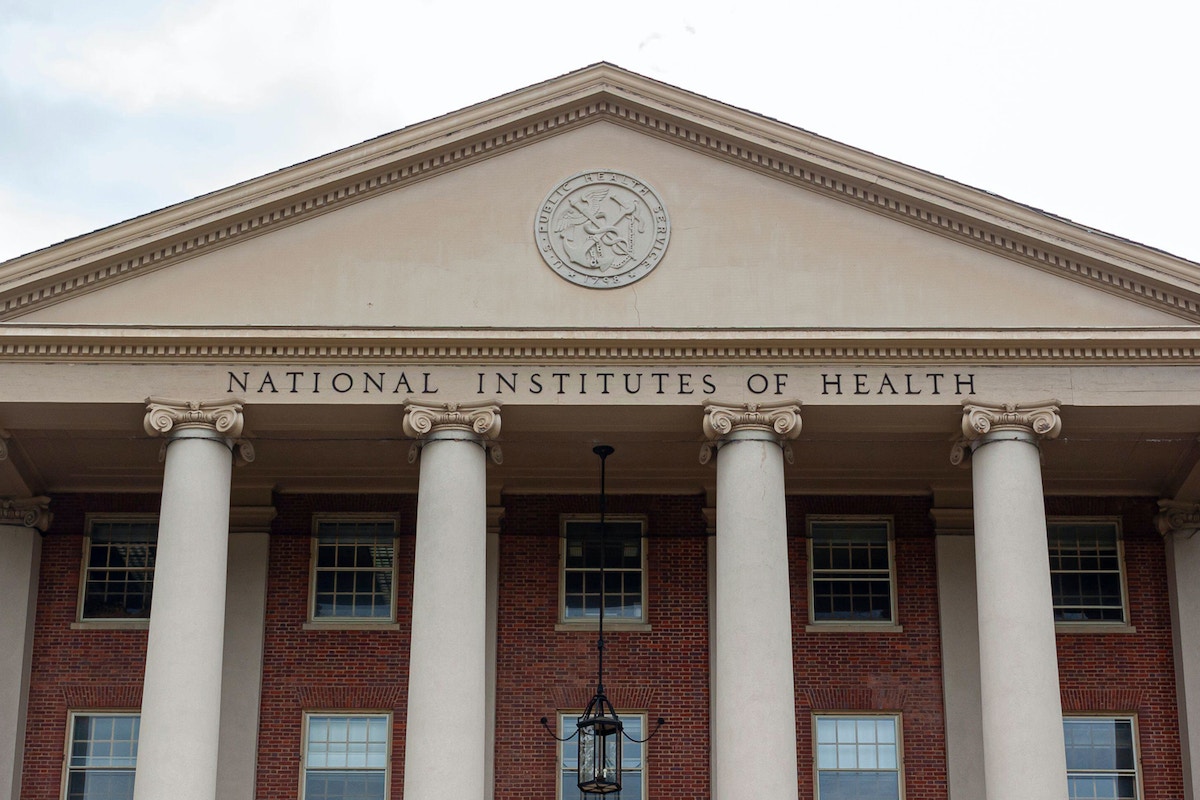 A progress report detailing controversial U.S.-funded research into bat coronaviruses in China was filed more than two years after it was due and long after the corresponding grant had concluded. The U.S.-based nonprofit the EcoHealth Alliance submitted the report to its funder, the National Institutes of Health, in September 2020, while the group was engulfed in controversy surrounding its work with partners in China. The Intercept obtained the report, along with the grant proposal and other documents, through a Freedom of Information Act lawsuit.

Scientists consulted by The Intercept described the late date as highly unusual and said it merited an explanation, given the controversy surrounding the EcoHealth Alliance’s work at the time that the report was submitted. The scientists spoke under the condition of anonymity due to the sensitivity of the topic with the NIH, the world’s leading funder of biomedical research.

The annual report described the group’s work from June 2017 to May 2018, which involved creating new viruses using different parts of existing bat coronaviruses and inserting them into humanized mice in a lab in Wuhan, China. The work was overseen by the NIH’s National Institute of Allergy and Infectious Diseases, which is headed by Anthony Fauci.

Neither the NIH nor the EcoHealth Alliance offered an explanation for the date of the report or responded to questions from The Intercept about whether another version of the report had been submitted on time and, if so, in what ways that version may have been altered.

The Intercept is seeking any missing progress reports, among other documents, through ongoing litigation against the NIH.

The agency has been criticized for withholding information that might relate to the origins of the coronavirus pandemic, which is now responsible for more than 4.5 million deaths around the world. “NIH has a public responsibility to be fully transparent on why it gave funding to the EcoHealth Alliance, whether it considered the potential of a possible accidental leak of dangerous bat viruses, and the ethics of approving the study,” said Lawrence Gostin, a professor at Georgetown University’s school of law and director of the World Health Organization Collaborating Center on National and Global Health Law. “Overall, it is important to fund good basic research on bat viruses, but the project has been shrouded in uncertainty and lacks full transparency.”

The progress report and other documents were released by the NIH over a year after The Intercept and others requested them. “What [the NIH] really needs to do is not just react to FOIA requests. They need to be proactive and say, ‘OK, here’s the process, and here’s the outcome.’ And they haven’t done that,” said Gregory Koblentz, director of the Biodefense Graduate Program at George Mason University. “That just raises questions about why they’re dragging their heels. They should have provided all relevant information months ago.”

The EcoHealth Alliance and its longtime partner the Wuhan Institute of Virology have come under intense scrutiny in the search for the pandemic’s origins. The two groups are at the center of the lab-origin hypothesis, the idea that the coronavirus could have emerged through a lab accident, the collection and storage of thousands of bat coronavirus samples, or through divisive research that makes viruses more transmissible in order to study how they evolve.

There has been no shortage of unsubstantiated ideas in circulation about SARS-CoV-2, the coronavirus that causes the respiratory illness Covid-19, several of which continue to be used as political wedges by former President Donald Trump and the far right. But EcoHealth Alliance President Peter Daszak helped organize scientists to tar any discussion of a possible lab origin, even if it was science-based, as a conspiracy theory.

In February 2020, the medical journal The Lancet published a statement decrying the spread of “rumours and misinformation” around the origins of the pandemic. “We stand together to strongly condemn conspiracy theories suggesting that COVID-19 does not have a natural origin,” read the letter. Daszak was not among its 27 signatories, but emails later obtained by U.S. Right to Know showed that he had orchestrated the effort. Daszak has also served on two international committees tasked with investigating the origins of the pandemic, despite having a clear conflict of interest. (Last weekend, the Wall Street Journal reported that one of these committees, a task force convened by The Lancet, would be disbanded.)

For months, Daszak continued to push the notion that a lab origin was preposterous. “They’re coming at this with the belief system that there’s a cabal of mysterious international folks who are trying to kill people,” he said in an online seminar in October 2020, of those who believe it’s possible that the virus that causes Covid-19 emerged from a lab. “They come at it with a belief system. So logic jumps out the window.”

The unusually dated EcoHealth Alliance progress report adds to a string of missing, incomplete, or disappeared information that could be relevant to the origins of the pandemic.

The report describes work done in year four of the five-year, $3.1 million NIH grant “Understanding the Risk of Bat Coronavirus Emergence.” It was due in April 2018. The version released by the NIH was submitted over two years later, after The Intercept had filed a public records request seeking the bat coronavirus and other NIH grants to the EcoHealth Alliance.

The NIH sends out automatic reminders ahead of key due dates and makes the distribution of new funding contingent upon receipt of the previous years’ annual reports. According to an NIH instruction manual, submission dates are automatically generated, meaning that the date could not be a typo.

Adding to the evidence that the annual update was submitted in 2020 are references to studies that were published after 2018, when the update was due. NIH progress reports include a section in which researchers list any papers that have been published or accepted for publication. In the EcoHealth Alliance progress report, the section lists papers published in 2019 and 2020.

Many researchers say the experiment that involved infecting humanized mice with altered bat coronaviruses described in the annual report qualifies as “gain-of-function research of concern.” None of the viruses described in the experiment are related to SARS-CoV-2 closely enough to have evolved into it. But scientists said the odd submission date raises questions about whether information in an earlier draft of the report had been altered — or omitted — amid controversy over the EcoHealth Alliance’s work in Wuhan.

Early on, several groups, media outlets, and individuals requested the grant documents and communications surrounding them, an effort that apparently irked Daszak. “Conspiracy-theory outlets and politically motivated organizations have made Freedom of Information Act requests on our grants and all of our letters and e-mails to the NIH,” he told Nature in August 2020. “We don’t think it’s fair that we should have to reveal everything we do.”

The Intercept requested the grant documents from the NIH on September 3 of that year. The anomalous progress report was submitted less than two weeks later, on September 16.

The documents released to The Intercept are also missing a year-five progress report, covering the crucial period of June 2018 to May 2019, which was due in September 2019, according to NIH guidelines. Scientists said that NIH program officers sometimes overlook reports for the final reporting period, but taken together with the odd date on the year-four report, the omission raises questions that the agency should answer.

Federal funding documents are routinely released under the Freedom of Information Act. In this case, public interest in the origins of the pandemic should have led to a timely and full release of documents, transparency experts say. “The presumption of disclosure is all the more crucial when dealing with documents that are squarely in the public interest,” said Gunita Singh, a staff attorney with the Reporters Committee for Freedom of the Press. “And records about how the pandemic may have originated and where our taxpayer dollars have been spent are clearly worthy of public observation and scrutiny and debate.”

“Records about how the pandemic may have originated and where our taxpayer dollars have been spent are clearly worthy of public observation and scrutiny and debate.”

The origins of the pandemic remain hotly debated. In August, President Joe Biden announced that a three-month inquiry into the matter by U.S. intelligence agencies was inconclusive. Many scientists lean toward a natural origin, but in recent months an increasing number of prominent researchers have gone on record as saying that a lab origin deserves thorough investigation.

The progress report is just one of many missing puzzle pieces that could shed light on the question. In June, evolutionary biologist Jesse Bloom reported that key data from Wuhan had been deleted from an NIH database, a move allowed by NIH rules but that is nonetheless unusual. From a Google Cloud server, he recovered 13 partial viral sequences collected from people in the city in the early days of the pandemic. These added to evidence that the coronavirus was circulating in the city long before the December 2019 outbreak at the city’s Huanan seafood market, which was a major focus of the recent WHO report on the origins of the pandemic. It turned out that researchers from Wuhan University had emailed the NIH in June 2020 to request that the sequences be deleted.

Then in July, after the Washington Post reported on other discrepancies in early WHO data, the WHO changed the virus sequence IDs associated with three early patients described in the joint report.

There are also important gaps in what we know about the history of RaTG13, a relative of SARS-CoV-2, which was sequenced and written about by scientists at the Wuhan Institute of Virology. Last summer, Shi Zhengli, director of the Center for Emerging Infectious Diseases of the Wuhan Institute of Virology, admitted to Science magazine that RaTG13 was a renamed version of a virus found in a Chinese mineshaft where miners fell ill in 2012. But that admission only came following pressure from independent scientists.

Also unresolved are questions about revisions made to public databases of viruses that infect pangolins and about a database that the Wuhan Institute of Virology took offline in September 2019, claiming that it had been hacked.

In 2019, the NIH renewed the EcoHealth Alliance bat coronavirus grant for a second five-year period. The Trump administration suspended funding in April 2020. (The NIH reinstated the grant in July 2020, under strict terms that Daszak said his group could not meet.) It is unclear whether the EcoHealth Alliance would have been required to file a progress report for the final year of the grant, given that it was terminated.

This content originally appeared on The Intercept and was authored by Mara Hvistendahl.