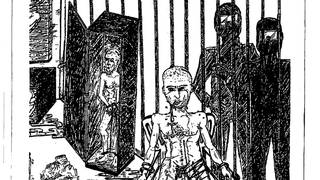 The Supreme Court heard oral arguments Wednesday in a case brought by Abu Zubaydah, the Guantánamo prisoner who was the first subject of the CIA’s torture program. Zubaydah’s legal team has spent years trying to obtain testimony from two psychologists who helped the CIA design and implement his torture, and the Biden administration is continuing the Trump’s administration strategy to keep key information about Zubaydah’s torture in Poland classified despite the fact that the two psychologists are willing to testify. Several justices contradicted the Biden administration, suggesting Zubaydah, the only witness besides the psychologists to the torture in Poland, testify himself, and expressing frustration that Zubaydah is still being held incommunicado at Guantánamo. We speak with Abu Zubaydah’s attorney, Joe Margulies, and Pulitzer Prize-winning journalist Raymond Bonner, who has long followed the case. “The legal justification for continuing to hold [Guantánamo detainees] has disappeared,” says Margulies.