Janine Jackson interviewed Lisa Graves about the fight for the Postal Service for the October 8, 2021, episode of CounterSpin. This is a lightly edited transcript.

Janine Jackson: When anti-government zealots take control of government agencies, they generally talk about “efficiency,” and how government should “run more like a business.”

The US Postal Service is not McDonald’s; it’s critical infrastructure. So critical that it’s mentioned in the Constitution.

But, also, what business would trumpet a plan to make its service slower and more expensive? That’s just what the plan announced by Donald Trump donor and appointee Louis DeJoy looks set to do, for what analysts say would be negligible savings.

The first postmaster general in decades with no postal experience, DeJoy clearly has something else in mind other than shoring up the USPS, the most popular government agency, and the country’s second-largest employer, after Walmart. Unless, that is, he is stopped.

Here to talk about what’s going on, and what might be done about it, is Lisa Graves, executive director and editor-in-chief at True North Research. She joins us now by phone. Welcome back to CounterSpin, Lisa Graves.

Lisa Graves: Oh, it’s my pleasure to be back. And thank you so much for that beautiful and concise introduction about the challenges we’re facing. That was so well put. Thank you so much. 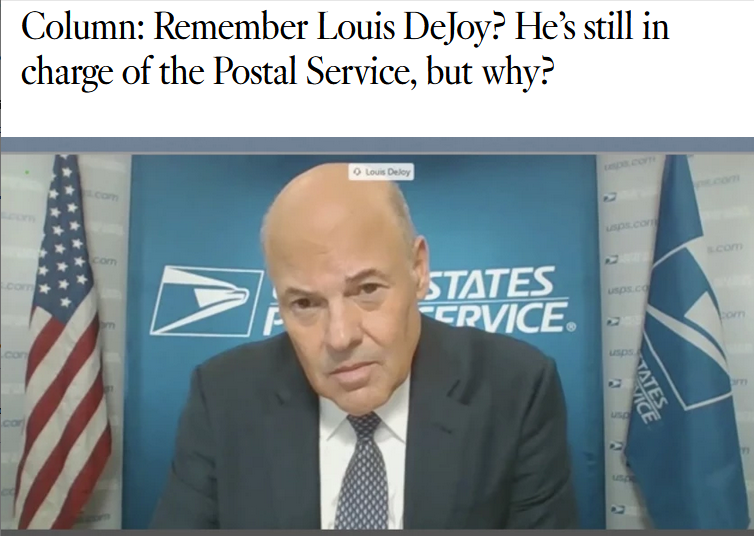 JJ: Well, here’s where we’re at: The LA Times’ Michael Hiltzik wrote a column headed, “Remember Louis DeJoy? He’s Still in Charge of the Postal Service, but Why?” Unfortunately, he wrote that in February, and here we still are, talking about slower deliveries, higher prices, closing branches, cutting hours. I called it “the slowest daylight robbery ever.” And it’s still going forward, right?

And so here you have a guy, as you pointed out, who was put in place in part by Trump, he’s a Trump donor, and Trump named all the people to the board that approved his hiring to jump to the head of the line. And he has no experience running the Postal Service or within the Postal Service. And he is embarking on one of the most outlandish plans ever unveiled, which is to charge Americans more for slower mail. 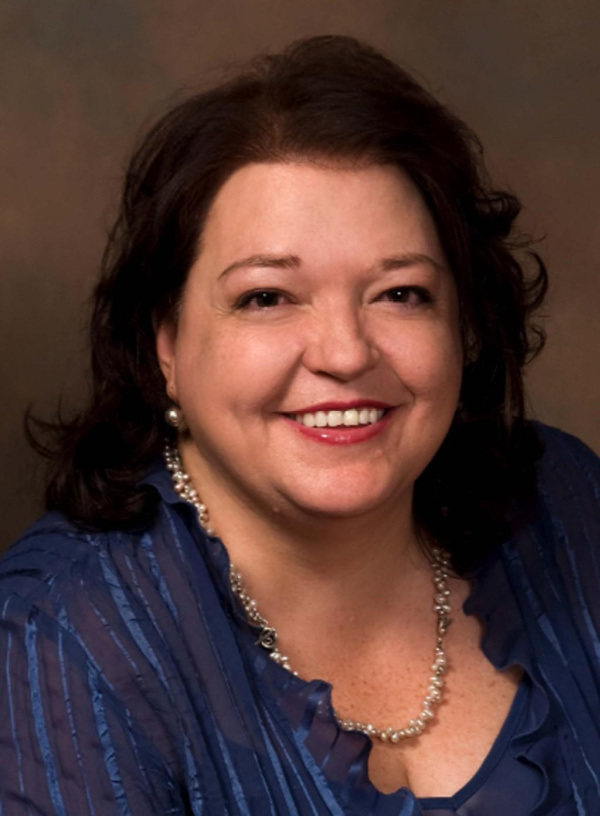 Lisa Graves: “He is embarking on one of the most outlandish plans ever unveiled, which is to charge Americans more for slower mail.”

JJ: These people telegraph their moves: hobble and hollow out an agency, then say it’s inefficient and should be privatized. They don’t really leave a lot of mystery, you know? They just don’t believe in government delivering public goods to the whole public.

You explained, and folks should look up the transcript when we spoke in July of last year, you talked about how this is a decades-long effort, involving some familiar folks, like Charles Koch, behind it. But one name that we might not know is that of Ron Bloom, who is right now chair of the USPS Board of Governors. What should we know about him?

LG: He is someone who was appointed to that role by Donald Trump. He has worked for private equity firms, and he currently works for a private equity firm. He’s basically a partner, a leader, of a firm whose CEO has extolled privatization of public assets in the US and abroad. And so his day job, the job that really pays Ron Bloom’s salary, is a private equity firm called Brookfield Asset Management. And he previously worked for another private equity firm, called Lazard, that was involved in privatizing the United Kingdom’s postal service, the Royal Mail, a few years back, and profiting handsomely from it.

Bloom says that he won’t profit from any privatization or deals with the Postal Service. But if he helps DeJoy basically destroy the Postal Service, through these super unwise changes in cutting back air mail and slowing our mail and charging us more, then the Postal Service will be picked over by vultures like these sorts of private equity firms.

JJ: And not for nothing, but there’s a relationship between DeJoy and Bloom.

LG: Yes, you know one of the things that was surprising, and the Washington Post documented this about a month or so ago, was that Bloom’s firm is investing in the firm that was previously owned by DeJoy, and DeJoy’s firm, that’s called XPO, had just received an enormous outsourcing contract for logistics operations for the US mail earlier this year, and he was buying bonds from Bloom’s firm. And so I think that’s very troubling—the idea, also, that DeJoy said that he wasn’t involved in the decision to outsource that operation to XPO. I don’t personally think that it should even be allowed to even have the impression of him profiting, because we also know, and I helped document, that he’s receiving millions of dollars in revenue from XPO for the leasing of other logistical buildings to them. 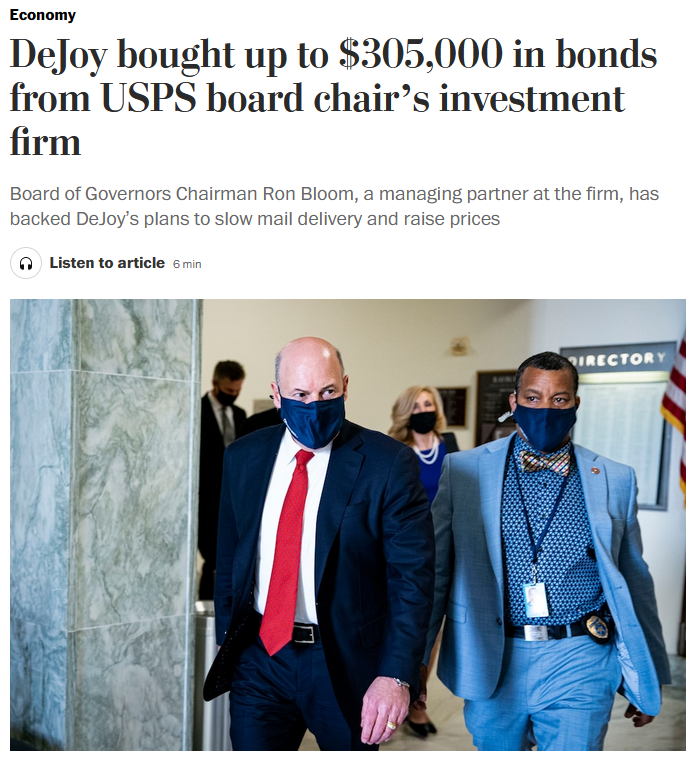 JJ: It’s just the kind of relationship that folks will say, oh, but it’s not, strictly speaking, illegal. And you think, OK. But is it not a conflict?

JJ: Let me just ask one thing. Is it true that amongst the many horrible and unstrategic things that DeJoy’s 10-year strategic plan aims at, one of them is actually getting rid of that weird 2006 mandate that the Postal Service pre-fund their retiree health benefits? Which we know is this manufactured crisis that allows folks to say that the Postal Service is inefficient or struggling, but it’s because they have this weird fiscal thing they have to do. Is it true that we might be seeing the end of that?

LG: It’s true that that plan, along with a bipartisan effort that’s been pushed for quite a while, includes getting rid of that burden, which was really spurred by the Kochs’ right-hand guy, who was formerly the chair of the Postal Service. And so that has hampered the Postal Service’s ability to invest and to get loans and more, to modernize its operations. And so he has embraced the repeal of that provision.

And meanwhile, he’s embarked on this effort to basically, in my view, start to privatize the Postal Service, and diminish the service that people get, and close rural post offices, as well as some in cities, to sell off some of those assets. And so we’re still in danger, and Congress has not yet passed that repeal. But I sure hope it does; personally I do.

JJ: And yeah, with everything else going through, that might not be enough. And, again, I would refer folks back to your July 2020 interview, in which you explained how that requirement, that mandate, was really set up to make the Postal Service more attractive to privatization.

Let’s move on now to the question, which is how do we get rid of this guy? How do we change things?

Now, I’ve read that it’s not up to Biden. It’s really up to the nine-member Board of Governors, but that Biden can appoint some new ones; some of them are holdovers, right now there’s a 6–3 dominance of Trump appointees. But what are the steps necessary? So many people are unhappy with the direction DeJoy has taken. What would be the steps necessary to actually get him out of there?

LG: Well, there are some people who think that President Biden could fire DeJoy, as an agency head with a position that used to be a Cabinet position. But there are others who contend that that should not happen, because it’s a so-called independent agency. Although it’s one that has now been captured by a very partisan political operative, who hails from the private sector and is, I think, moving the Postal Service toward the private sector.

But what really can happen, and should happen, is that people should be contacting President Biden and urging him not to allow Bloom to stay on the board, not to allow another investment banker that Trump put on there, John Barger, to stay on the board, but to replace them. So to nominate two people, two more people to the board who would put the people’s interests first, and who would counter and remove DeJoy.

JJ: Finally, struggling to keep the USPS from being sabotaged is depressing on many levels. But it also hinders us in developing a positive vision of what a 21st century Postal Service could look like.

LG: That’s right. And the fact is that there are a lot of great ideas out there about how the Postal Service could be fully engaged in banking, which is a service that it previously provided, in generations past, in underbanked communities. And it can be a hub for internet access, for that sort of infrastructure for communities. It can be a charging station, as well, for electric cars. It could provide other things to make post offices attractive, like coffee, when people go to send packages and get the mail. There’s a lot of things the postal service can do to really be present in the 21st century in people’s communities, in even broader ways to help.

And it’s also the case that I think the Postal Service ought to be investing in planes. The idea that in the 21st century, our Postal Service is not going to be expanding its use of planes to get mail faster is absurd. The competitors of the Postal Service are expanding their fleets of planes, because they know people want things as quickly as they possibly can, for a good price.

JJ: And so you can’t just set up the USPS to fail against FedEx and other places, and then wonder why they’re not thriving in the way that they could be.

JJ: It just seems worth saying again, there’s a reason that the USPS is in the Constitution, and it has to do with the fact that even if you live out in a rural area, even if you are poor, even if you live in the inner city, everybody gets the same treatment from the Postal Service. That’s the organizing concept behind it, is that it’s not like if you have more money, you get better service. So it’s a value, also, that we’re trying to support.

LG: That’s right. And it is the case that the Postal Service is in communities across the nation. It is not just the second-largest workforce in the US, it’s the most diverse workforce in the US, and provides so many opportunities for people of all walks of life, all colors, all ethnicities, to succeed and to have the things that people need in their life to build families and build homes and build communities. And so, if the Postal Service is allowed to fail, it doesn’t just fail for America in general. It also would have a terrible impact on communities of color in the United States.

And also, I just think this idea of the Postal Service refusing—other than a teeny, tiny experiment—to engage and embrace postal banking is another way in which it could be deployed to really serve the interests of our communities, including communities of color, and it has not been. It’s been blocked from doing so, for the most part.

LG: Oh, thank you so much for having me. It’s a joy to hear your voice and be on your show.

The post ‘There’s a Lot the Postal Service Can Do to Be Present in the 21st Century’ appeared first on FAIR.