You’ve talked about using your queer body to describe your work. What does this term mean to you and your art?

I grew up in Taiwan and, for my generation, it’s a fairly open place to be gay in so this was not something I put too much consideration in when I started making art. The shift came during my travels through South East Asia in 2015 when I found myself drawn to queer night life spots. I made a film with local pimps about desires and needs for which I created a character. I then became curious to understand my queer identity. Perhaps I’m more drawn to the idea of liquified identities than queer bodies.

I’ve been thinking about what it means to be queer. I’m thinking about a kind of fluid dimension that can be acted out. Queerness does not necessarily need to address sexuality. Queerness can be another way of performing.

What else do these liquified identities mean to you especially in a performative aspect?

I organized an exhibition called Liqueered. “Liquid” and “queer” as one word. We tried giving the museum a queer identity by organizing different scenarios. So, it could be a techno live streaming party, live or expanded cinema. We also created several undefined situations in the museum.

For me, queerness can be talking about the situation in between dragging. The process of moving from A to B. Being in a state that is not defined. For me, that is really queer.

Being on the way, in between?

Exactly. Like cosplayers, you can say that they are queer. They want to be a character that perhaps can give them the power to act or speak. You desire to undergo the process of becoming that thing. That in betweenness, to me, is queerness. 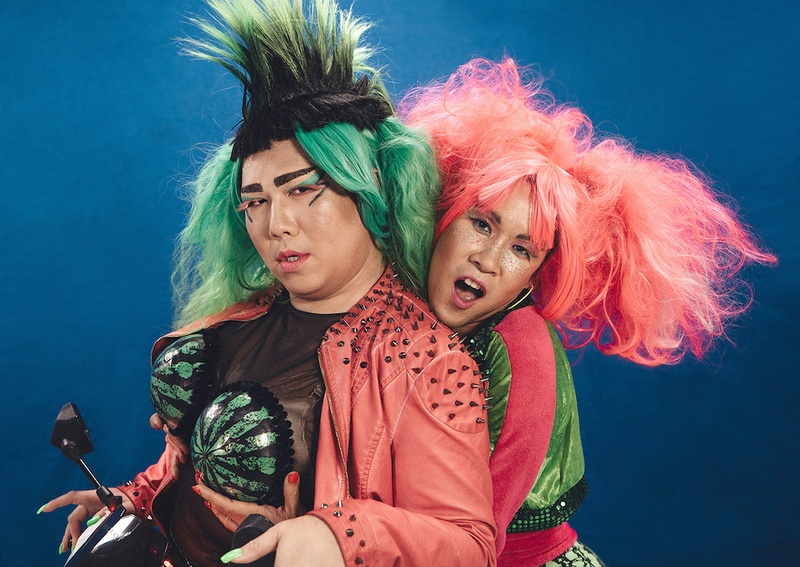 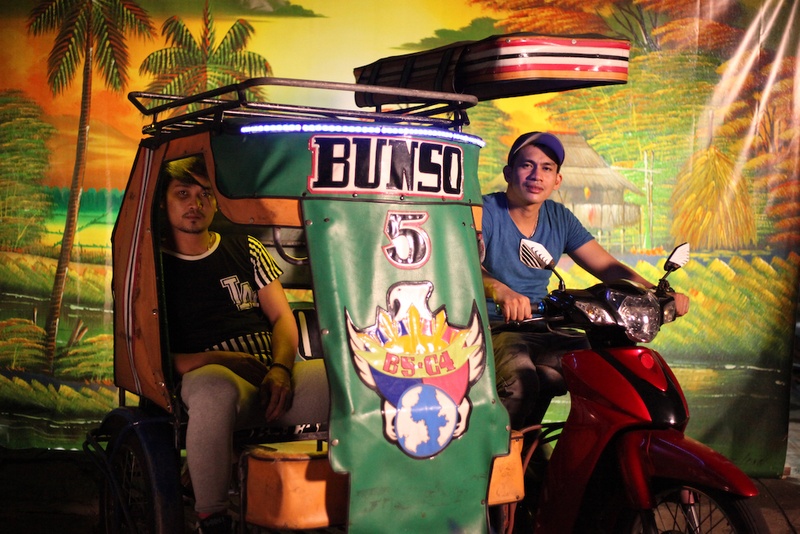 Tell Me What You Want, 4-channel video installation, 2017, Courtesy of the artist and Chi-Wen Gallery

The merging or the transition into the role.

Yeah. I’m currently writing a proposal that’s thinking not just about the framework of sexuality, but the larger and more contemporary situation. Or even the filter. The filter. We’re already dominated by these kind of filter systems, in a way. You know, how we portray ourselves as real, and how you portray your ideal figure. Liquified identities are related to the internet. We are like multi-subjects, creating different online personalities but we’ve kind of gotten used to it.

Did you begin to look at your queer identity/personality as reflected in your interactions with others?

Yes, exactly starting with the film I did as the character “David” with pimps in Manila. I started to wonder how I can use a fictional character to express myself and bring forth different inner dialogues.

Is that why you chose to create the character David while shooting in Manila?

Yes. David gave me a space to think about how I want to portray David. It’s not like I wanted to or could hide myself behind David. They still saw me but David created a space in which I could cool down.

In your recent work you created a character, who you describe as a “rich Asian business man” coming to New York City to promote the Durian fruit as the king of fruits.

Yes, Fameme. He does not directly claim to be queer but he is very, very camp in his delivery. I like these kind of alter egos because you create a dialogue between yourself and that which you are willing to criticize. It goes back to liquified identities because it’s not just a performance, it’s a character on social media and in a “real” urban environment. It’s a “real person” or a “real celebrity figure.” The audience isn’t sure if it’s an art project or not. 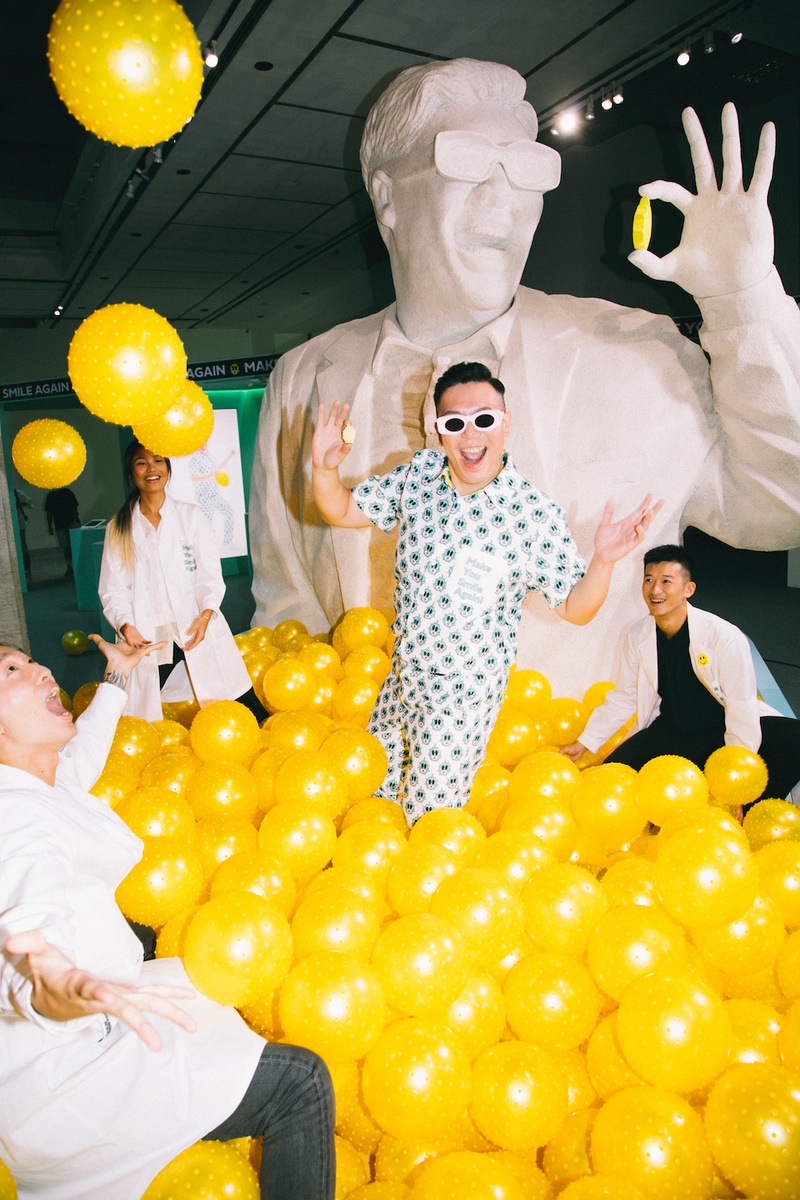 What did it mean to you to play with the identity of an “Asian business man” in an American context?

The Asian male character is always somewhat invisible in the Western context. They are always a bit nerdy, right? There is maybe one handsome guy and that’s Bruce Lee. Perhaps the depiction of Asian women has been a bit more varied in recent years but not yet for Asian men. Even the guy in Crazy Rich Asians is Filipino-Spanish so he’s more of a Western figure, in a way. But there is one exception: Psy from Gangnam Style. He references the Asian stereotype, but also makes it funnier and crazier. At the beginning, I wanted to mock the Asian identity in America. Fameme never says where he is from, he just says “Asia.” Fameme is the word “fame” and “me.” Fame as a verb.

Yeah. When I told the founder of Performa about the durian fruit and that I wanted it to be what Fameme is promoting in America she asked if it was healthy. I said that it is, that it is the king of fruits. She said I should promote it as a superfood. The language around the project was very fast, connected to influencer culture and reality television. I felt the dialogue to New York was established very quickly. I stayed in New York for a month and opened my Museum of Durian. You know, one of these Instagram museums which are popping up everywhere, where visitors can take photos and post them online. So, we created a huge inflatable durian for people to take selfies with. Then I filmed a video on Times Square, which was a video of Fameme’s live performance.

And you got your own billboard to pose as Fameme, right?

Yes! We got a free billboard and it was the biggest one! So, we filmed the music video to Don’t Google Me, Just Follow Me and some of the people began to think I was the Psy from Gangnam Style. Anyway, I learned a lot being Fameme.

What’s one thing that comes to mind?

It made me think about the different ways of adapting the value of art. 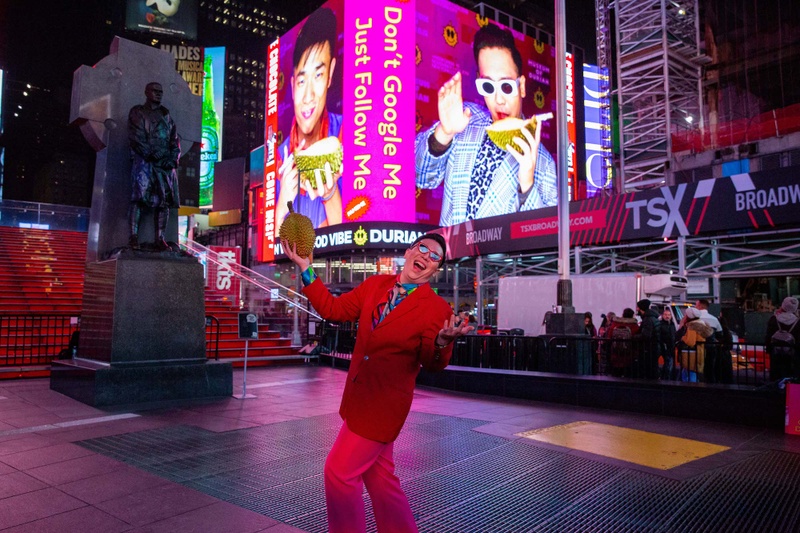 Have you taken Fameme to other places?

Yes, to Korea and Taiwan…Fameme now has Durian Pharmaceuticals. He produced medicine using durian extract that makes you very happy. Positive energy is very important for Fameme and for me. Everything he does constantly portrays positive vibes. An exhibition in Taipei asked me if Fameme could do an art project and I said no.

Because he’s not an artist?

Exactly. I said that he can sponsor the exhibition but he is not an artist. But when I work with Fameme I become more like the producer. I split myself, manipulate the situation. I do something from another perspective. Once I put make-up on, I’m just Fameme. But I still need to get used to it. Curators ask me what my plan is for Fameme but I cannot plan it. But maybe, in five years, he can make a short film with James Franco. Or maybe Fameme should have an airplane with his face on it. To me, everything is funny. It’s super funny but to him, it’s logical.

Wu Ming-Yi - The Man with the Compound Eyes

This content originally appeared on The Creative Independent and was authored by Grashina Felicitas.