New York Democrats were disappointed Tuesday when three ballot initiatives designed to reform the redistricting process, allow same-day voter registration, and make it easier to vote absentee failed by wide margins. The results were somewhat unexpected in the heavily blue state, where similar reforms tend to poll popularly and have passed in previous cycles. But with no spending from the state Democratic Party to campaign in their favor — and more than $3 million from the Conservative Party going against them — the measures failed in several counties across the state. In New York City, many voters left all three questions blank.

The first question would have amended the state constitution to reflect a bill the state Legislature passed in 2010 to end the practice of prison gerrymandering, whereby incarcerated people are counted as part of the districts in which they are detained and not where they live. The 2010 legislation ended prison gerrymandering for determining state legislative districts, and the new proposal would have extended the prohibition to the federal level — ahead of next year’s deadline for the congressional redistricting process.

In the decade since the U.S. last redrew congressional and state legislative districts, 11 states have formally ended the practice of prison gerrymandering at the state level, and at least five more have taken some form of action to stop the practice. According to the NAACP Legal Defense and Education Fund, prison gerrymandering “transfers political power from urban communities of color to predominantly white areas.” As mass incarceration skyrocketed over the last 50 years, redistricting counts have inflated political power in rural white areas that largely house carceral facilities and simultaneously extracted political power from urban and Black and brown communities that lose a disproportionate number of their eligible voters to the prison system. And because districts are supposed to contain roughly the same number of people, the practice dilutes the voting power of neighboring districts by artificially inflating the number of people in districts with jails and prisons.

As long as some states still allow the practice, and as long as the U.S. Census Bureau maintains a counting procedure that counts people at their “usual residence” as opposed to the address they call home, this trend is set to carry on. “Decisions that states and cities make this year, they’re locked in for 10 years,” said Mike Wessler, communications director at the Prison Policy Initiative, which conducts research on prison gerrymandering and mass incarceration. “The decisions communities make right now will have long-lasting repercussions about how political representation is reallocated [and] how people who are incarcerated seek representation.” 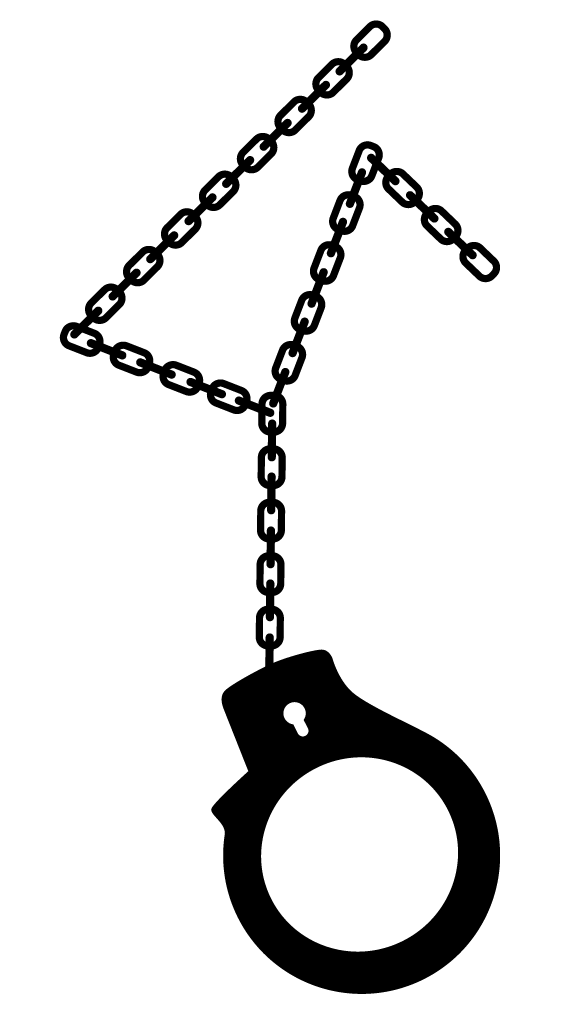 “Incarceration and American concepts of equal representation combine to create ‘phantom constituents’ and racially unequal political representation,” the Villanova researchers wrote. While the average size of a legislative district in Pennsylvania was around 60,000 people, some districts had as few as 41,000 adults of voting age, and less than half of that number of people voted in most competitive races in 2014, making the absence of a few hundred voters in districts across the state more significant. “The incarcerated are not only missing from their communities, they are also advantaging other communities.”

“It’s just an example of Black and brown lives being horse-traded,” said Robert Saleem Holbrook, executive director of the Abolitionist Law Center, a public interest law firm dedicated to ending incarceration based on class and race, and a lecturer at the University of Pennsylvania Law School. Holbrook, also a formerly incarcerated activist, said he was disappointed with Pennsylvania’s attempts earlier this summer to end prison gerrymandering through its redistricting commission. Despite the state committee’s move to end prison gerrymandering, the change excludes people who are residents of different states as well as people serving life sentences.

“Lifers were cut out, as well as prisoners who were serving more than 10 years of their sentence,” Holbrook said, adding that those groups account for about 10,000 people out of the roughly 37,000 in the state’s total incarcerated population. “What’s really frustrating to me is that people are coming up to me and talking to me as if that’s a victory. For you to cut out my population, my class, no, it’s not a victory.”

The greatest impact of prison gerrymandering can be seen at the city and county level. Because of the relatively large size of congressional districts compared with the size of prison populations, prison gerrymandering has a more negligible impact at the federal level, Wessler said. The distortion in state legislative districts is significant, but it is most extreme at the local level. “You’ll see districts that’ll be made up of 80 percent people who are incarcerated at the local level, and that’s among the most significant in the country,” Wessler said, whereas a state legislative district might contain closer to 20 percent of its residents behind bars. But still, Wessler added, “if you see a 20 percent distortion rate, that means four residents in any legislative district have as much political representation as five in any other legislative district.”

In New York, Democrats didn’t make a concerted effort to educate voters about the proposal. Beyond the state party’s lack of spending, the language that appeared in the ballot text was somewhat unclear, and voters familiar with the 2010 law may have been confused about what they were being asked to vote on. The reform that was already in place is estimated to have a greater impact than the new one, too: Since the effects of prison gerrymandering tend to scale down as district size scales up, changes at the state level are generally more significant than at the federal level.

After the 2010 census, the average congressional district was 700,000 people. If a prison in a district of that size incarcerates 1,000 people, “it doesn’t make as much of a proportional difference,” Wessler noted, but, “it’s still significant; it still needs to be addressed.”

Some worry that ending prison gerrymandering would impact federal funding apportioned to legislative districts, but that’s not the case, according to Wessler. Because some federal dollars are allocated to states based on the number of people in their census counts, many people think that addressing prison gerrymandering would drastically change how such funding is allocated to cities and localities. But when states address prison gerrymandering, they aren’t affecting underlying census data — just how it’s used to draw lines. Most programs that allocate federal funding have other mechanisms for doling out money, like block grants or needs assessments, Wessler said, “so it really isn’t an issue that impacts [federal] funding in any way shape or form.”

There has been bipartisan support for ending prison gerrymandering, but Republicans in some states have fought legislative efforts to end the practice. Connecticut’s state Senate, which Democrats control 23-13, voted to end the practice almost unanimously, with all but one Republican joining Democrats in favor of the bill. Virginia passed a law last year requiring that some incarcerated people be counted at their last known residence. Republicans fought the change in court and argued that it would dilute voting power in the state’s rural Republican districts, but the Virginia Supreme Court upheld the law in September.

“The intersection of mass incarceration of Black Americans and prison gerrymandering does shift political power in state legislatures pretty dramatically, and in all states it causes some shift if prison gerrymandering is allowed in the state,” said Jared Knowles, president of Civilytics Consulting, a research firm that created a dashboard showing where prison populations intersect with legislative districts using Prison Policy Initiative data. The analysis shows that in 10 states, the incarcerated population is large enough to account for one or more legislative districts, and that in some districts, Black people represent 10 times the share of the incarcerated population as they do the nonincarcerated population.

There are plenty of reasons people can’t vote, but they still deserve representation, Wessler said. Young people who attend a boarding school for most of the year are counted back at their home. “Incarcerated people are uniquely singled out for how they are counted by the Census Bureau,” he said. To change the problem completely, the bureau would have to change the way it counts incarcerated people.

Wessler said he sees the effort to end prison gerrymandering as part of a larger push to change the criminal legal system. “It also inherently raises the question,” he added, “Why are we incarcerating so many people when it’s having such distortive impacts on our government and on our representation?”