Right away, the Australian 60 Minutes Youtube video titled “Prepare for Armageddon: China’s warning to the world” signals a polemic against China. The video’s opening backdrop features chairman Xi Jinping with a slightly raised fist flanked by a jet, tank, and a battery of missiles.

The program is rife with ad hominem, propaganda, disinformation, and lies of omission.

At the start, host Tom Steinfort says, “The message coming out of China is getting louder by the day, it doesn’t like other countries, especially Australia, ganging up and meddling in its affairs.”

Which country likes others ganging up and meddling in its domestic affairs? Does Australia like it if others meddle in Australian affairs? Yet Australia is notorious for meddling, or rather warring, in other countries. Among the wars that Australians have fought in are the war on Korea, the war on Viet Nam, the war on Afghanistan, the war on Iraq, and the war on Syria. The horrific Australian war crimes in Afghanistan were decried by Chinese government spokesman Lijian Zhao.

Steinfort complains that Beijing is doing its best to punish Australia. But he did not directly answer the question of whether China initiated negative actions against Australia?

The host goes on to cavil about Xi’s ratcheting up the rhetoric about the perils of a new cold war? In other words, said the host: “If we don’t stop poking the panda, we’ll face serious consequences.”

The host’s comment points to Australia being the initiator that caused China to respond to the “poking.” Australia is asked to stop meddling and poking the panda. Moreover, the substitution of the beloved roly-poly panda for the revered, sleek and imposing dragon could, in itself, be interpreted as a not-so-subtle poke at China.

To a critical viewer, the instigator is obviously the American cat’s paw, Australia. China has not been at war with any country for over 40 years and pledges itself to peace. China is not launching missiles into Afghanistan; it is not occupying Syria and stealing its oil; it is not trying to cripple the economies in Cuba, Iran, and the Democratic Republic of Korea; it is not trying to topple elected governments as the US has done in Haiti and Honduras and is now doing in Venezuela and Nicaragua; it is not siding against legitimate Palestinian resistance to Jewish war crimes; it is not aligned with a Saudi genocide in Yemen; it did not destroy Libya. No, this “meddling” in the affairs of other countries is by the United States — supported by its ally, Australia.

The host continues, “It is worth taking that [Chinese] threat seriously.” As per usual among the Anglo-Saxon alliance, China — which is neither attacking nor oppressing any country and has only one military base abroad — is declared a threat for becoming socially, technologically, and economically preeminent.

60 Minutes goes to the crux of the matter: “the looming war with China,” the “unthinkable” Armageddon — the final battle between the forces of good and evil. 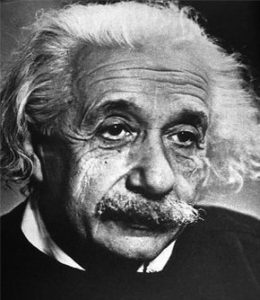 Thus 60 Minutes asks, “How prepared are we?”

In 1946, the pacifist physicist Albert Einstein wrote a response to such a query in a letter to US congressman Robert Hale: “You cannot simultaneously prevent and prepare for war. The very prevention of war requires more faith, courage and resolution than are needed to prepare for war. We must all do our share, that we may be equal to the task of peace.”

60 Minutes proceeds to demonize China as a belligerent poised to militarily invade Taiwan. The program interviews a Taiwanese tech entrepreneur, Xin Qing Xiao, who fears Chinese rule because of “losing all your freedoms…. It is just unimaginable that, you know, that we would be reunified with a authoritarian regime and then surrender such freedoms.”

It would be very easy to go into any country and find a person to speak out against whatever government is demeaned as a “authoritarian regime.” Notable throughout the program is that contrasting views will not be presented except for one exception (while acknowledging the former diplomat Victor Gao as an expert, 60 Minutes rudely described their guest as an “unofficial mouthpiece”).

As for losing all freedoms in China, Frans Vandenbosch, who has been living in China since 2002, writes:

I moved to China for my private and professional FREEDOM

After some years, I returned to my home country in Europe, lived in Germany for 3 years. And went back to China.

For the FREEDOM. In China, there’s real freedom, in Western Europe it’s just a show.

Having lived and worked in several EU countries (Germany, Belgium, UK, ..) I moved to China because of the professional and private FREEDOM in China.

To the question “2 million Taiwanese work and live in China. How do they feel about living in mainland China, the ‘enemy’ of Taiwan?,” Kan Lui replied:

As a Taiwanese working in China, I fall into this category.

Based on what I see, people in the cities are happy and enjoy a high degree of freedom, and are reasonably informed…. Life is good and there is almost no street crime. As an ordinary person I am treated like everyone else by the government, who can be seen everywhere but doesn’t really intrude into my daily life, and most people don’t really care where you are from.

When I go back to Taiwan, I can see Taiwanese politicians sacrificing Taiwan’s economy for political leverage, and the Taiwanese media being surprisingly homogenous and highly biased on their coverage on China, which are primarily targeted at and gleefully consumed by those with almost no first hand knowledge of China.

I, too, from personal experience, having lived over seven years in China did not feel any loss of freedom while there.

Although 60 Minutes calls Taiwan “a renegade province,” it ought to point out that Australia and the US both acknowledge that there is one China and that Taiwan is a part of China. This fact is also affirmed by the United Nations General Assembly Resolution 2758.

It is important to bear in mind that criticism by the US and Australia is criticism from countries constituted through genocide and the dispossession of the Indigenous peoples. To wit, previously I asked, “What if China promoted Hawaiian independence?”

From Taiwan, 60 Minutes turned to Hong Kong saying, “The crackdown on democracy in nearby Hong Kong is be a warning of what may be to come.” Again a one-sided, unsubstantiated, and hypocritical depiction of what the rioting was about in Hong Kong and who was behind it. Not mentioned was that Hong Kong was wrested from China in the Opium Wars and that under British colonial rule Hong Kong enjoyed no democracy.

The disingenuity of 60 Minutes becomes patently transparent when it selectively and incorrectly quotes “the hardline” of chairman Xi on the 100th anniversary of the Communist Party of China: “Anyone who dares to try and do that will have their heads bashed bloody against the great wall of steel forged by our 1.4 billion Chinese people.”

Dares to try what? Why did 60 Minutes not mention this? Could it be that in proper context another clearer meaning emerges? Why is it that in a 5170-word speech that so many in the western monopoly media only cherrypick a few words — and still get it wrong?

So what did Xi say?:

We Chinese are a people who uphold justice and are not intimidated by threats of force. As a nation, we have a strong sense of pride and confidence. We have never bullied, oppressed, or subjugated the people of any other country, and we never will. By the same token, we will never allow any foreign force to bully, oppress, or subjugate us. Anyone who would attempt to do so will find themselves on a collision course with a great wall of steel forged by over 1.4 billion Chinese people.

Now that provides context. Xi very saliently states, “We have never bullied, oppressed, or subjugated the people of any other country, and we never will. By the same token, we will never allow any foreign force to bully, oppress, or subjugate us.” The history of the Century of Humiliation by Europeans and Japan will not be forgotten by the Chinese.

Besides, walls are defensive structures. To run into a wall is foolhardy.

First, a look at Taiwan’s claimed air defense identification zone reveals that it includes a sizeable chunk of mainland China.

Second, the fact that Taiwan is a province of China undermines any such objection to Chinese flights.

Third, under the 1992 Consensus both Taiwan and China have agreed that there is only one China, subject to different interpretations by both sides.

Responding to Steinfort’s presenting China as a threat, Gao asks him, “Do you really want to fear a panda?”

Enter erstwhile Australian major general Jim Molan: “I believe that the Chinese Communist Party’s aim is to be dominant in this region and perhaps dominant in the world.” The Council on Foreign Relations agrees with Molan’s assessment that China is seeking to become the “dominant force” in the Asia-Pacific region.

What does “dominant” mean? Most important, powerful, or influential? Molan says China must remove America from the Western Pacific to be dominant in the region. He envisions a Chinese military expansion.

60 Minutes, however, suggests that China’s military could be stymied by swarming miniature drones.

The Global Times reports that China has a defense for this with the YLC-48, the “terminator of drones,” so small that it can be carried by a single soldier — China’s first portable phased array radar that “can effectively detect and track incoming targets from any angle.”

A new wrinkle has been added in the calculation toward the down-under country following Australia’s joining the UK and US (AUKUS) to become equipped with nuclear-powered submarines. Argued Gao, “The safe approach is to target Australia as a nuclear-armed country.”

Steinfort says “senior figures in China” have stated that Australia is indeed a target for nuclear weapons. To be a target is one thing, but to be fired upon is another. China is on record as pledging no first use of nukes.

What does the future hold?

There is a dichotomy in tactics emphasized between Spencer and Molan on intervening in a hypothesized war between Taiwan and China. The American is cautious and pragmatic. “You have to think about what the results are and at what cost.”

Molan channels the domino theory asking where will it all end if China is allowed to retake Taiwan. However, what seemingly eludes Molan is that China would simply be taking back into the fold what is internationally recognized as already being a part of China. Nonetheless, Molan finds, “This situation now is an existential threat to Australia as a liberal democracy.”

Gao taps the spirit of Chinese people when he says, “China prefers peace rather than war. That’s the key.” In his speech on the centenary of the Communist Party of China, Xi said:

We must continue working to promote the building of a human community with a shared future. Peace, concord, and harmony are ideas the Chinese nation has pursued and carried forward for more than 5,000 years. The Chinese nation does not carry aggressive or hegemonic traits in its genes. The Party cares about the future of humanity, and wishes to move forward in tandem with all progressive forces around the world. China has always worked to safeguard world peace, contribute to global development, and preserve international order.

On the journey ahead, we will remain committed to promoting peace, development, cooperation, and mutual benefit, to an independent foreign policy of peace, and to the path of peaceful development.

Unfortunately, one is unlikely to hear such peaceful overtures from the current Australian or American governments.

The post Banging War Drums Down Under on the China Threat first appeared on Dissident Voice.