One of the key features of privatization is that it shifts money and authority away from the public sector and into the hands of narrow private interests. In this way, privatization restricts and weakens the public while enriching and empowering narrow private interests. This is often done under the veneer of high ideals to fool the gullible. It is presented as a good thing, as a “win-win” for everyone. This disinformation is best captured in the notion of public-private “partnerships.”

Hochul nonchalantly repeated worn-out pretexts for sending more public money to privately-operated charter schools. This included throwing around words like “innovate” and “educational options,” which are straight out of the school privatization neoliberal playbook. Hochul seems to be unaware of the extensive research on the many problems in the crisis-prone charter school sector, as well as all the serious problems associated with government takeovers of public school systems.

Thousands of students, teachers, parents, and education advocates in New York City and across New York State more broadly have been opposing charter schools and mayoral control of public schools for years. Their efforts and determination are relentless. The public does not support more anti-democratic arrangements and the gutting of public schools to enrich narrow private interests.

Research and experience show that government takeovers of public school districts generally make everything worse. Their main benefit is for the rich who use mayoral control to restrict democracy and engage in neoliberal restructuring of public schools in the name of “improving schools,” which usually means creating more charter schools. For their part, charter schools, which are intensely segregated in New York City, have wreaked havoc on public schools while enriching major owners of capital. No amount of disinformation about increasing charter schools “to give parents choices” can cover up these harsh realities.

Even more disturbing is the prospect of Governor Hochul raising the cap (limit) on the number of privately-operated charter schools than can operate in New York City. This will further degrade everything while funneling more public money into private hands. It will not serve public schools and the public interest in any way.

School privatization in its many forms is a top-down neoliberal strategy, not a grass-roots pro-social phenomenon. The main way to improve education in New York City is to stop the flow of all public funds to charter schools and return control of public schools to the public. Private interests have no valid or legitimate claim to public funds, facilities, or authority. 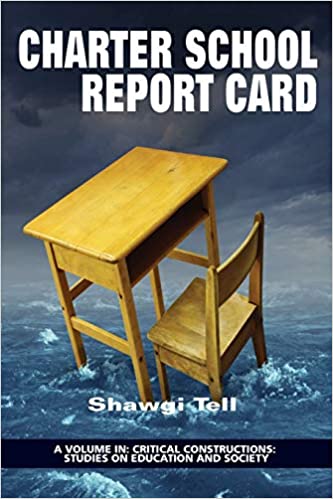