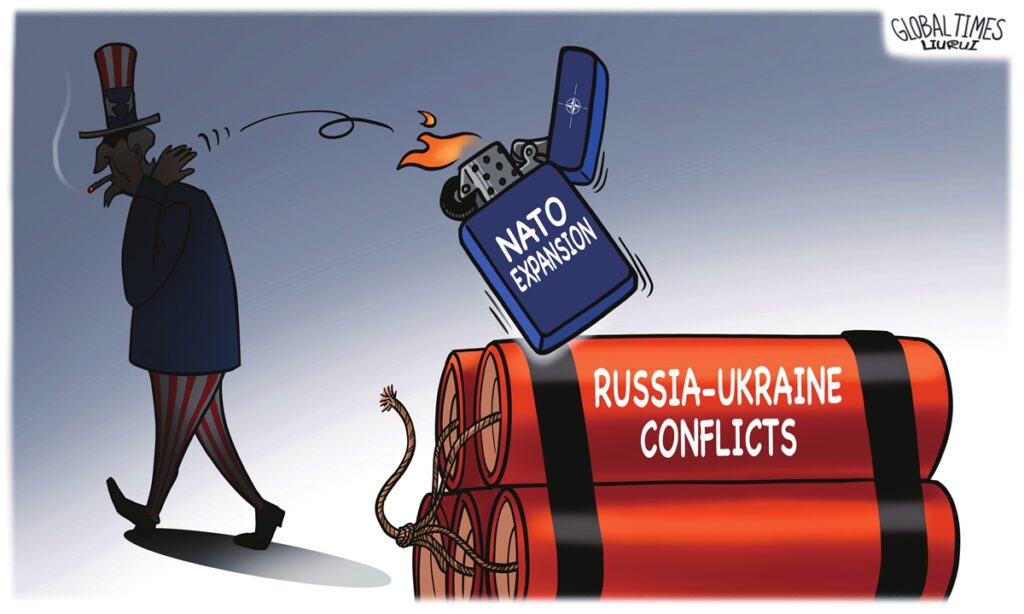 Case in point, Ukraine was seeking NATO membership to bolster its security. This membership would have come at the expense of Russian security, as Russian president Vladimir Putin made clear. To thwart NATO’s (i.e., the US’s) hegemonic ambitions and preserve its own security, Russia felt compelled to address its security concerns. When these Russian security concerns were treated with contempt by the US and Ukraine, Russia took action to protect itself.

Two neutral countries, Finland and Sweden, are seriously contemplating NATO membership, as did Ukraine. Will this increase security for these two countries? There has been no warring between Russia and Finland since 1941-1944 when the Finns decided to ally with Nazi Germany during World War II and fight the Soviet Union. The last Russia-Sweden war was the Finnish War that was fought over two centuries ago (1808-1809).

On its face, one lesson to be drawn from the war between Russia and Ukraine is that Russia sees NATO membership on its border as a threat to its security, and it will act to protect its security.

Why then would a country that has been in relatively peaceful co-existence with Russians since the end of WWII seek a change in that status quo that may very well diminish or destroy that peaceful coexistence?

Sweden’s Prime Minister Magdalena Andersson was circumspect about NATO membership noting that Sweden has to “think about the consequences…. We have to see what is best for Sweden’s security.”

Finland’s Prime Minister Sanna Marin admitted, “Of course, there are many kinds of risks involved…. We have to be prepared for all kinds of actions from Russia…” Surely, Marin is aware of the risks that were posed by the stand off between John F Kennedy and Nikita Khrushchev over Soviet stationing of nukes in Cuba (and American nukes in Turkey).

News of further NATO expansion toward Russia has triggered a response from the Kremlin. Spokesperson Dimitry Peskov said Russia was considering militarily bolstering its western flank.

Across the pond, US State Department spokesperson Ned Price was welcoming of an enlarged NATO membership. He repeated, “… we believe NATO’s open door is an open door.”

However, it is quite obvious that the NATO open door has been more a closed door to Russia, as Russia has never been made a full member. It does not take a deep analysis to understand why this is so. NATO proclaims its, “purpose is to guarantee the freedom and security of its members through political and military means.” However, the raison d’être for such a military alliance disappears when there is no enemy on the horizon. Thus, Russia is reified as the NATO boogeyman. The existence of NATO serves well the aims of the governmental-military-industrial complex of the US.

Sweden and Finland are considering whether to formalize NATO membership — a key trigger in Russia’s response to Ukraine. Some questions that arise: Do Finland and Sweden not consider Russia’s security concerns valid? While the circumstances differ, why would these two Nordic countries try what failed for Ukraine and expect a benign response? Would the presence of Russian nukes and hypersonic weapons targeting their countries make the Swedes and Finns feel more secure?

Instead of being regularly badgered to increase military expenditures as a NATO member, wouldn’t it be better to nix the insanity of spending the hard-earned cash of the citizens on guns, tanks, planes, and missiles and becoming less secure as a result? Wouldn’t the money of the Nordic citizenry be put to better use for housing, road repair, poverty reduction, hospitals, recreation centers, and schools at home?

The post Whose Security? first appeared on Dissident Voice.