Once there was a democracy that had lost its way because of two irreconcilable views of government. The first maintained that the civilization which that government envisioned was more than its creature comforts, since a soulless nation could also possess such things, but a civilization was much more than that.

Food, clothing, shelter, and health care are also essential for the dignity of every human being, and until this happens, it is not a civilization despite sumptuous dining, costly apparel, and palatial mansions for the few. What makes a civilization are old-fashioned virtues like compassion and kindness, concern for others and the Common Good, decency and humanity, fairness and justice, for where there is justice, there is no need for charity.

These ideals cannot be measured because they are the measure of everything else that goes to the heart of what it means to be human and what makes life worth living for: the values that sustain and nourish a people as civilized beings and give their lives joy.

Once a civilization loses its reverence for the human person, no matter what creed or color, it loses its soul, forsakes its humanity, and is already dead — however impressive its GNP. There is only one true measure of a civilization — caring for its children, its aged, its poor, its sick, its weak, and its helpless. These are the infallible signs of a true civilization. Simply put, a civilization worthy of its name has the deepest concern for morality in every aspect of human existence that distinguishes this first view of government referred to above.

The second view of government mocks everything that has just been said. It ignores everyone except the Rich and the Powerful for they alone matter and government is their slave, doing everything possible to ensure that they thrive and prosper. It spends as little as possible on the people, but untold billions on the Rich, the Powerful, and the nation’s defense.

The people living under this kind of government see these leaders as more dangerous than any foreign enemy met in the field, and it has always been a mystery why any of the people could vote for them since this is their creed:

“The world is a slaughterhouse in which the poor and the sick, the weak and the helpless, the aged and children should go to the wall. They are expendable and a burden on the Rich and Powerful, who alone rule the Earth. There is no objective morality, just the eternal silence of an indifferent universe.”

Thus spoke, in paraphrase, the sophist Thrasymachus and his heirs down through the ages as set forth in Book One of Plato’s Republic.

Who, then, decides what is moral?

The Rich and the Powerful!

And what, then, is moral?

Whatever increases their riches and power!

And their justification for so saying?

Their Riches and Power! Whatever advances our interests is moral. For the law of life is the law of the jungle! 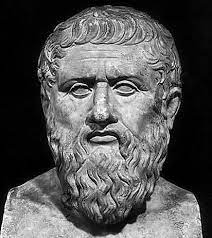 This, in essence, is the case Thrasymachus makes to Socrates in Plato’s Republic, which has been read and pondered for 24 centuries. It is the argument of “Might Makes Right” that threatens every government that ever existed, for there are always those in political office who secretly think this way and only wait for the right moment to profess who they are.

How keep Thrasymachus and his kind from coming to power? This is a problem that has never been solved for if the people are enchanted by his sweet-sounding promises. they will choose him as their leader who, along with his enablers, will destroy that democracy.

Thrasymachus lives only in the moment with no thought for tomorrow and cares nothing for the devastation he leaves in his wake. History views him and his kind as malignant cancers that fasten themselves on a credulous people who in their simplicity cannot imagine that such creatures exist.

They are Social Darwinians with no concern for the Common Good for they see this world as a jungle of the survival of the Richest. They are wolves in sheep’s clothing who prey on the weak. They want luxury for themselves and penury for everyone else, happiness for the few in their gated communities and misery for the many outside those gates.

Books Eight and Nine of Plato’s Republic deal with this Tyrant, who begins as a demagogue by exploiting the people’s frustration at democracy because they are oppressed by the Rich and Powerful and the laws that protect them. The people, however, want a Strong Man as their Protector, who tells them that he alone is their Savior and will make their Nation Great Again.

But, once in power, he turns on the people and becomes a Tyrant drunk with power, who acts like a King who stops at nothing to have his own way. We have seen his kind before in Soviet Russia and Nazi Germany where the press is silenced or in the hands of cronies who suppress any criticism against this Tyrant. Helpless and frightened, the people lose their freedom and hope, while others are in denial that they cannot believe what is happening.

You cannot fully understand the first theory of government that envisions a moral civilization that values every person unless you first comprehend the looming threat posed by Thrasymachus to every government.

What happened to these nations that prepared the way for Thrasymachus coming to power? Each government was bribed by the Rich and Powerful to do their bidding alone to the neglect of the people, who then rose up and chose Thrasymachus as their master in the belief that he would be their salvation. Is he appalled by the horrendous suffering he inflicts on the people? Not at all, for their misery is his pleasure as he enriches himself while those who believed in him perish.

Voters in a democracy take pride in electing those they trust will protect and defend their democracy. However, what many voters forget is that democracy is a noble ideal, which these voters may assume will alone ensure that their democracy will continue invulnerable to whatever threats may assail it.

What they don’t realize is that Ideals change nothing in this world unless there are men and women in government who themselves embody these same ideals and are willing to risk their reputations and lives to preserve them.

A democracy doesn’t continue to exist on automatic pilot, but must be carefully guarded, protected, and defended by those in government when democracy is under attack and replaced by a dictatorship. However, to prevent this from happening, voters must choose their leaders and other members of government at all levels from the best kind of people with character and principles, and not from the dregs of humanity.

But even this is not enough. There are always those in political office in every democracy who may not believe in democracy at all, but want to destroy it from within while posing as patriots while they deprive millions of their fellow citizens of their right to vote.

This is the case in today’s America, whose citizens could never imagine that this country could be hurtling toward a fascist dictatorship. Even more incredible is the fact that all three branches of government could collude to do precisely what they were designed to avoid doing by a separation of powers.

Not that all the Supreme Court justices or members of Congress were guilty of this collusion, but if enough of them were to enable the White House to undermine these supposedly independent institutions. This shows how fragile our democracy is if it is taken for granted instead of realizing that it is the Pearl of Great Price in need of eternal vigilance and protection.

Many GOP Congressional members have knelt to kiss the ring of this modern Thrasymachus in repudiation of those democratic principles those Congressional members once publicly espoused. They merely hitched their career to whatever would-be dictator who would subvert our democracy. They are political chameleons, alive and well in every age, forever in search of the golden ring to advance themselves alone.

How do we know we can trust those we choose for political office to protect us since there are always voters who want to be lied to, and always scoundrels only too willing to oblige by telling them lies? These voters also long to abase themselves before any charlatan bold enough to proclaim that he is the Long-Awaited-One who will dry their tears and conduct them into Paradise.

However, what if in desperation they follow this “Savior” over a cliff? In Nazi Germany the mantra was, Führer, befiehl! Wir folgen dir bis in den Tod! (Leader, command! We’ll follow you unto death!) How much political thinking in Germany from 1933 to 1945 was simply a blind surrender to communal madness?

It is true because my Führer says it’s true! And I believe in him because he is my Lord and Savior! Sound familiar? If a nation succumbs to this level of infantilism as many do in America today, God help us for we are doomed!

“Gebt mir zehn Jahre Zeit und ihr werdet Deutschland nicht wiedererkennen,” (“Give me ten years and you won’t recognize Germany,”) boasted Hitler to the German people in promising to make Germany great again. They gave him twelve — and it was leveled to the ground.

This content originally appeared on Dissident Voice and was authored by Frank Breslin.