As in other states and territories, privately-operated charter schools in West Virginia will be riddled with corruption and will undermine public schools and the public interest. These “innovative” and “flexible” “schools of choice” will funnel millions of public dollars from public schools into private hands, foster more segregation, dodge accountability, thwart unions, increase competition, intensify a consumerist approach to education, and lower the quality of teaching. More West Virginia families will be subjected to a fend-for-yourself ethos when it comes to securing an education for their children, which is bound to happen when education is commodified and treated as a business.

Further, in a major departure from long-standing public school arrangements in the U.S., practically any private person will be able to start a deregulated charter school in West Virginia. In addition, while privately-operated charter schools are ostensibly tuition-free and open to all, “attending one [in West Virginia] may be challenging for students who don’t have transportation or internet access (for virtual charter schools).” This is on top of the fact that privately-operated charter schools are notorious for selective enrollment practices despite being called “public” schools. It is important to remember that privatized education has never paved the way for education for all. Private by definition means exclusive, not inclusive.

The people of West Virginia can expect anarchy and chaos to increase in the sphere of education very soon. The dismantling of public education through privatization is a major violation of the right to education and will do nothing to advance the educational needs of all. Charter schools mainly enrich a handful of major owners of capital and create redundancies in the sphere of education. More privatization means more retrogression.

For a searchable archive of thousands of news articles exposing a broad range of crimes and corruption in the crisis-prone charter school sector, see here. 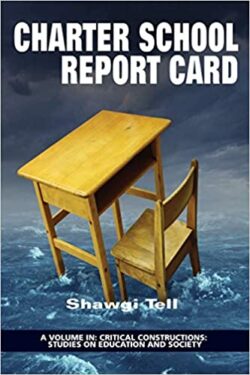