Be not afraid of greatness. Some are born great, some achieve greatness, and others have greatness thrust upon them. 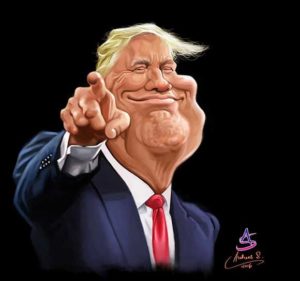 There has been and continues to be a never ending stream of analysis into the causes and effects of the presidential election of 2016. Even as the primaries of 2020 begin there remains a continual glance over the proverbial shoulder of the American media at the political rise of one Donald J. Trump. As the democrats try to plot a winning strategy in the midst of contending with the chaos of the present administration they also seek an answer to the nagging question of how they lost in the first place.

The brilliance of Trumpism lies in its ability to inspire enthusiasm in the mass of adherents despite any tangible evidence of actually benefiting the majority of them. Through this phenomenon an elite New York millionaire can claim common cause with a West Virginia coal miner or Iowa farm hand. A tax cut for major corporations, the dismantling of Social Security, or cuts to Medicaid and Medicare can be framed by Trumpism as good policy for the very segments of the American electorate that are most directly harmed by these selfsame policies.

This, of course, is not a new strategy but it has become so much more effective because of the cult-like dynamic Trumpism has brought into 21st century American politics. Trumpism is founded on the Sith-like mantra that those who are not one hundred percent in support of the President are the enemy. There is no room for debate and criticism is not tolerated, those who do not fall in line are the subject of derision, scorn, or worse.

Those outside the influence of Trumpism, on the political left or center, are aghast at these developments and act as if this aberration manifested itself out of nothingness and thrust itself on the scene. In truth, it was decades of legislative acquiescence to executive power that opened the path that the current president now vigorously pursues. In this age when passing a comprehensive budget or raising a debt limit continually brings a divided congress to the brink of calamity, it was easy for a braggadocios to claim the ability to get things done, despite all the evidence and statistics proving the exact opposite.

It is here that we find the secret to the success of Trumpism as a political philosophy, the denial of any objective truth. For the sycophant the cry of Fake News is the same technique that the toddler uses when they stick their fingers in their ears and shouts over any words they don’t want to hear. Trumpism thrives on the acceptance of easy answers over the effort needed to obtain coherent facts and information. The master of reality television has managed to transform the perceptions of his followers, giving a pleasing fantasy to replace the actual complexity of democratic governance.

Trumpism gives its adherents the ability to find comfort in their enfeeblement, rejecting any desire to rise above any shortcomings of intellect or morality. Racism, misogyny, or xenophobia is easily excused when it is extolled as virtues by the pinnacle of your faith. And it is today just that, a faith; for those that made a reasoned choice for an outsider those few years ago it is no longer a matter of reason. The election of 2020 will be as much a matter of faith and belief as it will be of politics.

What needs to be understood however is that the choice must be more than simply an alternative to Trump. The status quo that has existed in American politics is precisely the paradigm that produced President Trump and will, without change, eventually produce a similar leader. The ideal of truth, justice, and the American way has been shown by this administration to be a hollow reality. Perceived safeguards and guardrails thought to be enshrined in law have proven to be merely little more than courtesies and traditions that were easily breached by the machinations of unethical administrator. Benjamin Franklin reportedly admonished the country that we had a republic rather than a monarchy if we could keep it.

<div class="author">Michael "T. Mayheart" Dardar (<a href="mailto:dardarmayheart@gmail.com">dardarmayheart@gmail.com</a>) was born in the Houma Indian settlement below Golden Meadow, Louisiana. He served 16 years on the United Houma Nation Tribal Council. He currently works with community-based groups advocating for the needs of coastal indigenous communities in south Louisiana. He is the author of <em><a href="https://www.amazon.com/exec/obidos/ASIN/0985734507/dissivoice-20">Istrouma: A Houma Manifesto</a></em>. <a href="https://dissidentvoice.org/author/tmayheartdardar/">Read other articles by T. Mayheart Dardar</a>, or <a href="https://www.bayouhealers.org/">visit T. Mayheart Dardar's website</a>.</div>