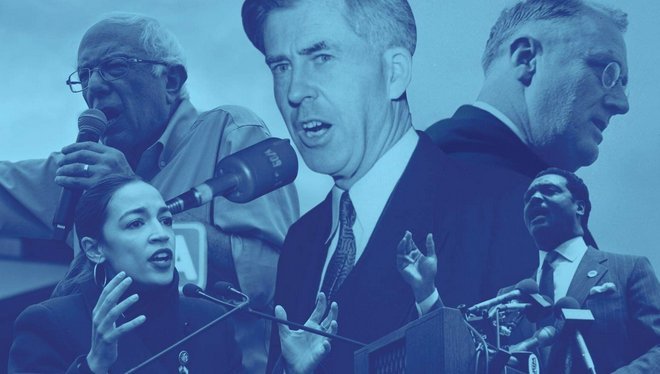 The Fight for the Soul of the Democratic Party: The Enduring Legacy of Henry Wallace’s Anti-Fascist, Anti-Racist Politics, by John Nichols. New York: Verso, 2020. 217 pages.

In January 1941, as World War II rolled on in Europe, President Franklin Delano Roosevelt famously proclaimed the “Four Freedoms” that would allow the world to rebuild after victory: “Freedom of speech and expression, freedom of worship, freedom from want, and freedom from fear.”

Shortly afterward, Henry Agard Wallace, Vice President in FDR’s third term, asked a racially mixed crowd in Detroit, Michigan, “Why not start now practicing these four freedoms in our own backyard?” Using the bully pulpit of his office and FDR’s high regard for him, Wallace also filled the airwaves with an equally weighty question: What would victory over fascism really mean?

John Nichols, a frequent contributor to The Progressive, offers the reader a lucid analysis of the New Deal programs and how the late twentieth-century story of the Democratic Party might have been remarkably different had they been sufficiently extended after wartime by Wallace, FDR’s presumptive heir. Nichols intends this history, as he tells it, to be understood and ultimately put to good use.

In deft and lively prose, Nichols looks through the rearview mirror, from the present back to the New Deal. He sees, again and again, leading Democrats turning from left to center. Roosevelt himself, unwell and uncertain that his party could hold on to Congress, acceded to “the machine,” picking the centrist Harry Truman over the progressive stalwart Wallace as his running mate for 1944. Southern Democrats and city bosses got the candidate that they wanted, and the party, along with the public, ultimately paid a heavy price.

Wallace fought on, stumbled, and ran a disastrous third party campaign in 1948. Nichols might have added that the new Americans for Democratic Action devoted itself to red-baiting Wallace and foreshadowed the party’s embrace of the Cold War.

Nichols recalls some especially bitter moments. In 1956, Dwight Eisenhower supported the federal enforcement of school desegregation, while his opponent, Adlai Stevenson II, dared not alienate Southern Democrats by taking such a strong position. Eventually, the Southerners defected to the Republicans anyway.

No one has better explained the retreat of Democrats from their New Deal high quite so cogently or usefully as Nichols. When the dreaded George McGovern became the party’s nominee in 1972, centrists formed Democrats for Nixon. By the time of Reagan’s 1980 election, they had secured control of the party. By the late-1980s, they paved the way for the Democratic Leadership Council and the New Democrats allied with Bill Clinton.

The Clinton Administration carried out a neoliberal program aimed at keeping the poor in line, while lining the pockets of the new classes of wealth. Despite his campaign promise of “hope and change,” Barack Obama departed little from the Clinton policies.

This book could not have appeared at a better moment, a few months before the 2020 election. It should serve to inspire Democrats to heed their history, during a parallel time of acute economic need, by going back to FDR, Henry Wallace, and the New Deal. As U.S. Representative Alexandria Ocasio-Cortez told Nichols, “I want us to be that party again.”