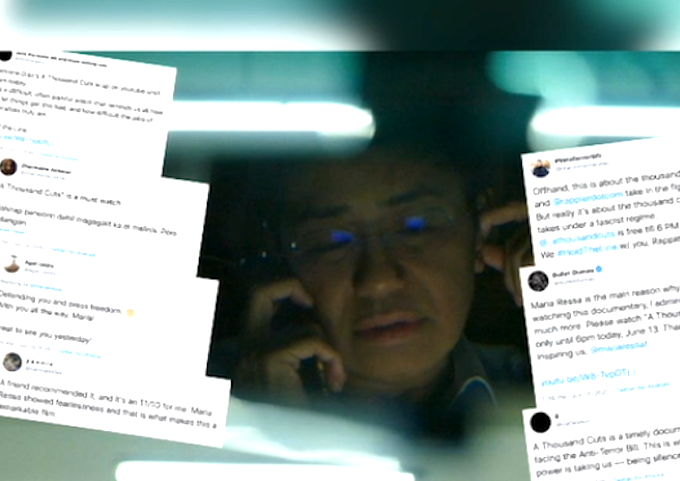 Maria Ressa and Rappler have faced many legal battles since 2016, including a cyber libel case over an article published even before the cybercrime law took effect. Image: Rappler screenshot/PMC

A Thousand Cuts, Ramona Diaz’s documentary on democracy and press freedom in the Philippines, has won the top prize at the 2020 Doc Edge Festival in New Zealand.

The winning films and filmmakers are listed on the festival’s website, with A Thousand Cuts named best international feature. 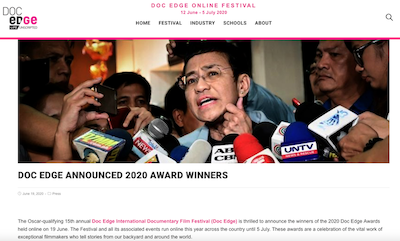 Doc Edge, is a documentary festival that is currently being held online due to the coronavirus pandemic.

Because Doc Edge is an Oscar-qualifying festival, winners of the top prizes, including A Thousand Cuts, qualify for consideration for the 93rd Academy Awards.

A Thousand Cuts follows Rappler chief executive and executive editor Maria Ressa and the news organisations’ reporters as they navigate the struggles of a free press in President Rodrigo Duterte’s government.

The film streamed for free in the Philippines on June 12, and was available for 24 hours. It also opened the Doc Edge festival and will be screened again on July 4.

Rappler has faced many legal battles since 2016, including a cyber libel case over an article published even before the cybercrime law took effect.