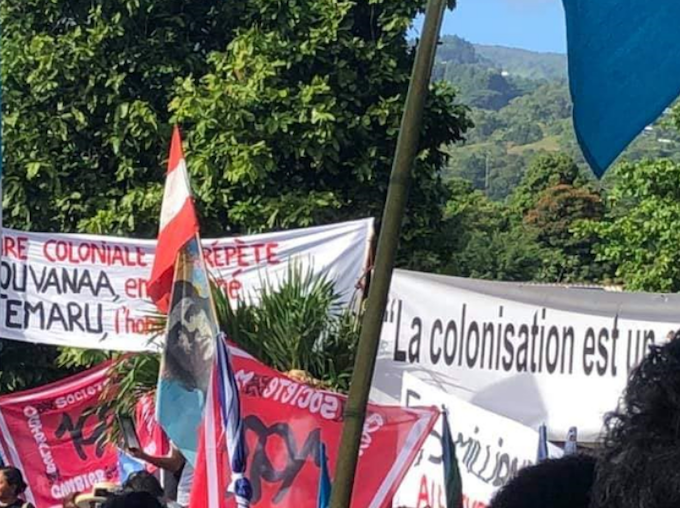 The Pacific Conference of Churches has called for justice in Mā’ohi (French Polynesia) and for Oscar Temaru, the activist mayor of Fa’aa and former territorial president.

In a message read at a protest march in Pape’ete at the weekend, PCC general secretary Reverend James Bhagwan called on France not to ignore Mā’ohi’s re-inscription to the United Nations Decolonisation list.

“Today, we note with concern that France has failed to hear the cry of the people and the voice of the United Nations,” Reverend Bhagwan said. 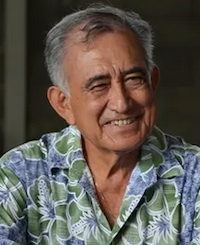 RNZ news reports the march was organised by the community organisation Nunaa a Ti’a, with two separate groups walking from either side of Pape’ete to the square outside the Territorial Assembly.

The event was attended by nuclear test veterans groups and union members as well as supporters of mayor Temaru who this month took the public prosecutor Herve Leroy to court over the seizure of his personal savings.

Case due in court
The case is due in court today where Temaru wants a preliminary ruling on the legality of Leroy’s action.

The meeting also attracted opponents of a vast roading project on the south side of Tahiti and people raising their concerns about 5G technology.

Among the banners on display, one quoted French President Emmanuel Macron saying “colonisation is a crime against humanity”.

More demonstrations are planned over the next two weeks, including the commemoration of France’s first nuclear weapons tests in 1970.

From Suva, the Fiji-based PCC said in its statement: “The Pacific churches also call on France to allow the people of Mā’ohi a voice on their political future by holding a referendum, similar to the political process in Kanaky (New Caledonia).”

Reverend Bhagwan said the recent arrest of “freedom fighter” Oscar Temaru appeared to be linked to his role in bringing about the re-inscription of Mā’ohi at the UN.

Mā’ohi was reinscripted seven years ago to the UN Decolonisation List after strong international advocacy aided by the PCC. The full PCC statement said:

“As the people of Mā’ohi (French Polynesia) remember the seventh year of their reinscription on the United Nations decolonisation list, the Pacific Conference of Churches calls on France to act with justice.

“France has ignored the wishes of the Mā’ohi people and the United Nations for their inalienable right to hold an act of self-determination.

“Seven years ago, the Pacific churches supported the Etaretia Porotetani Mā’ohi (Mā’ohi Protestant Church) in the process of re-inscription and has joined the EPM as a petitioner at both the United Nations Special Committee on Decolonisation (C-24) as well as the UN Special Political and Decolonisation Committee (Fourth Committee).

“Today, we note with concern that France has failed to hear the cry of the people and the voice of the United Nations. This refusal makes a mockery of France’s national motto – Liberte, Egalite, Fraternite (Liberty, Equality, Fraternity).

“The Pacific churches also call on France to allow the people of Mā’ohi a voice on their political future by holding a referendum, similar to the political process in Kanaky (New Caledonia).’

“The recent arrest of freedom fighter, Oscar Temaru, appears to be linked to his role in bringing about the re-inscription of Mā’ohi at the UN.

“Temaru is in court over allegations on the misuse of public funds in Fa’aa where he is mayor. The courts have also ordered the seizure of US$100,000 of Temaru’s savings.

“The courts must never be used as a tool for political expediency or revenge against opponents. Our courts must act impartially as instruments of a legal system which is fair and just, not prejudiced and oppressive.

“We call for Temaru to be treated justly. We remind France that it has yet to bring about just reparation for the thousands of people – including French civilians and service personnel – crippled and debilitated by the fallout from nuclear tests at Fangataufa and Moruroa.

“And we call on the people of the Pacific to pray for the Mā’ohi church and justice for all in the region who face tyranny and injustice from their leaders.

“In the name of Christ and in the service of a just, peaceful and free Pacific.”