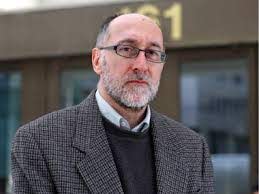 Denis Rancourt is a person who is unafraid to challenge conventional wisdom. For example, he is skeptical about the scientific consensus around climate change, and recently, he looked at the meta-analyses of using masks and questions their effectiveness against viral respiratory infections. Whether Rancourt is right or not in his conclusions is consequential, but more important is that he raises arguments and interpretations of the data that should set in process debate to help steer toward a clearer understanding of phenomena. Rancourt doesn’t challenge for the mere sake of irking the purveyors of the status quo. He challenges narratives he finds contrary to the facts and evidence. He is a scientist, and that is what a trained scientist should do. It is what any person, scientist or not, who wants to engage in reasoned debate should do.

One place reasoned debates should be welcome is at a university. Universities are supposed to be bastions of academic freedom, where thoughts, dreams, conclusions, theories, ideas, politics, and even sometimes nonsense are all open for discussion and debate. Unfortunately, that is just not the case, and even fully tenured university professors have to be aware of how the Establishment might view and react to emerging findings, viewpoints, and facts that threaten to expose — or worse lead to the overturn of — a system that is favored by elitist society.

Rancourt was a distinguished tenured physics professor at the University of Ottawa. Nonetheless, one day he found that he had been dismissed and locked out of his university office. He was persona non grata on campus. Why? The university said it was because Rancourt had assigned high grades to all 23 students in one advanced physics course.

There are plenty of studies that indicate assigning grades as being harmful to learning and destructive of curiosity. Critical pedagogue Alfie Kohn’s book Punished by Rewards: The Trouble with Gold Stars, Incentive Plans, A’s, Praise, and Other Bribes explodes the practice of and need for assigning grades as well as critiquing other forms of behavioral coercion.

In an interview with Jesse Freeston, Rancourt explained his rationale on grading:

JF: Why is it important to you to not grade your students?

DR: With grades students learn to guess the professor’s mind and to obey. It is a very sophisticated machinery, whereby the natural desire to learn, the intrinsic motivation to want to learn something because you are interested in the thing itself, is destroyed. Grades are the carrot and stick that shape obedient employees and that prepare students for the higher level indoctrinations of graduate and professional schools. The only way to develop independent thinking in the classroom is to give freedom, to break the power relationship by removing the instrument of power.

JF: In the classes where students were not graded, how would you describe the work that they accomplished?

DR: The variety of projects, the breadth of topics that were explored by the students is an order of magnitude or more (a lot) greater than what you would normally see in a standard class, because they were the ones that came up with it, they were intrigued by it, they were following their own curiosities, their own self-directed research. Because they were able to find their own intrinsic motivation within the subject itself, I believe their learning was deeper.

It was to some extent humiliating for students to realize that they had bought into a system which doesn’t work. In which they can be convinced that they’ve learned something even though they haven’t understood it. It was a bit of a shock to them, but that shock is essential. You have to be willing to accept that you don’t really understand something if you’re going to be a researcher who makes great discoveries of how nature functions and so on.

So deep, however, was the U of O’s rancor toward Rancourt that it spent over $1 million, as related by the professor, sponsoring a defamation lawsuit against him.

Rancourt asked, “Just how far can a Western university, in a so-called free and democratic society, go in violating the freedom of expression and the professional independence of a tenured professor?”

During his tenure at U of O, Rancourt wielded his academic freedom, well, freely; he taught activism, and he poked the administrative eye with his “U of O Watch” blog.

The university administration’s actions against Rancourt affected not only him; they also negatively impacted U of O students and researchers. Graduate students were also locked out of the laboratory and, said Rancourt, “the university destroyed my large collections of valuable scientific samples, and immediately made the laboratory inoperable.”

Imagine putting in the years of study to get a PhD, working 22 years for an institution, and then being fired and having one’s work destroyed. Rancourt had amassed an important collection of scientific samples that the university, in apparent vindictiveness, destroyed. Worse, the career of the tenured, full professor with a bevy of publications in peer review journals was seemingly at an end.

However, in the end, there has been some solace for Rancourt, now a researcher for the Ontario Civil Liberties Association, who said,

I’m happy to report that all the matters in dispute between the University of Ottawa and me have been amicably resolved, through voluntary mediation that occurred on January 16, 2019, with the help of expert mediator William Kaplan.

The general public won’t know exactly what the settlement is as the terms of the agreement are confidential. Nonetheless, Rancourt said he is happy about the settlement.

He thanked his union, the Association of Professors of the University of Ottawa (APUO), the many students, friends and others who offered their support to him over the years.

Academic freedom is important. In the 17th century, Italian polymath Galileo Galilei was forced by a Roman Catholic Inquisition to renounce heliocentrism and support the Ptolemaic conception of the Earth as being at the center of the universe. It wasn’t until the 20th century that the Vatican came clean and admitted Galileo was correct.

Unfortunately, censorship is not confined to the past. Case in point was an article by Rancourt that was published at ResearchGate. Later it was removed (The article is available here). ResearchGate called the article, to this writer’s puzzlement, “non-scientific” and complained about the “controversial subject matter.” In essence, it seems that the managing directors of ResearchGate are indeed acting as research gatekeepers.

So, I can’t help but wonder why a more concerted agitation had not manifested itself early on against the U of O. If the faculty and students truly cherished academic freedom, why had they not demonstrated an activist solidarity with Rancourt?

Solidarity has power, but only if it is used.

In recent weeks, the massive outcry against the hellacious police murder of George Floyd has caused the state apparatchiks and their bosses to fret. What will the outcome of demonstrations be? Only time will tell.

This article was posted on Monday, June 29th, 2020 at 7:04am and is filed under Academic Freedom, Employment, Human Rights, Labor.