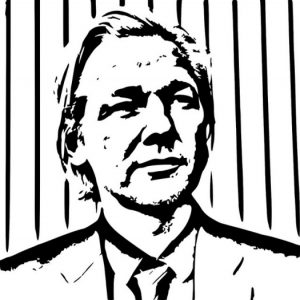 Australia’s the kind of place where, after twenty years here, you can wake up one morning to a sucker-punch epiphany — wow! This is what it would be like if the South had won the Civil War. No slavery, but a mindset, sometimes an arrogance that comes at you like Dylan’s twisty freight train. Not a place to feel like an outsider. It can seem a bit surreal, a place where, from coast to coast, they can force their children to read To Kill A Mockingbird in the day to educate them on the banality of injustice, but then bring them along to the lynching of an Uppity that night. These are dangerous, Sam Kinison-like thoughts, and as Bobby would say, “If my thought-dreams could be seen, they’d probably put my head in a guillotine.” So I cool it.

On the other hand, by comparison to America, Australia has a model social safety net in place.  Bernie Sanders would be envious. Socialist Democratic values work.  You can provide backbone support for public needs, and still leave plenty of elbowing room for capitalism and getting obscenely rich. They have Medicare-for-all here; while the system needs tweaks, nobody goes without necessary medical care; just make an appointment. Tertiary education can be paid for through generous government loans paid back through a sensible income-indexed scheme. (Once upon a time, tertiary education here was free.) And there is government assistance with income and housing for those in need.

It’s a self-described “clever” and “lucky” country, but also, like many other countries, full of strange and sometimes dark contradictions. Waltzing Matilda laid back, but Sam Kinison in your face, too.

Julian Assange is from this place. He spent part of his early childhood on Magnetic Island, off the coast of Queensland. One account describes his “wild…Tom Sawyer-like” childhood. And there is even a Jumping Frog of Calaveras County atmosphere to the place that Mark Twain would have smiled at. Later, he moved to the mainland and had a sturm-und-drang childhood, featuring the misfit blues and loneliness, but also self-education and computers — just as the Internet was mainstreaming. Then Dennis the Menace grew up to become an Enema of the State.

He’s a kind of Libertarian (and libertine) who wants limited corporate and governmental influence on individual lives; he loathes all the strutting, data-driven Machiavellis, and champions the dying light of simple privacy, even if it must be decked out in the chainmail of be-knighted encryption. He seems to repel both Democrats and Republicans these days — leaks and hacks, hacks and leaks: the Democrats hate him for undermining Hillary; Trump seems to hate Assange for helping him get elected and seems in a hurry to get him imprisoned for espionage before Wikileaks can release the president’s tax records.

It can seem shocking at times — the mind double-takes — to think that this guy came from a nation that doesn’t especially value the freedoms he pushes on the rest of the world.  Unlike most modern democratic countries, there is no Bill of Rights, or the like, to fall back on in Australia if the government decides to “crack down” on freedom. Aussies largely see themselves as “egalitarian,” and the aforementioned solid social safety net is a great quietener of political passions, but the American-driven War on Terror has begun to expose just how few protections people have here, should that ever matter to them.

Thus, a few years back, Australia passed an anti-terrorist measure in parliament, which, while providing for the necessary means to deal with incidents, used language that left open the possibility that the law could lead to serious abuses, such as torture and the undermining of the preumption of innocence. More recently, anti-encryption legislation was passed that has alarmed some citizens, who see it as an assault on privacy and journalism. And even more recently, a legislative amendment to the espionage act made trafficking in top secret information illegal — a virtual shutting down of whistleblowing in Australia.

As Senator David Leyonhjelm, expressed in a Melbourne Age article recently, “These provisions are shameful. As a nation we should be better than this. Australia is engaged in a fight against barbarism, but that does not justify becoming barbarians ourselves.” As in most places, many Australians would just see the sum of such legislation as a matter of having a contingency plan in place to prevent horrific terrorist events from happening and for dealing with them efficiently if they do. However, there are some troubling signs of suppression already at work.

Recently, the Sydney offices of the national ABC network were raided by Australian Federal Police and a huge trove of data was seized, including leaked documents, images and videos, knowns as “The Afghan Files,” purporting to contain evidence of the murders of civilians and their cover-up. The ABC had produced and aired a seven-part story in 2017. Two years later: No story in the future — or the past — is safe from prosecution, it seems. The ABC believes the public interest is established; the exposed events being a revelation of military war criminality gone uninvestigated. When asked for a response, the Prime Minister Scott Morrison was “dismissive.”

In a separate incident, an ABC journalist’s home in Canberra was raided in an effort to secure sensitive documents obtained by reporter Annika Smethurst which she used in a 2018 story to show Australian Signal Directorate plans to enhance its domestic spying capacity. News, because, like the CIA in America, they’re not empowered to spy domestically. So, again, it’s definitely news of public interest. The government just wants to know who leaked the story.

The besieged and shrinking media in Australia has been intimidated by legal constraints for years — even away from national security issues. For instance, back in 2014 the Israelis bombed Gaza in a much-publicized incident that brought international outrage. Israelis were captured by photographers at a Sderot hillside watching the carnage and “treating the bombing as a spectator sport.” A Sydney Morning Herald cartoonist, drawing information from various photos, depicted the scene in such a way that Jewish defamation groups attacked the cartoon as “anti-semitic” because the cartoonist used religious symbols (star of David, kippah), as well as showing an Israeli holding a TV remote control, as if viewing a Netflix streaming movie. Cowed editors pulled the cartoon, despite the political accuracy of its depiction. (Still at it. Just saying.)

Julian Assange, like most journalists, just wants to keep the Bastards honest. It’s the job of the Fourth Estate. Like it says over the masthead of the Washington Post, (maybe ironically) “Democracy Dies in Darkness.” We need to know about atrocities committed overseas in our name. We need to know when elected representatives who promised the moon landing to put them in office are lying about hiding facts that would interest the people who them there. And we need to know when they are “cracking down” on freedom in Australia every bit as much as when they are “cracking down” down on freedom of expression in Tiananmen Square. [The alleged Tiananmen Square Massacre has been exposed as disinformation by WikiLeaks. — DV Ed]

Australian politicians are on record as regarding Julian Assange as a criminal; one former attorney-general even went so far as to suggest cancelling his passport and charging him with treason, and, if convicted, of imprisoning him for life.  Under present laws, even possession of the brief that suggested he be charged with treason could be criminalized and a journalist reporting on it charged. In this political milieu it is amazing that Julian Assange ever grew up to be a defender of freedom — the press, individual public rights, human privacy. Amazing. Probably it helped enormously that he just didn’t fit in.

Last September, Scott Morrison became the first Australian Prime Minister to visit the White House since John Howard. (Howard, no fan of a Bill of Rights at home, once demanded that the Iraqis include such a Bill in their own constitution. That’s kind of the way it is here.) Who knows what Scott and Donald will talk about. But one likely subject is immigration policy. Morrison, the architect of Australia’s current No Boat People Will Ever Become Citizens Here policy, can talk Trump through how to make Guatemala his own Manus Island, complete with compounds overflowing with toilet shit — you know, so they get the message.

John Hawkins is an American freelance journalist currently residing in Australia. His poetry, commentary, and reviews have appeared in publications here, in Europe, and in the USA. He is a regular contributor to Counterpunch magazine. Read other articles by John.

This article was posted on Monday, August 10th, 2020 at 9:41am and is filed under Australia, Espionage/”Intelligence”, Julian Assange, Opinion, Privacy.