Sunil Janah, Mallu Swarajayam and other members of an armed squad during the Telangana armed struggle, 1946-1951.

When news of the revolution in the Tsar’s empire filtered into British-dominated India in 1917-1918, the reception was universal: if they could overthrow the Tsar, then we can overthrow the British Raj. But the temperature had risen beyond merely the removal of the British; the barometric pressure had increased in the direction of a social revolution. A liberal newspaper in Bombay wrote, ‘The fact is Bolshevism is not the invention of Lenin or any man. It is the inexorable product of the economic system which dooms the millions to a life of ill-requited toil in order that a few thousands may revel in luxury’. That economic system – capitalism – had created great wealth but it could not improve the condition of the billions of people who produced that wealth.

Spurred on by the October Revolution of 1917, Indian workers went on strike after strike, eventually creating the All India Trade Union Congress in 1920. The energy generated by the October Revolution and the strike wave produced the conditions for the creation of the Indian communist movement a hundred years ago. Revolutionaries in exile from Berlin to Tokyo and revolutionaries inside India looked towards Tashkent (in the Soviet Union), where their comrades formed the Communist Party of India on 17 October 1920. 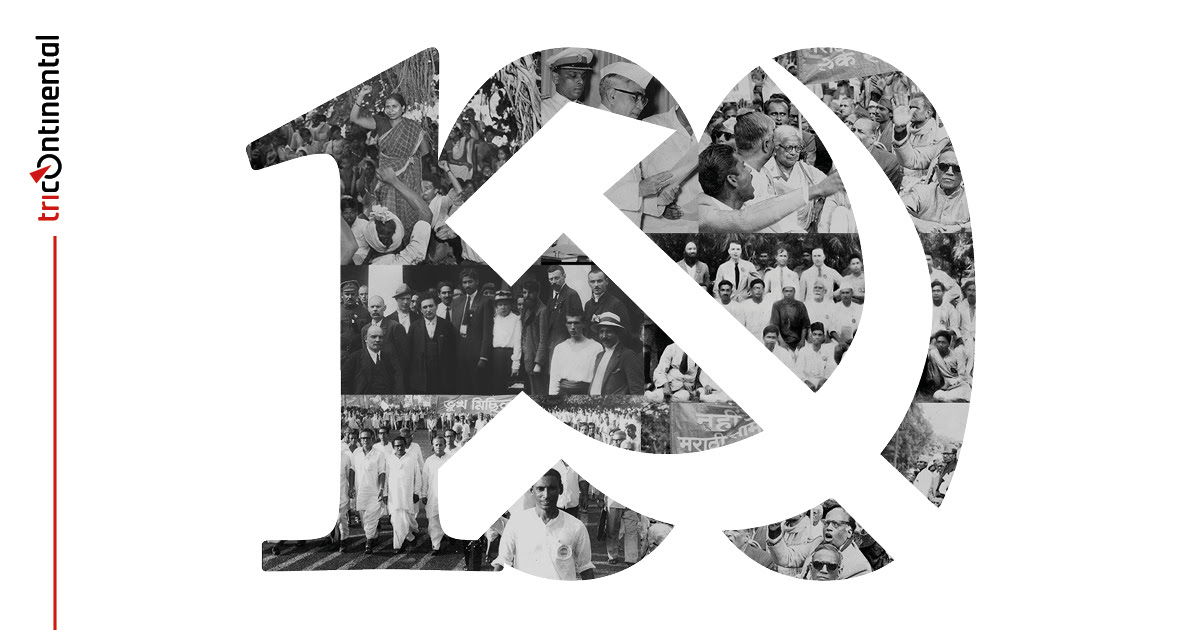 Our dossier no. 32 (September 2020) is a tribute to the One Hundred Years of the Communist Movement in India. It is not easy – in this brief format – to summarise the sacrifices and challenges, the struggles and advances of the millions of Indian communists over these hundred years; this dossier provides an introduction to a complicated and resilient world of revolutionary activism in a country that recently had – in one day – more COVID-19 cases than China has had during the entire pandemic.

Introducing the role of communists into the conversation in our time can raises eyebrows, as some question the relevance of the tradition. Meanwhile, despite the pandemic, in factories and fields, in call centres and office buildings across India, workers continue to produce the goods and services under the same oppressive conditions. Capitalism dances between a major contradiction: between social production and private property. Capital – namely Money that thirsts to make more Money endlessly – organises all the forces of production into one effectively organised social process that generates maximum profits to the owners and minimum possible wages to workers. The remarkable network of social production ties workers in one part of the world to another, brings commodities from there to here. This network promised to link people together and to allow humans to enjoy the fruits of each other’s labour. 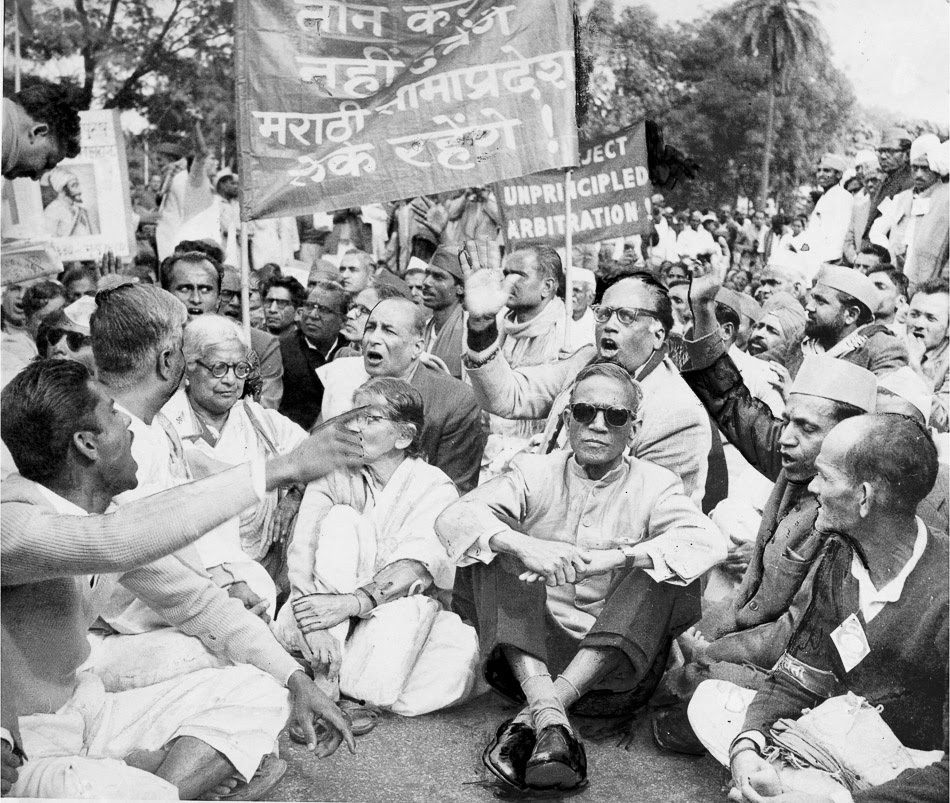 Members of the Samyukta Maharasthra Samiti headed by communist leader SS Mirajkar who was then the Mayor of Bombay, demonstrating before the Parliament House in New Delhi, 1958.

The problem, however, is that the immense productivity of capitalism stands on the foundation of private property. Capital is restless and must always seek a profit. It is through the control of the production process that capital exploits labour and draws out surplus value. Private capital controls the system of social production, and appropriates the social wealth produced, with little share to the actual producers.

The control of capital over the production process prevents the flowering of the creative power of human labour; the pressure of profit, the fruit of private property, seeks to draw more and more from the workers whose own resourcefulness is stifled by the demands of routine, obedience, and conformity enforced by the social relations of production.

Poverty is not an unfortunate manifestation of this system, but its necessary product. To eradicate poverty – which is a shared human dream – requires us to do more than seek welfare and charity. Charity and welfare might lighten the immediacy of suffering, but they cannot do more than that. To the early Indian communists, it was not enough to remove the British from India and allow Indian capitalists to rule the country; their philanthropy would be insufficient against the reproduction of generations of poverty. The producing classes needed to be organised to overthrow the system of private property and to found a system based on socialist principles. That is what has motivated generations of Indian communists, whose story is in our dossier, and that is what motivates the left around the world in our time.

In July 1921, the Communist International formulated rules and advice for communists around the world. Most of these rules are straightforward. But one particular statement stands out: ‘For a communist party, there is no time in which the party organisation cannot be politically active’. This advice was useful seventy years later, when the USSR collapsed, and the world communist movement suffered greatly from its demise. History, it was said, is over: capitalism has proved that it is now eternal and cannot be superseded.

Since 1989, the capitalist system has lurched from crisis to crisis, unable to face its deeply rooted contradictions and unable to offer solutions to endemic social problems. Marxism remains an essential framework to analyse a system that continues to operate by its centuries old rhythms. Capitalism has no doubt changed in many different ways, developed a greater role for finance for instance; but it remains governed by the system of social production and private gain, by capital’s immense power over the system of production and accumulation. Harsh conditions of work and life, the fight over labour time and intensity, the pressures of unemployment and hunger illuminate the centrality of class exploitation in our social order. This situation calls upon the left to be ‘politically active’, to extend, to deepen, and to unify the myriad struggles for concrete demands into a larger, stronger movement. As each struggle develops, it provokes a response from the capitalists and the state. And each response – often violence by the police – has the potential, when combined with political education, to clarify the political fight that must be waged by the workers not for this or that reform alone but for the transformation of a system that continues to generate poverty. The capitalist system, by its nature, produces diabolical levels of poverty; the future does not seem possible within the system. 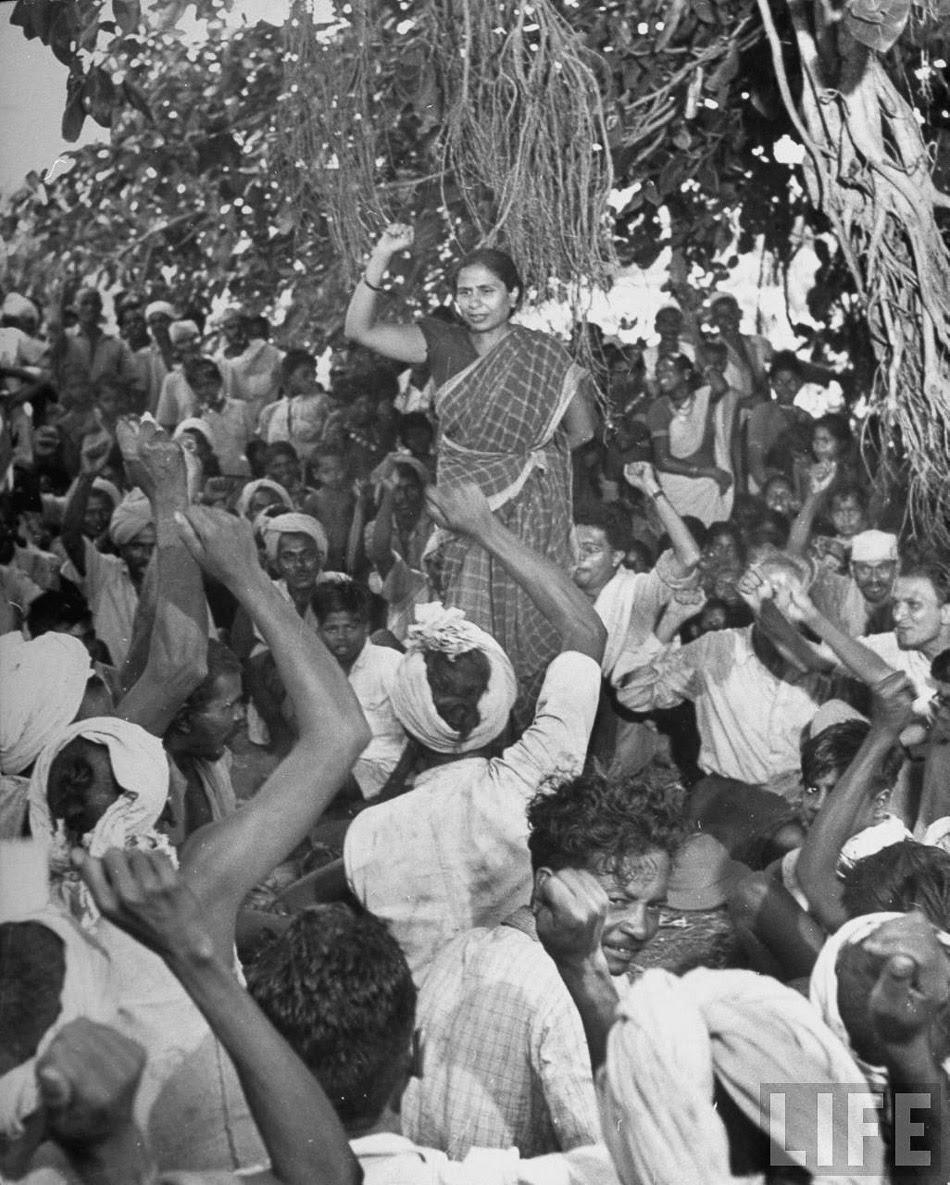 A better way has to be possible. That is the great possibility of socialism, the great hope that we can go beyond a system that immiserates billions of people. For the 1983 film Mazdoor (Worker), Hasan Kamal wrote a song that captures the essence of this sentiment:

When we labourers demand our share of the world.
Not just an orchard, not merely a field: we will demand the whole world. 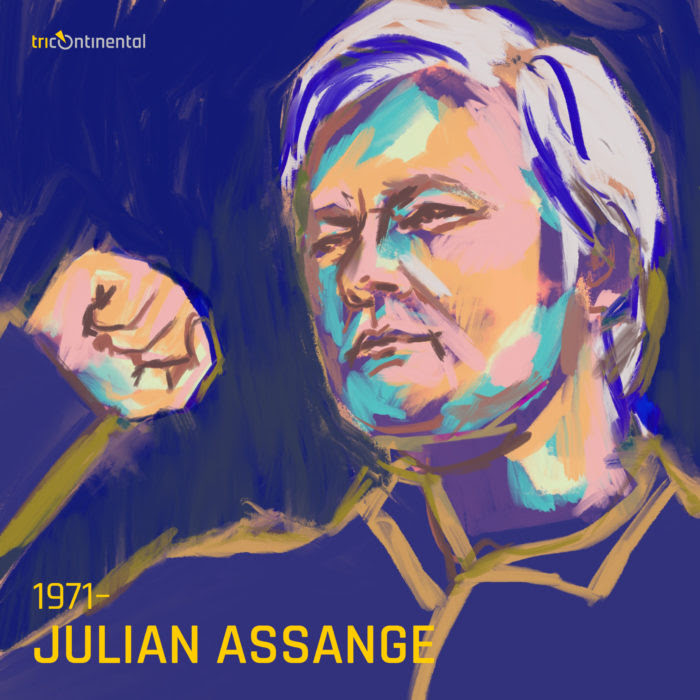 The extradition hearing for Julian Assange opened in London on 7 September. Assange is wanted by the United States of America for ‘computer-related offences’; but the US government really wants him for exposing US war crimes in Iraq and elsewhere (as I detailed recently). The persecution of Assange has had a chilling effect on whistle-blowers and on investigative journalism. It is the outcome desired by the powerful.

Confidence does not return because of the courage of individuals. It is when people such as the communists of India take to the streets in the millions that ideas of peace become vital. That is why we stand with publishers and journalists who – given courage by the mass movements – reveal the terrible secrets of the powerful.