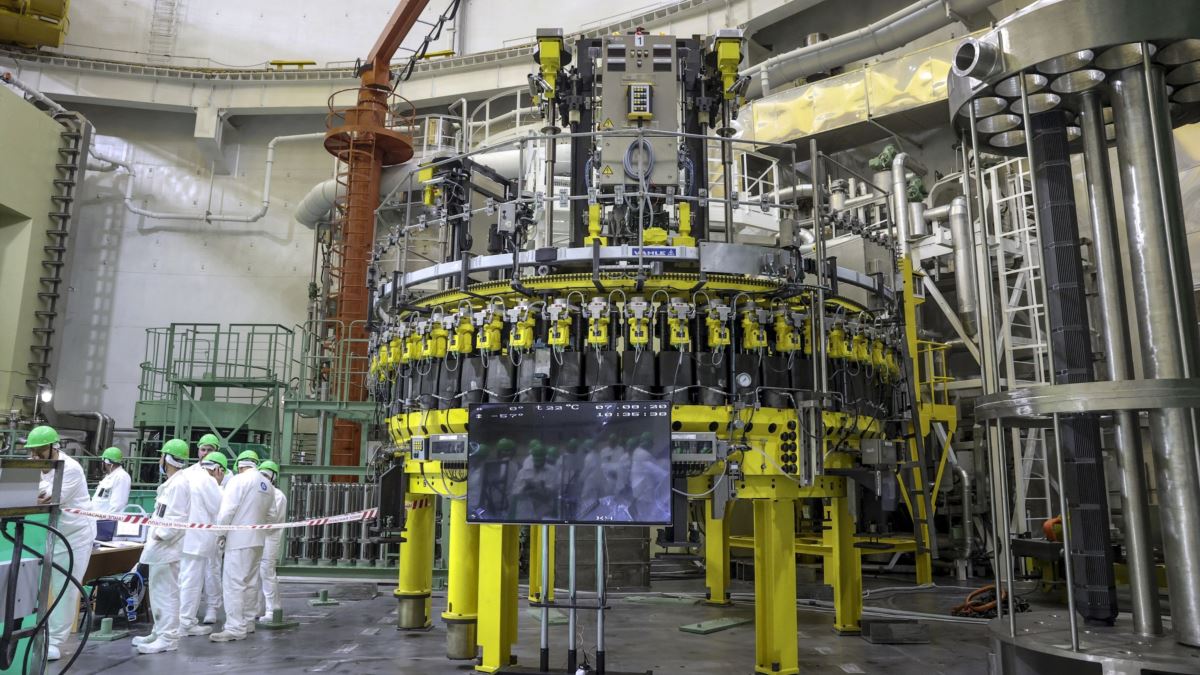 Alyaksandr Lukashenka has officially opened the first and only nuclear power plant in Belarus, boasting the Eastern European country “will become a nuclear power.”

“The Astravets nuclear power station is a new step into the future, toward ensuring the energy security of the state,” Lukashenka said in comments broadcast on state television on November 7.

Built by Russian state-owned firm Rosatom and financed by Moscow with a $10 billion loan, construction of the power plant near the city of Astravets, in the western Hrodna region, was opposed by Lithuania, whose capital, Vilnius, is just 50 kilometers away.

Astravets draws water for its cooling reactors from the Nevis River, which also supplies drinking water in Lithuania.

The plant’s construction has also been divisive among Belarusians, who suffered greatly from the 1986 Chernobyl nuclear disaster. Belarus saw a quarter of its territory contaminated in the world’s worst civilian nuclear accident.

Andrey Sannikau, a Belarusian opposition figure who was imprisoned after running against Lukashenka in 2010, wrote on Twitter that the plant was a “geopolitical weapon” for Lukashenka and the Kremlin against the European Union and a “radioactive danger for Belarus and Europe.”

The inauguration comes as Belarus witnesses nearly daily protests and strikes since an August 9 presidential election the opposition and the West says was rigged.

Lukashenka, who has been in power since 1994, has rejected the accusations and dismissed opposition calls for him to step down.

The United States, the European Union, Canada, and other countries have refused to recognize Lukashenka as the legitimate leader of Belarus.

The EU on November 6 added Lukashenka, his son Viktar, and 13 other officials to its blacklist of Belarusian officials for their alleged role in falsifying the vote and the government’s crackdown on protesters.