Afghanis who say they have witnessed torture and murder at the hands of Australian soldiers want the chance to testify in court as well as compensation, a journalist says.

He was commenting on a four-year inquiry that found “credible information” supporting allegations of war crimes by the country’s special forces.

Major-General Paul Brereton’s report also said junior soldiers were often required by their patrol commanders to shoot prisoners to get their first kill in a practice known as “blooding”.

The inquiry also found evidence soldiers gloated about their actions, kept kill counts and planted phones and weapons on corpses to justify their actions.

Afghan journalist Bilal Sarwary has interviewed some of the victims’ families. Speaking from Kabul, he told RNZ Morning Report: “They told me about torture, about helicopters, about women and children getting scared and murder.”

One victim had told him four of his family had been killed – two brothers and two cousins.

In another village he spoke to a number of victims about their bad experiences and they described “murders after murders”.

“One man did say to me that he wanted to look up in the eyes of these killers and ask them why did they kill so many innocent Afghans.”

Another man he interviewed could not stop crying as he likened the sound of bullets from a gun with a silencer to “drops of water”.

They have asked him if those directly affected will get the chance to fly to Australia to give evidence in courtrooms there, Sarwary said.

Many of the people involved were very poor and they had also asked him about their chances of receiving compensation from Australia.

Sarwary said that the Afghanistan Human Rights Commission has demanded that Australia adopts a transparent process as it lays charges against the perpetrators and there should be compensation for victims.

Former SAS paramedic Dusty Miller, who was deployed to Afghanistan in 2012, told the ABC he had witnessed a number of unlawful killings and had since struggled with “psychological wounds”. Image: Al Jazeera screenshot

‘We crossed a very bad line’ – ex-soldier
The Brereton inquiry heard from more than 400 witnesses, including former SAS paramedic Dusty Miller, who was deployed to Afghanistan in 2012.

He told the ABC he witnessed a number of unlawful killings and has since struggled with “psychological wounds”.

He said he felt vindicated after reading the report and was in no doubt that some of the soldiers needed to go to jail for their crimes. It might be hard for the Australian public to accept such behaviour had occurred, he said.

“We’ve got this proud ANZAC tradition that we’re trying to uphold but unfortunately it’s like finding out that Santa Claus isn’t real.

“We crossed a very bad line and we crossed it for a number of years and we need to pay that price now.”

The report also warned that more killings would be revealed in the future and Miller said he was sure that is true.

Some soldiers’ lives had been ruined by what they had witnessed in Afghanistan. It also meant the end of his own military career, Miller said.

“There was no way you would have flagged this with the commanders or speak up – that would have been unthinkable.”

Miller said the commanders must have known what was happening especially as they had debriefs after every mission.

However, it was “a minority group” who acted badly and the majority of men he served with were “honourable” although they operated in a “dog eat dog” aggressive environment. 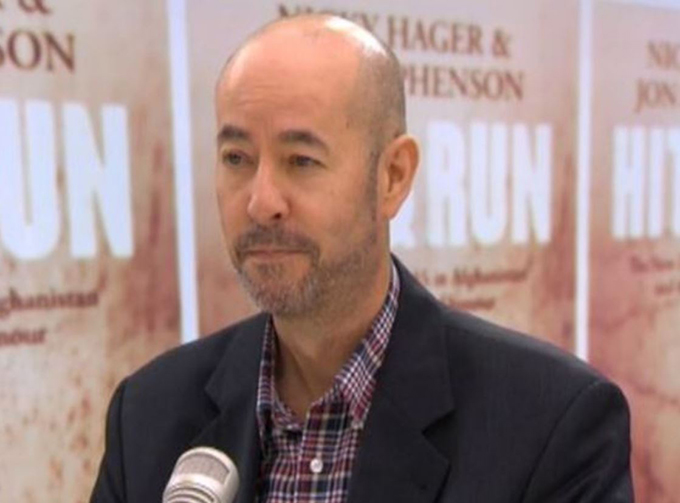 Clear differences between NZ and Australian troops, says author
Investigative journalist Jon Stephenson, the co-author of Hit and Run, the book which led to the Operation Burnham Inquiry, said there was a difference between the way Australian forces behaved and the conduct of New Zealand forces.

“Whereas in the Australian case, there’s a clear difference, in that they deliberately planned and carried out unlawful actions, alleged war crimes – shooting people who were in their custody and posed no threat or civilians.”

Australian and New Zealand troops worked together in some places, such as headquarters, but they did not go out in large numbers on missions together.

After New Zealand troops had bad experiences working with the US in Afghanistan a decision was made that New Zealand troops would operate as independently as possible so they would not be “contaminated” by some of the behaviour they saw.

In some cases they did support missions, but generally they acted on their own or with the Afghans, Stephenson said.

Australian federal police will investigate the specifics and decisions will be made about which troopers should be prosecuted over the 39 alleged murders. This process may take years, he said.

“It would be my expectation, based on what I’ve heard, and the people I’ve spoken to, that there will definitely be a large number of prosecutions.

“It’s inconceivable to me given that, for example, people have been shown on camera shooting unarmed young men in a field who posed no threat, that there will not be successful prosecutions, convictions and some people will serve serious jail time.”

Defence Force chief General Angus Campbell identified a significant problem with what he called “toxic warrior culture” in Australian forces and this was not seen in the New Zealand forces.

However, Stephenson said it is important for New Zealanders to consider if their troops had served as many rotations in the same same high intensity conflict areas and had lost as many troops in conflicts as the Australians did whether such a culture might evolve.

He believes that NZ troops would not have resorted to this type of behaviour.

“I think there are significant cultural problems in the Australian military. They have got a very different attitude towards indigenous people than our troopers have.

“That’s not to say that our forces have acted impeccably at all times, but I do think there are significant cultural differences, training differences between New Zealand and Australia.”

With New Zealand’s smaller numbers it was also easier to identify bad behaviour.