New Zealand today … contending with earthquakes, a tsunami alert and a pandemic all in one day. Image: RNZ montage

Prime Minister Jacinda Ardern says it is hard not to feel like New Zealand is having a run of bad luck, with residents waking up today to a tsunami alert amid the covid-19 restrictions.

The tsunami alert was triggered after three quakes overnight – the first of 7.3 magnitude struck about 2.30am just off the east coast of the North Island.

At 3.45pm, the National Emergency Management Agency cancelled all of the tsunami warnings.

Emergency Management Minister Kiritapu Allan said there are no reports of damage at this stage to property, but the focus had been on evacuation and further assessment would follow.

The prime minister said HMNZS Canterbury was due to be at the Kermadec Islands to carry GNS scientists, Sir Peter Blake Trust scholarship holders, and a group of iwi but the covid-19 alert level changes on Sunday had prevented that deployment from happening. 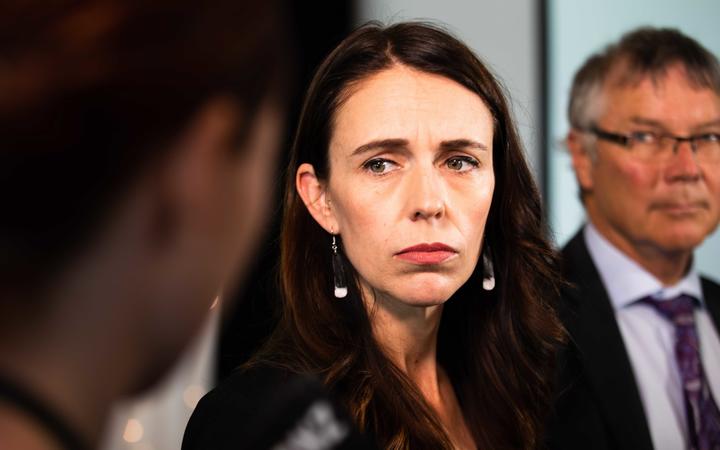 Prime Minister Jacinda Ardern … “hard not to feel like our country is having a run of bad luck.” Image: Dan Cook/RNZ/File

“Otherwise we would have had people on the island at the time and I can’t imagine what that experience would’ve been like,” she said.

She said when she had felt the earthquake she had checked in with the minister at 2.29am.

Asked about what she thought given the country was dealing with a pandemic and an earthquake, she said: “Bugger it, pretty much what everyone else thought at that time.

“But this is as the minister has said, we are the shaky isles and what we’ve got to do is make sure no matter what experience we have we do everything we can to prepare so that in the future if we have another experience that we are even better prepared than we were.

“As I walked into the Beehive bunker, where we undertake our Civil Defence emergency co-ordination, two things struck me. First that it’s hard not to feel like our country is having a run of bad luck when you have an earthquake, tsunami alert and pandemic to contend with all in one day.”

But she said walking past images of past natural disasters plastered on the walls to the bunker, she realised the efforts of Civil Defence teams.

“We have had our share of tough moments in this country, but within that we have always been blessed incredible people who work in our emergency system.”

Allan said there had been multiple aftershocks after the initial quakes.

Ardern announced the move while speaking to media after a cabinet meeting to decide on alert level changes.

This will be reconsidered with a plan to move Auckland down a level at the start of the next weekend if possible, she said.

“If you are sick, stay at home, don’t go to work or school and don’t socialise. Keep track of where you’ve been at all times.”

The restriction of 100 people at events will be in place.

No new cases of covid-19 have been reported in the community for the fifth day in a row or in managed isolation today.