Moruroa Files … an investigation into French nuclear tests in the Pacific with more than 2000 declassified French documents. Image: APR screenshot

Cutting edge nuclear science, a trove of declassified documents, and investigative journalism have exposed the human and environmental impacts of French nuclear testing in the Pacific in a new book and web microsite/database.

Between 1966 and 1996, France conducted 193 atmospheric and underground nuclear weapons tests in Polynesia in the southern Pacific Ocean.

These nuclear explosions profoundly affected the environment and health of local indigenous Maohi people and of French veterans involved in the testing programme.

Using an archive of 2000 pages of declassified French government documents, hundreds of hours of computer simulations of the nuclear tests and fallout predictions, dozens of interviews in France and Polynesia, the book Toxique presents the results of a two-year long study on the consequences of French nuclear testing in the Pacific and the continued struggle of local communities and veterans to seek justice and compensation.

It sheds unprecedented light on the radiological and environmental contamination of the people of the Pacific through scientific research, journalism, and storytelling.

It challenges existing official narratives of the consequences of the test, and reveals that more could have been done to protect the public and that justice is owed.

The book, authored by Sébastien Philippe and Tomas Statius, has a parallel microsite and database – Moruroa Files: Investigation into French nuclear tests in the Pacific.

Classified until 2013, the archives were finally made public as a result of a long legal battle between the French state and the victims of the nuclear tests. 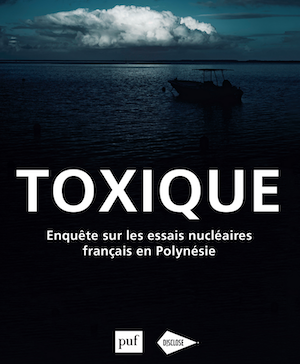 Toxique … the book of the investigation. Image: APR screenshot

Until now, the documents have never been studied in their totality. The research team reorganised them by date and subject matter and have now filed them into a database that can be accessed by victims of the tests, researchers and the wider public.

Along with the study of the documents, the team carried out interviews with more than 50 people, including 18 inhabitants of Polynesian atolls, 16 former military personnel, as well as with magistrates, scientists and organisations from civil society in both French Polynesia and mainland France.

Using 3D modelling tools and the visualisation of data, we have reproduced, for the first time ever, the events that followed the most contaminating of France’s atmospheric nuclear explosions carried out between 1966 and 1974.

The team also re-evaluated the extent of the radioactive contaminations these caused, and in which the civilian populations were the principal victims. 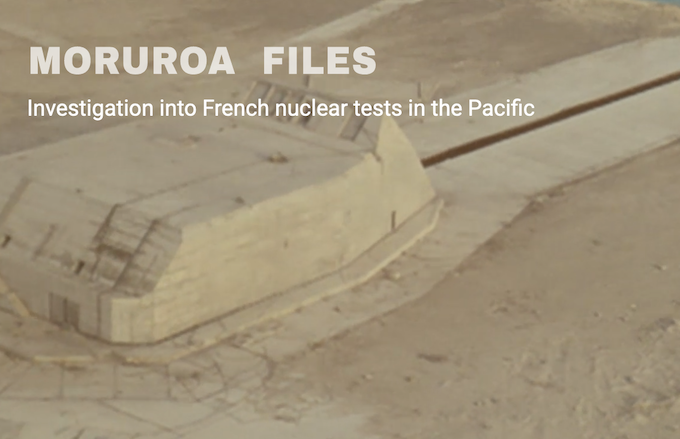