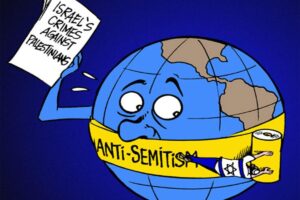 In response to the recent upsurge in pro-Palestinian activism basically every major Canadian media outlet has published stories about rising anti-Semitism. B’nai B’rith claims there were more anti-Semitic incidents in May than all of last year. The government recently acceded to the Centre for Israel and Jewish Affairs (CIJA) demand for an emergency summit on antisemitism, which will be led by staunch Zionist Irwin Cotler.

But comparatively little attention has been devoted to anti-Palestinian bigotry despite the publicly verifiable evidence that suggests Palestinian Canadians or those identified with them have faced greater discrimination and violence. And once again, CIJA and B’nai B’rith muddy the waters of understanding racism by conflating criticism and actions against Israel with anti-Semitism.

Let’s take a look at the record over the past few weeks:

These instances don’t count individuals — such as a social justice teacher in Toronto put on home assignment, McGill students on a blacklist, a doctor in Toronto smeared and threatened with being fired — for standing up for Palestinian rights. Nor do the above-mentioned examples count anti-Palestinian police racism. In Halifax, Windsor, Calgary, Hamilton and possibly elsewhere the police ticketed dozens of individuals simply for attending Palestine solidarity protests. A report from Windsor suggests — though I have no recorded proof — that cars playing Arabic music were specifically targeted by the police. There’s also a report from Hamilton suggesting that women with Hijabs received eight of 12 tickets given out at a rally.

Before detailing/evaluating the main purported incidents of anti-Semitism it’s important to mention both the discrepancy of resources the two “sides” have to document abuses and their impulse to do so. B’nai B’rith, Friends of Simon Wiesenthal Center, CIJA and the Jewish Federations’ operate hotlines to tabulate incidents of anti-Jewishness and have significant capacity to communicate perceived acts of discrimination. They send individuals to video and photograph pro-Palestinian protests with the express purpose of discovering “proof” of anti-Jewish acts.

Not only does the official Israel lobby have greater resources to document perceived abuses and promote them through the media, it has a greater interest in focusing the discussion this way. As Israeli oppression of Palestinians has become ever more difficult to defend, the lobby’s emphasis on driving the discussion towards anti-Semitism has grown. For its part, the pro-Palestinian movement is more focused on discussing the violence meted out against Palestinians.

With that in mind, let’s look at the most high-profile incidents of “anti-Semitism” cited by supporters of Israel:

While all forms of racism, including anti-Semitism, must be condemned, readers can judge for themselves who are the primary victims of hatred and discrimination in Israel, as well as here in Canada.

This content originally appeared on Dissident Voice and was authored by Yves Engler.