Well, they say that time flies when you’re having fun, and as you grow older such an expression seems to have an increased impact and meaning as each new cycle spins. But I’m not sure that any point in human history has seen as much flux as this still-young decade of the 2020s has already been through.

We began the journey with a cool launch as version 2.0 of the roaring twenties commenced, but that quickly gave way to the Age of  Terror in which the villainous machinations of mad scientists were revealed as they unleashed their plagues, which in turn brought us face to face with the next stage of Orwell’s fevered dream that has manifested in the form of draconian lockdowns, suppression of effective medical treatments, massive censorship, propaganda campaigns, forced inoculations in many parts of the world, and the rise of globalist-inspired technocratic tyranny.

It’s created one hell of a whirlwind thus far, so I can’t say I’m surprised that so many peoples’ heads are still spinning and that they can’t make heads or tails of what’s being imposed upon them as the jewels of liberty are methodically stripped away. But, even so, there’s really no excuse for not being informed and having a strong sense of discernment at this point in the process. It’s all been prophesized and warned about enough, no doubt.

Thankfully, it does seem as though some of the heralded signs have been taken to heart.

Did the World Economic Forum and the Fortune 100 corporations and the United Nations and the World Health Organization and Big Pharma and the Gates Foundation and the Rockefeller Foundation and the Carnegie Foundation and the Big Tech oligarchs and all the minions of these authoritarian governments across the globe that are continually imposing increasingly despotic edicts outside of natural and common law think that humanity was going to just collectively roll over, assume a fetal position, and suck their thumbs without putting up any resistance when the “build back better” and “great reset” and “sustainable development” and “Agenda 2030” bullshit hit the fan?

Well, of course, they understood quite well that a large swath of the sheepish population would do just that. But, hell, a lot of people at this point would put a bullet in their own brain or jump off a thousand foot cliff if certain experts that they worship as false idols informed them that such actions were the scientifically proven methods toward achieving radiant health and immortality (or even just simple immunity from a souped-up, bio weapon virus). That’s perfectly evident at this point of the game, and such behavior is no different than the people who gleefully lined up to turn their babies over to be sacrificed atop the Aztec pyramid when the priest class of that era convinced them that the sun had disappeared in a fit of anger when really it was just catching some shade during an eclipse and would pop back out at any moment without the need for slitting any throats.

That lemming-mimicking segment of society has never been concerned much with the precepts of common sense, critical analysis, or free thinking throughout the ages, and so their current fear-induced hysteria is no different in the modern epoch we’re currently living through.

But that doesn’t account for a solid 25% of people (or, if we’re fortunate, even more) who do care, greatly, about maintaining their own sovereignty. And so they won’t go down without questioning the so-called authority figures who are pulling all these heinous stunts. And, in the long run, it’s this courageous minority who will be victorious. Though it’s certainly going to be a bumpy ride along the way to reach that point down the line. So be it. The principles of autonomy are well-worth the effort to preserve, and a bit of discomfort in the short term sure beats the hell out of the Satanic one world government system of the beast being offered as an alternative path with an endgame of complete destitution and neo-feudalistic nonsense that will only bring about total enslavement of the species.

So it’s encouraging to watch the resistance as it mounts and grows by the day. It’s no doubt true that order arising out of chaos is a real principle that plays out in nature, society, and individual psychology. It’s just not going to be the type of manufactured decline of civilization that these transhumanist demons at the top of the scam are hoping for so they can offer their depraved solutions after the crash. It is their plans, ultimately, which are destined to fail, fall, and burn. Magnificently. Then the phoenix of renaissance can take flight.

I guess the big question that looms in the air before us now is: when does the Nuremberg Trial redux begin? Because I know that karma weaves its web and works its wiles on its own terms and in its own mysterious ways, but I’m sort of keen on the concept of justice being rendered swiftly and served in a timely fashion at this stage of the plot.

I’ve no doubt it will happen. For though it may seem as if darkness and deception have taken the upper hand and garnered dominion across the earth, there are always reciprocal forces at work behind the scenes keeping the overall energy in balance; and so, as the lies spewed forth from the mud-caked lips of swine become intolerably blatant, truth is risen up more quickly to breach the surface of the collective consciousness.

In fact, that’s why the authoritarians have taken their gloves off. They didn’t foresee in their algorithmic equations that resistance to their schemes would be so large, or how vehement certain folks would be in the desire to keep their freedoms intact. The control freaks feel their grip loosening and losing sway, and so they are doing everything they can in a hurried, bumbling, blundering fashion to try and keep hold of their tenuous grasp.

But we all know how sand slips through the fingers of a closed fist, and we’ve all heard tell about the genie that can’t be shoved back in the bottle once released. Yeah, Pandora is out and about, and there’s no turning back the clock now, darling.

The times have never been more interesting, and I’ve never been more thankful to be alive. The show must go on, and though the action might get a bit more perilous and sketchy as we reach the climatic scenes of this drama, there’s a big bright light shining from the other side pulling us forward with a magnetic tug of love.

So walk steady with a straight, sturdy spine in high spirits. Hallelujah. 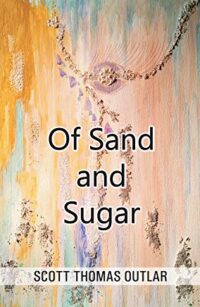 This content originally appeared on Dissident Voice and was authored by Scott Thomas Outlar.