Vanessa Meterko is the Research Analyst at the Innocence Project. She earned her M.A. in forensic psychology from John Jay College of Criminal Justice, part of the City University of New York.

When a crime is committed, police investigators are tasked with developing a suspect based on evidence. But, too often, their cognitive biases — unconscious beliefs they hold and inadvertent mental tendencies they have — influence this process, and this can lead to wrongful convictions.

For example, Levon Brooks was wrongfully convicted of assaulting and killing his ex-girlfriend’s 3-year-old daughter in Noxubee County, Miss., in 1992. That same year, in a remarkably similar case, a man named Kennedy Brewer was accused of assaulting and killing his girlfriend’s 3-year-old daughter in the same county. Mr. Brewer was also wrongfully convicted.

With cases like these in mind, the Innocence Project’s science and research team recently reviewed the existing social science research on cognitive biases in criminal case evaluations.

Despite the striking similarities in their cases, police honed in on Mr. Brooks and Mr. Brewer because they were the “usual suspects” — the boyfriends. They did not consider all the evidence and did not critically evaluate all possible leads. Nearly two decades later, DNA evidence identified the person who had actually committed both crimes and who had been a person of interest in the original investigations, resulting in the exonerations of both men.

Our research found that everyday people and law enforcement professionals alike are vulnerable to cognitive biases and that the biases can contribute to wrongful convictions.

What are cognitive biases?

In this context, “bias” doesn’t mean prejudice or favoritism. “Cognitive bias” refers to a wide variety of inadvertent mental tendencies that can impact perception, memory, reasoning, and behavior. These tendencies are universal, meaning everyone has them. They are the human brain’s way of adapting to a complex world. These tendencies are developed because our minds naturally identify patterns based on our experiences, environment, and the information we consume. They are like mental “shortcuts” we develop over time to help us process information and situations more quickly based on past experiences.

These mental shortcuts help us operate efficiently, but they also have the potential to skew our perceptions and, therefore, can undermine the search for truth in a criminal investigation. 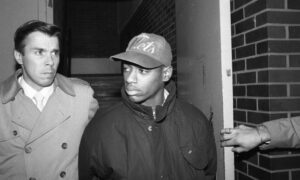 For instance, a common type of cognitive bias known as the fundamental attribution error could lead law enforcement to focus on the wrong suspect. This phenomenon occurs when people readily and quickly attribute someone’s actions to their character or personality, rather than considering situational or external factors that might explain the behavior.

This was the case for Innocence Project client Huwe Burton, who was a teenager when he returned home from school to find his mother murdered. After hours of interrogation during which officers intimidated and pressured the teen, he falsely confessed and later recanted. Rather than recognizing the power and influence of the situation (e.g., shock, grief, isolation, and threats during interrogation), when considering Mr. Burton’s confession, police, prosecutors, and ultimately a jury believed that the confession reflected his character and he was wrongly convicted.

Their perceptions of the teen could also have been influenced by implicit racial biases associating Black people with criminality. Though he had no criminal history, Mr. Burton was portrayed as a drug user who killed his mother for money. He was finally exonerated in 2019, after nearly 30 years.

The fundamental attribution error is just one of many types of cognitive biases, including anchoring, the availability heuristic, hindsight bias, and confirmation bias.

A type of cognitive bias that is commonly seen in wrongful conviction cases is confirmation bias — when a person selectively seeks, recalls, weights, or interprets information in ways that support their existing beliefs, expectations, or hypotheses. When initial impressions become firm conclusions based on selective information and without a critical evaluation of all the evidence, innocent people get wrongly convicted.

Bladimil Arroyo’s case is a clear example of this. In 2001, Mr. Arroyo was questioned about a murder in Brooklyn. At the time he was interrogated, police believed the victim had been stabbed and Mr. Arroyo ultimately provided a detailed confession in which he said he had stabbed the victim. However, the medical examiner later determined that the man had been shot, not stabbed, proving Mr. Arroyo’s confession to be false.

As in many instances of false confessions, it appeared that Mr. Arroyo had learned facts about the crime (and what police believed at the time) during his interrogation and incorporated them into his statement. As a result, his confession matched law enforcement’s initial, but incorrect, theory of how the crime occurred, yet the State pressed on with the case.

Rather than reevaluating why Mr. Arroyo had confessed to something demonstrably false, the State changed its explanation of the evidence to fit the suspect they’d already built a case around. At trial, the prosecution explained the erroneous details of Mr. Arroyo’s confession to the jury by saying that Mr. Arroyo claimed to have stabbed the victim in an attempt to minimize his involvement in the crime. Mr. Arroyo was convicted. In 2019, after an extensive reinvestigation by the Kings County Conviction Review Unit, his convictions were vacated and Mr. Arroyo was finally freed.

Social science research has demonstrated repeatedly what many already know from personal experience: Both individual and structural racial biases (particularly anti-Black bias) are woven throughout our criminal legal system. And these biases increase the risk of wrongful convictions and make the system unjust for all.

At an individual level, for example, such biases mean that Black men are perceived as more threatening than white men and are treated accordingly by law enforcement. According to the National Registry of Exonerations, Black people imprisoned for sexual assault are 3.5 times more likely to be innocent than white people. Black exonerees were also 60% more likely to be sentenced to life imprisonment than their white peers, and spent an average of 4.4 years longer in prison before being exonerated.

At a systems level, Black and brown neighborhoods are more heavily policed because they are perceived as more dangerous. This means that the people who live there have disproportionate contact with the criminal legal system and so their photos are more likely to be included in books of mugshots that are used to identify potential suspects. This ultimately increases their risk of being mistakenly picked out by an eyewitness for a crime they didn’t commit.

Taken together, the 30 studies reviewed by the Innocence Project’s team makes clear the vulnerabilities in criminal investigations. The existing research shows that members of the general public and law enforcement professionals alike are vulnerable to confirmation bias and other forms of cognitive bias and that additional environmental, individual, and case-specific factors may exacerbate these biases.

Various solutions to protect investigators from their own biases (e.g., instituting a “devil’s advocate” role within police departments) have been proposed, but few have been tested. Evaluating the impacts and effectiveness of potential remedies is an important prerequisite for any policy advocacy efforts because theoretically sound interventions may not, in fact, produce their intended effect. For example, one study found that encouraging study participants to focus on taking the right steps in the investigation process versus focusing on producing the right answer had no impact on confirmation bias. It also found that when participants anticipated needing to persuade someone of their hypothesis, their bias actually worsened.

An approach that showed promising results when tested involved prompting people to consider the potential innocence of their selected suspect and asking them to generate arguments that would support their innocence. In another encouraging study, investigators were asked to consider how well the same evidence could be used to support different hypotheses.

One of the most notable findings from our review was the dearth of studies testing various strategies like these to see if they work in practice; more real-world research is needed to understand how these solutions work in practice.

Of course, evidence evaluation and synthesis are just one part of a larger legal process. In addition to police, forensic examiners, defense attorneys, prosecutors, and judges also have powerful roles in determining case outcomes. Critically addressing the potential influence of cognitive biases throughout this system and promoting and implementing proven, practical protections against these tendencies will advance accuracy and justice, and prevent future wrongful convictions.

The post What Is Cognitive Bias and How Does It Contribute to Wrongful Conviction appeared first on Innocence Project.

This content originally appeared on Innocence Project and was authored by Dani Selby.