Twenty years after the 9/11 attacks prompted the US to invade Afghanistan, the Taliban announced they have taken the whole country again last week.

Journalists who remain there are at risk in spite of assurances media freedom will be respected.

Will proper journalism be possible under the Taliban? We ask a former foreign correspondent there who was once jailed by another repressive regime.

Anyone filling their lockdown downtime binge-watching the final series of US spy show Homeland might have found its fictionalised account of the US trying to get out of Afghanistan in a hurry pretty prescient.

“It’ll be Saigon all over again,” the gravelly-voiced Afghan president says as he warns the US that making peace with the Taliban will end in tears.

When the US troops left this month, it was indeed a case of “choppers at the embassy compound” once more.

And after that, getting other people out who feared the Taliban became a story all of its own.

RNZAF and NZDF forces dispatched to get out New Zealand citizens and visa holders provided the media with dramatic stories of improvised rescues.

One  exclusive in the New Zealand Herald described a grandmother in a wheelchair hauled out from the crowd via a sewage filled ditch, illustrated with NZDF images and footage.

But while the government said it got about 390 people out of the country, Scoop’s Gordon Campbell pointed out authorities here have not said how many were already New Zealand citizens — or Afghan citizens or contractors whose service put them and their family members in danger.

Afghan translator Bashir Ahmad — who worked for the NZDF in Bamiyan province and came to New Zealand subsequently — told RNZ’s Morning Report he knew of 36 more people still stuck there. 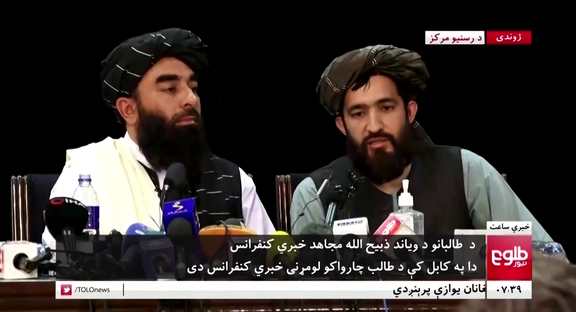 The end of 20 years of US occupation was witnessed by BBC’s veteran correspondent Lyse Doucet. She was also there in 1989 reporting for Canada’s CBC when the Soviet Union’s forces pulled out after its occupation that lasted almost a decade.

Back then she pondered how she would work when power changed hands to the Mujaheddin. Thirty-two years on, herself and others in Afghanistan — including New Zealander Charlotte Bellis who reports from Kabul for global channel Al Jazeera — are also wondering what the Taliban has in store for them.

The last time the Taliban were in charge — 1996 to 2001 — the media were heavily controlled and independent journalism was almost impossible.

Local and international media have flourished in Afghanistan after the US ousted the Taliban 20 years ago – but now their future is far from clear.

The Taliban have offered reassurances it will respect press freedoms. On August 21 they announced a committee including journalists would be created to “address the problems of the media in Kabul.”

But some have already reported harassment and confiscation of equipment. Five journalists from Etilaatroz, a daily newspaper in Kabul, were arrested and beaten by Taliban, the editor-in-chief said on Wednesday.

The #Taliban has arrested and badly beaten two journalists from @Etilaatroz . They journalists were covering demonstration in #Kabul. #Taliban_has_not_changed pic.twitter.com/gGZgWeXSFa

Other local journalists got out while they could.

The day before the suicide attack outside Kabul airport the BBC’s Lyse Doucet found pioneering journalist Wahida Faizi — head of the women’s section of the Afghanistan Journalists Safety Committee — on the tarmac trying to get out. (Faizi has reportedly reached Denmark safely since then through the assistance of Copenhagen-based group  International Media Support.)

In the meantime, the Taliban have been getting to know reporters who are still there.

Charlotte Bellis told RNZ’s Sunday Morning she was sticking around to cover what happens next in Afghanistan and build relationships  with the Taliban — and even give them advice.

“I told them … if you’re going to run the country you need to build trust and you need to be transparent and authentic – and do as much media as you can to try and reassure people that they don’t need to be scared of you,” she said.

It helps that Al Jazeera is based in Qatar where the Taliban have a political office.

But that money is for the UN agencies and the Red Cross and Red Crescent operations — and not an endorsement of the Taliban takeover.

That prompted the former chief of the UN Development Programme – Helen Clark – to call in to Newstalk ZB to say the media had been spun.

“They’ve cottoned on to the fact they can use social media for propaganda,” she told Newstalk ZB.

“When journalists run these stories it implies that governments are supporting the Taliban when nothing could be further from the truth,” Clark said.

How should the media deal with an outfit which turfed the recognised government out of power — and whose real intentions are not yet known?

The Taliban’s governing cabinet named last week has several hardliners — and no women.

Will reporters really be able to report under the Taliban from now on?

Peter Greste was the BBC’s correspondent in Afghanistan in the mid-1990s when the Taliban was poised to take over the first time — and he is now the UNESCO chair in journalism at the University of Queensland.

“We need to make it abundantly clear to the Taliban that they need to stick to their promises to protect journalists and media workers — and let them continue to work. The Taliban‘s words and actions don’t always align but at the very least we need to start with that,” Greste said.

“And we need to give refuge and visas to media workers who want to get out,” he said.

“Watching the way they treat journalists is going to be an important barometer of the way they plan to operate,” said Greste, who is working with the Alliance for Journalists’ Freedom to monitor abuses and to create an online “Afghan media freedom tracker”.

“There’s been an obvious gap between the spokespeople who say they are prepared to let journalists operate and women continue to work — and the troubling reports of attacks by Taliban fighters on the ground, going door-to-door looking for journalists and their families,” he said.

“We need to maintain communications with them. We need to use all the tools we can to make sure we are across where all the people are. Afghanistan’s borders are like Swiss cheese. It’s not always easy to get across — but it is possible,” he said.

Peter Greste said the translators and fixers the international journalists rely on are absolutely critical to international media.

“Good translators don’t just translate the words– but help you understand the context. To simply give refuge just to the people who have their faces in their stories and names on bylines is not fair,” Greste said.

Greste was jailed for months in Egypt on trumped-up charges in 2014 along with local colleagues when the regime there decided it didn’t like their reporting for Al Jazeera.

It triggered a remarkable campaign in which rival media outlets banded together to demand their release under the slogan “Journalism is not a crime”.

Does he fear for journalists if the Taliban resort to old ways of handling the media?

Will we even know if they make life impossible for media and journalists outside the capital in the future?

“The country has mobile phone networks now it has social media networks. It is possible to find out what’s going on in those regions and it’s going to be difficult for the Taliban to uphold that mirage – if that’s what it is,” he said.

“I’m not prepared at this point to write them off as an workable and we need to acknowledge the realities of what just happened in Afghanistan,” he said.

When Greste first arrived in Afghanistan for the BBC in 1994 there was no reliable electricity supply even in the capital city — let alone local television like TOLO news.

“One of the great successes of the last decade or two has been the flowering of local media. Western organisations and donors and Afghans have understood that having a free media is one of the most important aspects of having a functioning society,” he said.

Afghans have really taken to that with real enthusiasm. The number of outlets and journalists has been phenomenal. You can’t put that genie back in his bottle without some serious consequences,” Greste told Mediawatch.

The regime in Egypt wasn’t afraid to imprison him and his colleagues back in 2014. Does he fear for international reporters like Charlotte Bellis and her colleagues?

“Al Jazeera will have a lot of security in place to make sure the operation is protected,” Greste said.

“But of course I worry for Charlotte — and also the staff at work with her. As a foreign correspondent though, I think you enjoy more protection than most other journos locally,” Greste said.

“If my name had been Mohammed and not Peter and if I’d been Egyptian and not Australian or a foreigner there wouldn’t have been anywhere near the kind of outrage and consequences for the government,” Greste said.

This content originally appeared on Asia Pacific Report and was authored by Pacific Media Watch.