Janine Jackson interviewed the Forum‘s Chris Lehmann about media in a multi-racial democracy for the May 6, 2022, episode of CounterSpin. This is a lightly edited transcript. 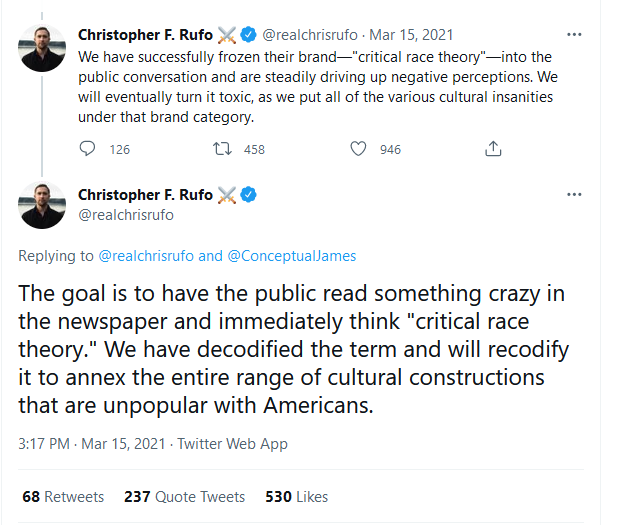 Janine Jackson: The concerted attack on critical race theory is one of the most appalling called shots in recent memory. Right-wing activist Christopher Rufo declared publicly:

The goal is to have the public read something crazy in the newspaper and immediately think “critical race theory.” We have decodified the term and will recodify it to annex the entire range of cultural constructions that are unpopular with Americans.

“In the newspaper” is not a metaphor here. Media have been the vehicle for this absurd anti-anti-racism campaign, which has achieved devastating traction in a country in which overwhelming majorities– 76% in a recent poll–acknowledge racial and ethnic discrimination as a big, not a past or historic, but a big problem.

Right-wingers know they can play a press corps that will seek to normalize whatever they do as representing one pole of a debate they can pretend they’re hosting, even as those actions threaten core democratic ideas. All of which makes corporate media the wrong place to talk about the assault on critical race theory, and all that it’s really about.

Into the breach is a new website primed for launch. The Forum is a daily site of news and commentary published by the African American Policy Forum. AAPF, where I serve as a board member, was co-founded by Kimberle Crenshaw, key expounder of critical race theory.

The Forum’s editor-in-chief is Chris Lehmann, former editor-in-chief for the Baffler and the New Republic, and author of The Money Cult: Capitalism, Christianity and the Unmaking of the American Dream.

He joins us now by phone from Washington, DC. Welcome to CounterSpin, Chris Lehmann.

Chris Lehmann: Thank you, Janine. Really happy to be here, and thanks for the great introduction.

JJ: As I understand it, while not denying that critical race theory, or what’s presented as that, is under attack, the Forum isn’t defining itself as a defense, but more a user of what is, after all, a tool. Is that right? 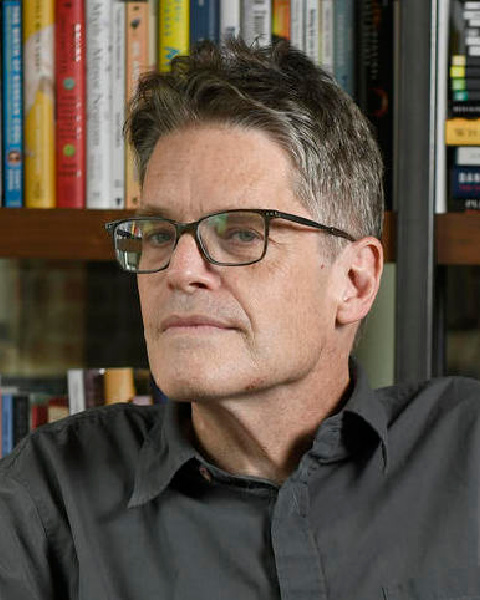 Chris Lehmann: “We cannot downplay or disregard the white nationalist assault on multi-racial democracy, and we have to document it everywhere it turns up.”

CL: Absolutely, Janine. Early on in the bad faith attacks from the right, it became very clear, when you’re locked in a battle with someone who’s lying, and shamelessly lying, the conventional, incremental fact-checking approach is doomed to fail, for the reasons you cited in your introduction.

So the Forum is meant to be a free-standing proof of concept for people curious about what critical race theory actually is and does. We’re not engaged in the doomed effort to call out the defamations and bad faith attacks from Rufo and company. Rather, we’re here to insist, what is more desperately clear than ever, that the race crisis and the democracy crisis are one and the same.

For entirely too long in American political history, political elites on all sides have regarded racial justice as something you can negotiate away in provisional, political calculations. We’re in this situation now because of that mindset, and the Forum is very much dedicated to demonstrating, in real time, the disastrous consequences of those kinds of calculations.

JJ: It’s interesting. With some people, it’s as if when we center race, we’re no longer talking about them.

JJ: It’s like, “oh, you’re going to talk about accents, but I don’t have an accent,” you know?

CL: You’re talking to a Midwesterner.

I appreciate very much that the Forum is not sort of pitching in as a defense of critical race theory, particularly given that the people behind this assault have made clear they don’t know or care what critical race theory is; it’s a vehicle for them to attack Black people and teachers and history and multiracial democracy in general. So I’m wondering, what is a sense of the range of pieces and perspectives that you’re looking to include, and what are you thinking of as a kind of cohering principle for the content? 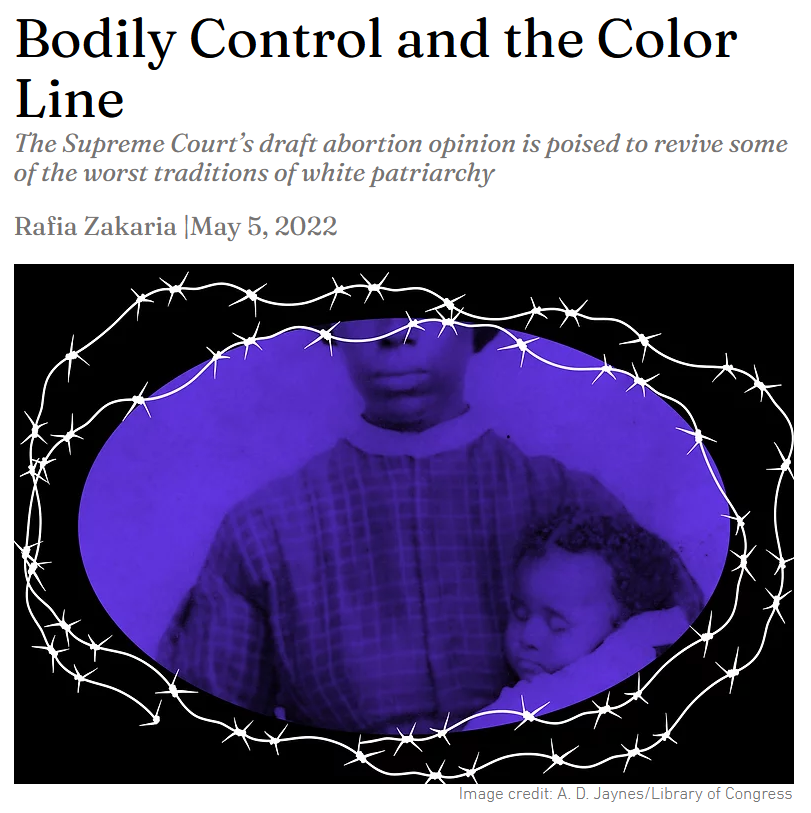 CL: I think the cohering principle is that we cannot downplay or disregard the white nationalist assault on multi-racial democracy, and we have to document it everywhere it turns up.

So this week on the Forum, we have a great piece by Rafia Zakaria, author of “Against White Feminism,” on the bombshell leak of the draft opinion by Joseph Alito to strike down Roe V. Wade, explicitly saying it has been a racial project to control women’s bodies, going back even before the founding of the United States, but certainly throughout the legacies of slavery and Jim Crow, that has been front and center. So that’s just a timely example.

Last week, we had a piece about Elon Musk’s takeover of Twitter, and how it also reflects what is, at bottom, a colonialist mindset: wealth conquering, literally, the terms by which we engage in public discourse, and sort of leaving a scorched earth behind.

JJ: So it’s showing the range of things that you may not have associated with this toolbox of ideas, but, in fact, it’s useful to apply this prism to.

CL: Yes, absolutely. Again, the race crisis and the democracy crisis are inseparable. And I think to talk responsibly about the fate of our democracy entails always acknowledging that the anti-democratic forces in our history, and in our political world today, are committed first and foremost to sowing racial divisions and to, as you indicated earlier, propel this mythic idea of a real America that excludes certain people, largely on the basis of skin color, but also gender.

Kim Crenshaw also founded intersectionality, which is the analytical tool that insists that you can’t separate out race and gender oppression and other forms of oppression. They are all part of one movement. As we’re seeing at this moment, when the initial attack on CRT in our schools has now metamorphosed into the “Don’t Say Gay” bills, the attack on trans Americans. It is all of a piece.

And we have to respond as one movement, saying that this is all an attack on our democracy. The Supreme Court opinion is a clarion call, in my view, that we have to organize at the most fundamental levels to stop these unaccountable, elite institutions that have spun out of democratic control. 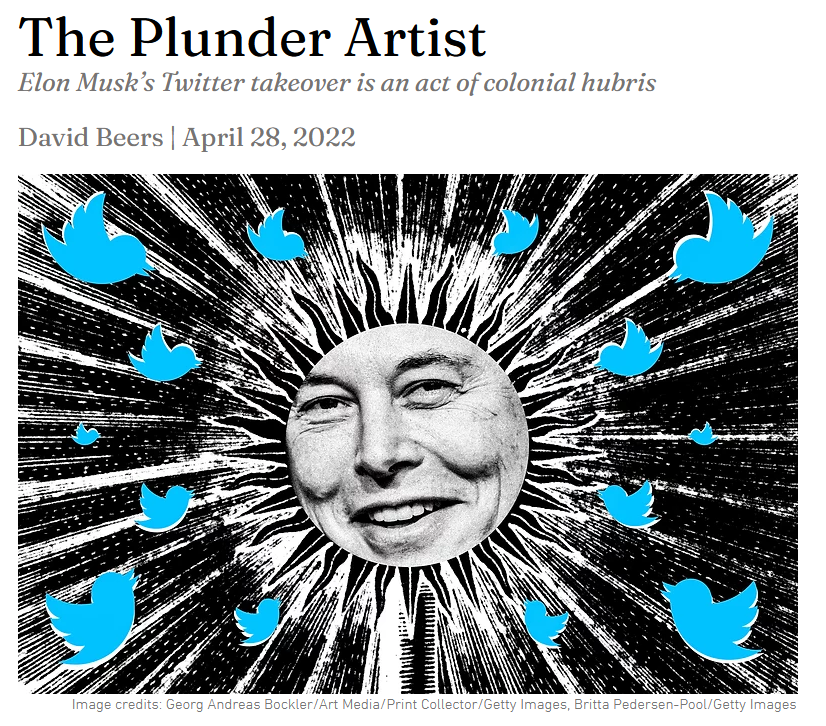 JJ: And just on that note, that has been where people see, I think, a huge void on the part of corporate media, in the failure to see these things as a coherent front, as a coherent campaign. It was maddening to see how many media just kind of picked up the script they were handed, and presented the attack on critical race theory not as an explicit disinformation effort that’s aimed at the same dusty, racist goals, but presented it as a “controversy,” sprung up organically from the soil of school boards around the country.

And that’s media telling the wrong story, and really fundamentally misrepresenting the scale of things that are going on. And I think when a lot of people complain, to FAIR certainly, about media, what they’re looking for is a sense of urgency, a sense that the chips are down, and that journalists need to pick a side. And what we’re getting instead from elite media is, well, you know, some people think Black people are inferior, and then other people call those people racists, and why don’t both sides just kind of calm down?

CL: Right. And, as they say on the Sunday shows, “We have to leave it there for now,” you know what I mean? Yeah, that whole mindset is disastrous in conditions of democratic peril and the conditions we’re living through now. We have a major party that is now weaponized by white nationalist ideology, and undertook a coup on January 6 of 2021.

And our media, the mainstream media industrial complex, is sleepwalking through this moment, in part because they have institutional investment in treating politics as a game. It is not a game. This is not a drill. This is an all-hands-on-deck moment for anyone who cares about the democratic future of this country.

And, yeah, our media cannot afford to just reflexively both-sides something as fundamental as the right to know what our history is, and the right to learn, and the right to, yes, pursue actual racial equity in our institutions, because it is long past time to do so.

JJ: All right, well then, into the breach, as I say, come new spaces, like the Forum. We’ll look out for it.

CL: Thank you so much, Janine. I really appreciate it.

JJ: We’ve been speaking with Chris Lehmann, editor-in-chief at the new news and commentary site the Forum. Thanks again, Chris, for joining us on CounterSpin.

The post ‘The Race Crisis and the Democracy Crisis Are Inseparable’ appeared first on FAIR.