Five people are dead and more than a dozen others injured after a gunman opened fire at Club Q, a LGBTQ nightclub in Colorado Springs in the early hours of November 20.

November 20 is also Transgender Day of Remembrance, which memorializes victims of anti-trans violence. Two transgender people, Kelly Loving and Daniel Aston, are among the dead in Colorado Springs. This attack was reminiscent of the 2015 massacre at the Pulse nightclub in Orlando, in which the gunman took 49 lives. If two Club Q patrons—Richard Fierro, an Army veteran, and an unnamed patron who witnesses say was a trans woman—did not disarm the shooter, he likely would have killed more people.

As morally depraved transphobic politicians like Colorado Rep. Lauren Boebert offer their “thoughts and prayers,” and news outlets offer wall-to-wall coverage of the tragedy, it is important to remember the media’s role in normalizing violent and hateful right-wing rhetoric.

MSNBC’s Ben Collins (Twitter, 11/22/22) spoke Tuesday morning  about the shooting and asked what reporters can do differently to avoid being part of the problem:

Conversations on Twitter in response to Collins’ question mention the need for more transgender representation in the newsroom and the need to stop covering anti-LGBTQ talking points as anything but hate. 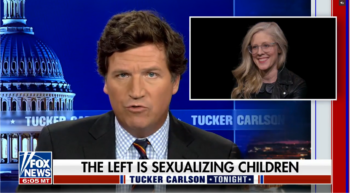 In the wake of the Colorado Springs shooting, Tucker Carlson (Fox News, 11/21/22)doubled down on transphobia.

In the days since the shooting, Fox News has been relatively silent about the trans issues, with only five mentions as of November 22. And some of the coverage was  hate-filled business as usual, as when Caitlin Jenner condemned a young trans athlete for winning in a race on America Reports (FoxNews.com, 11/21/22).

One of the few mentions of the shooting was Carlson himself (11/21/22) lambasting people for blaming an anti-LGBTQ attack on people like him.  He claimed people were blaming the right for the mass shooting because they “complained about the sexualizing of children.” 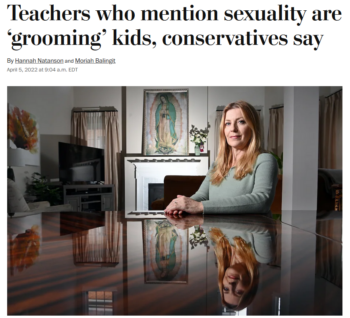 These delusional conspiracy theories about LGBTQ people “grooming” children are a fixture of outlets like Fox. But centrist and “liberal” media must also answer for their platforming of transphobic points of view, and chronic “both-sidesing” of bigots with LGBTQ people and allies.

Below is a list of some of the instances of normalized homophobia and transphobia FAIR has documented in recent years: 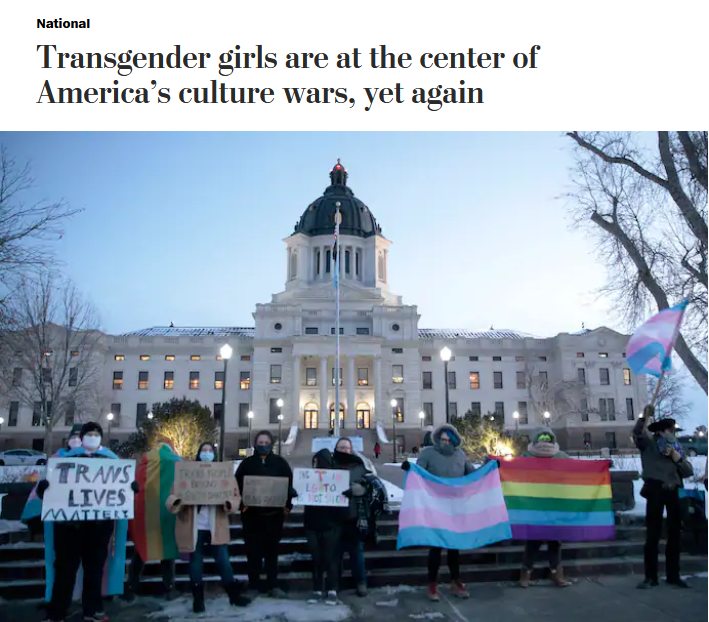 If “transgender girls are at the center of America’s culture wars,” they’re not at the center of this Washington Post piece (1/29/21); only one is quoted, in the article’s very last paragraph.

FAIR has also documented the lack of transgender youth quoted in both centrist and far-right news outlets (FAIR.org, 5/5/22).  When the Washington Post (1/29/21, 4/15/21) covered the anti-transgender sports campaign in two 2021 articles, sources that were transgender athletes were outnumbered 11 to 1 and 17 to 3, respectively (FAIR.org, 5/6/21). Right-wing efforts to demonize trans people (as well as others in the LGBTQ community) are that much more effective when the targets are denied the ability to speak for themselves.

Transgender people are more than four times as likely as cisgender people to experience violence including rape, sexual assault, and aggravated or simple assault. Transgender people of color are disproportionately victims of fatal violence. Eighty-two percent of trans youth have considered killing themselves, and 40% have tried. Trans adults are more likely to not have health insurance and report cost-related barriers to healthcare. In general, data suggests the mortality rate of trans people is more than twice that of cis people.

The risk of living as a transgender person is widely known, yet news outlets still treat their existence as something that’s up for debate. As we’ve seen time and again, transphobia costs lives.

News outlets need to be held accountable for their complicity in presenting and watering down this hateful, violent ideology.

This content originally appeared on FAIR and was authored by Jim Naureckas.