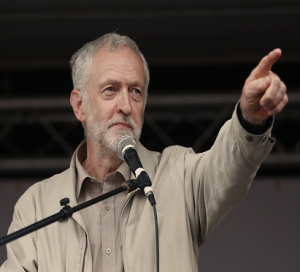 In 2020 Kier Starmer became UK Labour leader and promptly reneged on just about every campaign promise he’d made to adhere to the policies, traditional Party principals, and post-war consensus values, that had been restored under Jeremy Corbyn’s previous tenureship.  Starmer has withdrawn the Party Whip from Corbyn – effectively exiling him – and more recently given interviews about the Party supposedly having to ‘recover’ from Corbyn’s leadership.  In this he’s been consistently aided and abetted by various commentariat neoliberal mouthpieces in the corporate media, similarly implying that the Blairite era was some sort of successful norm.

This spin on recent history presupposes two false premises.  Firstly, that the era of Corbyn’s grassroots mobilisation was some sort of oxymoron democratic failure, this the available evidence belies.  Secondly, that rather than being a process of direct democratic representation on behalf of the mass of society, electoral politics should be treated as some sort of advertising/marketing game designed to facilitate the careers of a small handful of individuals, operating on behalf of highly financed corporate lobbyists. This was not what the Labour Party was formed to do.

As a representational organisation, the Labour Party had been originally founded by mass movement Trade Unionists and Chartist campaigners for the poor. Post-war, in terms of representing the economic interests of society’s economically oppressed working-class, the marginalised, and have-nots, it had prior to neoliberal entryism, some similarities with the pre-Clinton insurgency Democratic Party. Contrary to Starmer’s and corporate media’s constructed narrative of supposed neoliberal electoral efficiency, the evidence from recent history of collapsing General Election voter numbers demonstrates quite starkly, that Labour’s social base, has realised it’s being democratically denied the representation from its Party, it historically could have expected and desired.  Its societal grassroots therefore recognised it had no vested interest in continuing to vote.

The Labour Party came unsuccessfully through Thatcherism smeared and bullied by the right-wing Murdoch and Rothermere Press who day-to-day, did the propaganda heavy-lifting for the Tory Party’s campaigning. From this era, Neil Kinnock was the last traditional Labour leader. Kinnock invoked working-class authenticity by claiming to be a proud Welsh socialist – though having subsequently accepted a peerage and later supported neoliberal entryism, this historical claim would seem to have been just spin.

That said, Labour under faux but perhaps at least perceived real traditionalist Kinnock, came out of the 1992 General Election losing, yet with an improved 11.5 million votes. In 1997, years of Tory corruption resulted in Tony Blair riding into power on an anti-Conservative turnout for New Labour, of 13.5 million votes. Yet, five years of pandering to big money and therefore economically attacking his own supporters, meant that at the 2001 General Election only 10.7million voters thought the Party still represented them. Blair had lost nearly 3 million voters — 2 million the Party had previously picked up off the Tories, and nearly a further million, down on the Party’s performance under Kinnock had disappeared on apparent electoral strike (significantly this is well before the Iraq War). In 2005 the deterioration continued under Blair with the Party albeit staying in power, but losing another million Labour voters, now down to 9.5 million.  In 2010 Labour’s neoliberal former Chancellor Gordon Brown, led the Party to defeat and astonishingly only 8.5 million people now thought the Party actually represented them.

In all during this period Blair and Brown managed — via their self-serving corporate lobbying aligned curatorship of the Party — to burn their way through the allegiances of 5 million voters, while losing two thirds of Labour’s once 400,000 strong membership, and this during a period when the UK population was actually increasing. If Labour’s social base had any voice in an ever more unrepresentative billionaire orientated corporate media, somebody surely would have asked ‘just who have these neoliberals been working for?’

Labour’s new young Leader Ed Miliband, rhetorically made the pretence in the 2015 General Election, of apparently moving the Party back to the left and from Gordon Brown’s mere 8.5 million votes, managed to stabilise the rout of its disappearing grassroots, but still only obtaining an electorally failing and underachieving, 9.5 million voters support.

Jeremy Corbyn then became Leader and the Party in losing the 2017 General Election, still dramatically managed to turn around 16 years of decline, with 12.8 million voters now believing Labour once again represented them. Indicative of the renewed long-term health of Labour its now 0.5 million members made it the largest political organisation in Europe.  All of this was achieved with the neoliberal Labour right doing everything possible to bring Corbyn down in the two years prior to the General Election – even restaging a Leadership contest within a year of Corbyn first success.

In the run-up to the 2019 General Election the Party had to contend with a partisan corporate media at war with it, an ongoing pro-Israel moral panic, an attempt to subvert the Brexit referendum by globalised free trade interests, clearly designed to change Labour’s leadership and direction.  All of which was supported by the Party’s neoliberal right.

Given that much of Labour’s heartlands favoured leaving the EU, the anti-democratic attack on the referendum result was probably the most damaging. If you’re not respecting votes cast you can’t expect voters to support you. In any case, contrary to media spin, the referendum result had not been particularly close. The available pool of voters was 46 million. 16 million voted to remain in the EU and lost. That meant 30 million people either favoured leaving or in abstaining, were content to go along with the democratic outcome, whichever way — Leave/Remain — it came out.

Consequently Labour under Corbyn lost a lot of MPs in the 2019 General Election, many in Party heartlands. This was spun in the media as one of Labour’s worst ever results. Actually, even in these circumstances, 10.2 million voters felt that the values and manifesto of Labour with Corbyn leadership represented them. This was more than voted for the Party under Ed Milliband, more than voted for the Party when Gordon Brown was leader. It was even more than voted for the Party during Blair’s last election win. The nature of Britain’s ‘first past the post’ voting system means that if your Party turn-out is not concentrated in specific districts but instead spread-out, you might enjoy popular support but not constituency MP successes.  But at least under a Party traditionalist like Corbyn the future health of Labour as a social movement could be regarded as secure – at least until Starmer came along.

All of which begs the question once the dust from electoral marketing has settled, why comparatively do neoliberals haemorrhage votes so quickly? In the case of Blair and Brown, in wasn’t only the case their reputations were in tatters with Muslims and anti-war groups. In order to maintain a low tax regime on the rich and corporate elites, there was hardly a part of working-class life that was not attacked by them. They abolished the mandatory student grant and introduced fees, so now deeply indebted students had no reason to be grateful to them.  The poor, who had their access to welfare cut while being stigmatised as ‘scroungers… part of a culture of dependency’, had no reason to vote neoliberal New Labour. Low income social housing residents told, their rents would be forced up to market levels, similarly had no reason for gratitude.  And of course neoliberal employment casualisation means that a generation of young workers now have less job protections than previously enjoyed by their grandparents.

We might also presume that the Clintons have done similar damage to the long-term culture of the Democrat Party.  The people of Arkansas experienced three terms of the Clintons in the governor’s office. They had two terms of the Clintons in the White House.  Yet in the 2014 US poverty rankings Arkansas came forty-eighth out of fifty states. One of the two worse-off states was Louisiana. It might be glib and not particularly original but it is possible to conclude that having the Clintons represent you is nearly as bad as experiencing Hurricane Katrina.

Of course it is difficult to identify the same level of voter decline in the United States because in the same 1992 to 2020 time period, the country’s population increased from 256,990,607 to 331,449,281.  This increase of 74,458,674 is so large it’s roughly the size of Trumps 2020 second ever largest Presidential voter turnout (obviously this does not necessarily indicate the same people voted for him).

However, there is one US example that is quite helpful. In 2008 Barack Obama campaigned for the Presidency – like Blair in 97 – as the anti-status-quo ‘change candidate’ and picked up a historically large voter turnout of 69,498,516. But in office he continued foreign wars, protected the professional banking class, little was done to improve the economic or educational opportunities of working-class Americans, and Obama impotently rung his hands while a Black Lives Matter crisis played out on the streets.

In 2012’s election Obama’s turnout dropped to 65,915,795. The resulting loss of 3.5 million voters, who no longer felt represented, is not huge in a country the size of the US. But what happened next is interesting. In the run up to the 2016 Presidential election the Democrats could at least claim to have expanded US medical cover. Yet Hillary Clinton lost to Donald Trump despite him being depicted in the corporate media as a bogeyman. Clinton’s loss was spun in the corporate media as a popular vote win.  However her 65,853,514 turnout meant she’d struggled to just about get into the ballpark of Obama’s declining second, Presidential vote count.  Significantly Clinton had only made it into the race courtesy of DNC shenanigans in her favour at the expense of grassroots darling Bernie Sanders.

In 2020 Joe Biden made it into the White House on the back of a massive record breaking anti-Trump vote of 81,268,924 million. Biden is little better than neoliberal Hillary Clinton.  Over the next five years every failure, every betrayal of leftist grassroots Democrats will – according to past form – erode that voter turnout. Short of Trump or a significant number of his older supporters dropping dead, come the next election, most of his fanatical 74,216,154 voter turnout will be intact.  The losers will be those who wanted a fairer America but got stuck with neoliberals.

Here in the UK there are local elections on Thursday May 6 2012. Labour Leader Starmer has spent the last year, attacking, smearing and banning the Party’s own constituency groups and supporters. The word is that Labour voters are back on electoral strike. Some have formed The Northern Independence Party (NIP). Activists are refusing to canvass and campaign for the Party.  If results are as bad as expected, Starmer will no doubt blame Corbyn and his legacy. The corporate media will likely choose to echo this untruth.  The message from this is that grassroots groups need to find a way turning their Parties back into representative social movements, instead of marketing machines for unscrupulous careerists, in pursuit of corporate lobbying money.

Gavin Lewis is a freelance Black-British mixed-race writer and academic. He has published in Australia, Britain, Canada, and the United States on film, media, politics, cultural theory, race, and representation. He has taught critical theory and film and cultural studies at a number of British universities. Read other articles by Gavin.

This article was posted on Saturday, May 8th, 2021 at 1:32pm and is filed under Neoliberalism, Opinion, Politics, Unions, United Kingdom.